The Third Ward scene is heating up again, this time with the addition of a new adult-focused venue emphasizing cocktails, wine, craft beer and... chocolate.

The Third Ward scene is heating up again, this time with the addition of a new adult-focused venue emphasizing cocktails, wine, craft beer and … chocolate.

And you’ll be able to enjoy the new venue sooner than later. Nicole’s Third Ward Social, will open to the public on Friday, Sept. 27, at 333 Broadway St.

That’s the former home of the Red Elephant chocolate shop and cafe, a business which will be woven seamlessly together with an entirely new bar and lounge concept.

What you can expect 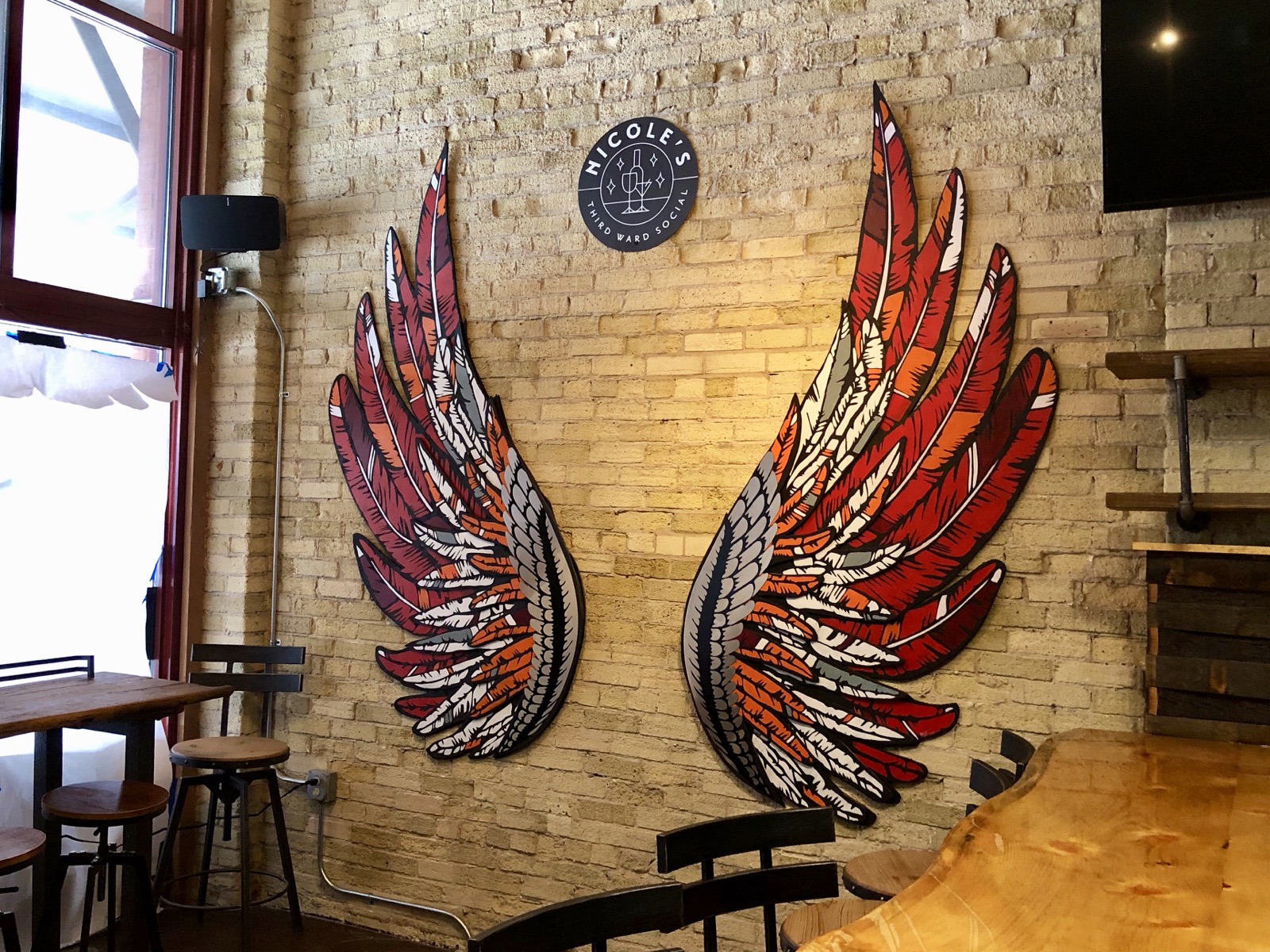 In addition to Musial’s work, the bar will incorporate a rotating selection of art from local artists, which will be available for purchase.

Meanwhile, the former office space behind the shop will be home to a lounge area featuring modern leather soft seating, coffee tables and burgundy walls augmented by more artistic pieces.

The menu at Nicole’s will feature 30 types of wine, local craft brews, classic ice cream drinks, cocktails and some of Red Elephant’s most popular products, including hot chocolate, Sassy Cow ice cream, cake bites and chocolates. There will also be cheese and charcuterie plates provided through a collaboration with the West Allis Cheese & Sausage Shoppe and Bloody Marys made with Lutz Bloody Mary Mix.

The venue is a collaboration between Red Elephant owner Richard Koenings and longtime industry veteran Jake Dehne, who formed a new marketing, management and consulting company called the Sydra Group earlier this year. Venues including RWB and Buckhead Back Bar Saloon, along with an Airbnb company and Nicole’s Third Ward Social will all fall under the Syndra Group umbrella. 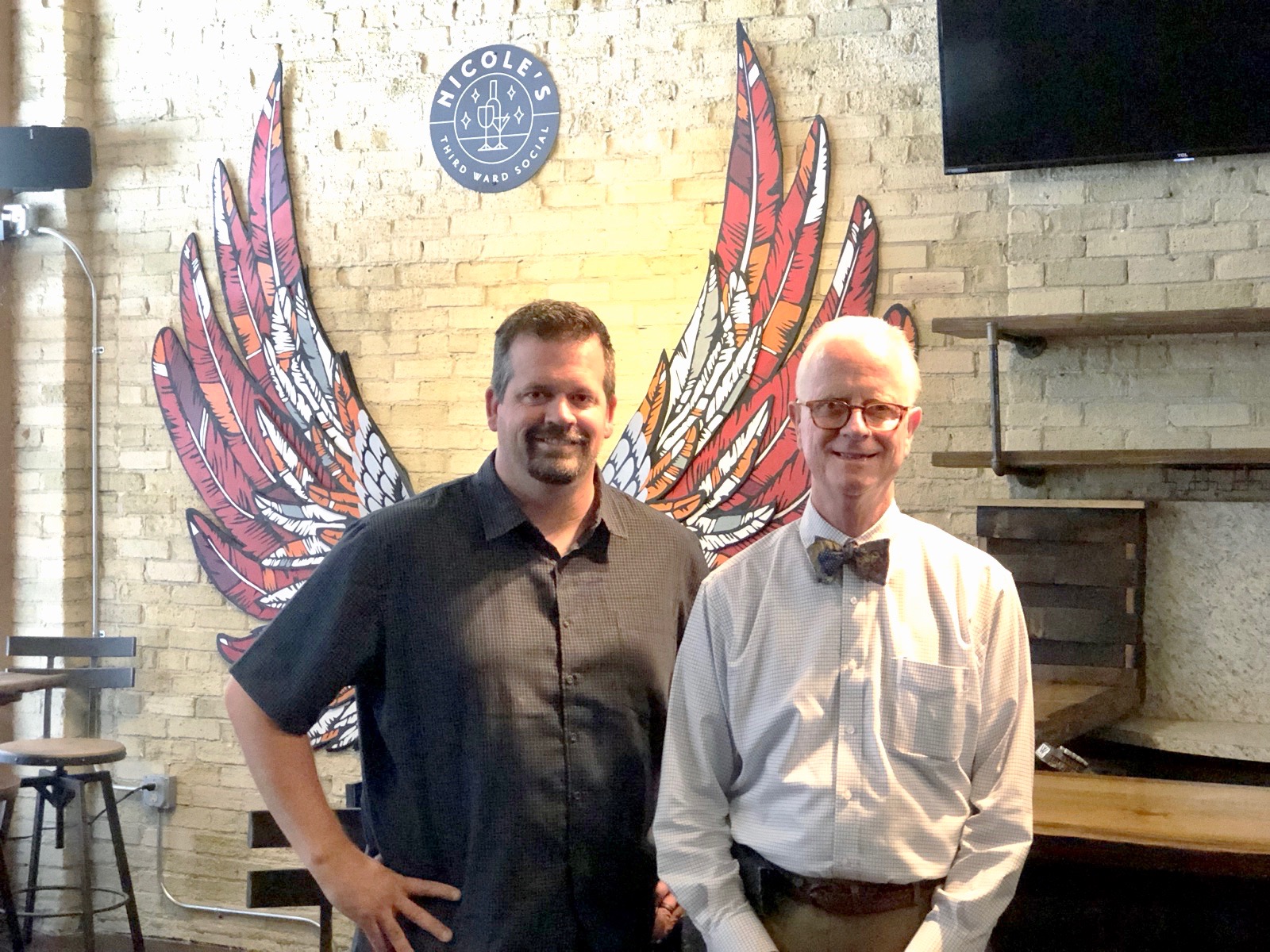 Dehne says the idea for the new concept was birthed about a year and a half ago when he accepted an offer from Koenings (who happens to be his uncle) to assist in managing the Red Elephant Chocolate shop. Koenings had aspirations to grow the wholesale end of the chocolate business, as well as plans to release a new cocoa bean beverage and superfood product called Chak-Atl. But he couldn’t accomplish his goals alone.

"As we talked, we realized we had a great opportunity at our disposal," says Dehne. "We’re next to one of the most popular bars in the area. We have great restaurants here in the Third Ward. So why not introduce a new concept that complements all of that?"

From there, Dehne and Koenings set out to develop a brand new concept with their wives Nicole and Sharon in mind.

"It made perfect sense to develop the concept around what they – and their friends – look for when they go out," Dehne says, noting that the venue is named for his wife, Nicole. "After talking with them and getting their feedback, we decided on a truly social environment where people can sit, talk and enjoy one another’s company while enjoying great drinks … and chocolate."

"I’ve lived in the Third Ward for almost 10 years," adds Koenings. "And I think we have the perfect audience for this here. It’s the boutique shoppers, the wanderers and the theater-goers that we’re thinking of."

As for Red Elephant, the company will continue producing its chocolate products on premise.

"This partnership allows me to focus on both growing the Red Elephant wholesale and ecommerce business along with my separate ‘Chak’Atl’ cocoa bean beverage SuperFood product business," says Koenings. "And I can do so knowing that Jake brings tons of experience to the table and can really take the Nicole’s Third Ward Social concept and run with it."

Koenings says he will also continue to host Red Elephant chocolate classes once a month in the back lounge at Nicole’s. He’ll also expand class offerings to include wine and chocolate tastings, whiskey tastings and a wider assortment of art and wine events.

Dehne says, if all goes well, they hope to expand the Nicole’s brand to the suburbs beginning next year.

Beginning Sept. 27, Nicole’s Third Ward Social’s hours will be Wednesday and Thursday from 1 p.m. to midnight, Friday from 4 p.m. to 2 a.m. and Saturday and Sunday from 11 a.m. to 2 a.m. The space will also be available for private events.