Nineteen Thirteen is high art, a pairing of two unlikely instruments and a style that is totally its own. This is a group that sounds at home at the Jazz Estate or Linneman's, but eclectically and wonderfully out-of-place on the BMO Stage. But also not.

Victor DeLorenzo knows a thing or two about Summerfest. The percussionist of the two-piece band Nineteen Thirteen made his fourth appearance here Thursday afternoon alongside cello virtuoso Janet Schiff. But as the former drummer of the Violent Femmes, DeLorenzo told me recently he thinks he played the Big Gig at least nine times.

In other words, those 13 or so appearances put him in pretty exclusive company (we both agree that Sigmund Snopek has played even more), but the Femmes and Nineteen Thirteen couldn’t really be more different. 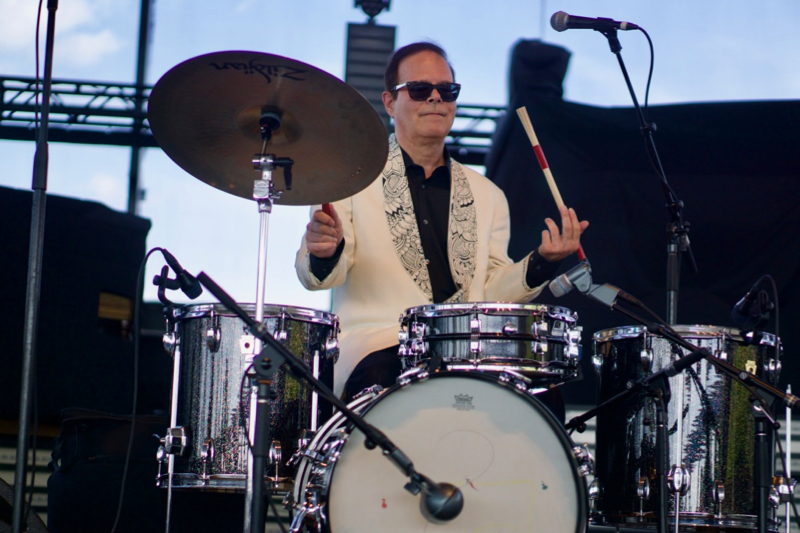 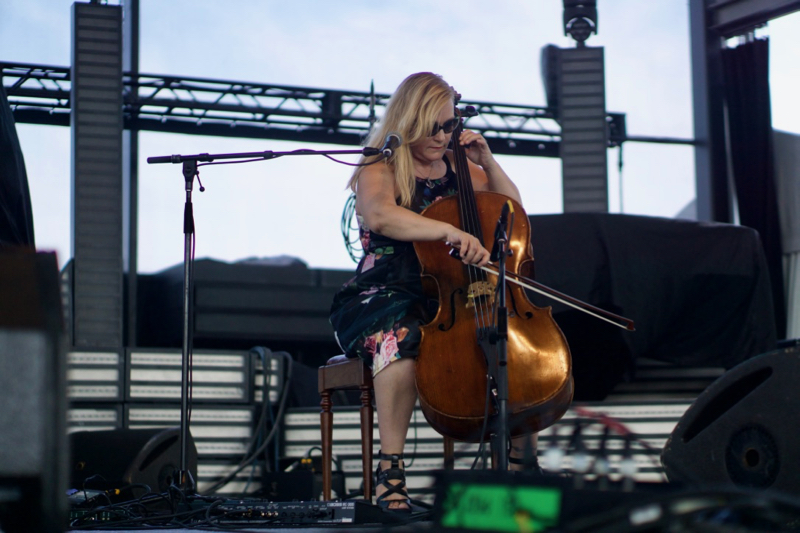 This isn't a New Wave alt rock party band (and I say that with the utmost respect for my former favorite group). Nope. It’s something else, and the few hundred people here for this 4:30 show – or perhaps early for REO – were in for a time traveling musical journey.

This is high art, a pairing of two unlikely instruments and a style that is totally their own. This is a group that sounds at home at the Jazz Estate or Linneman’s, but eclectically and wonderfully out of place on the BMO Stage. But also not.

For those of us in the know, we witnessed two native Milwaukee musicians practicing their craft in front of a sparse but rapt audience. For those just strolling by, maybe it seemed strange. They should’ve listened harder.

Because if they did, they would have heard Janet and Vic singing on "Arco, Pizzicato," and "Bye, Bye" and that's not something we hear too often, unfortunately. Victor's deep voice compliments Janet's almost twangy timbre.

When they’re back to instrumentals, Nineteen Thirteen is music from another time (and not exactly from 1913, although Janet's cello was built in Romania and in 1913). It crosses genres and yet, it always sounds good and never outdated. In fact, it’s about to sound better, I'm told: Victor has been teasing me by text with new music that’s just around the corner.

Always reinventing themselves, their music is like chamber rock – if that's a thing. DeLorenzo drums sound like a train on a track, while Schiff is the locomotive's billowing smoke. Today, I was especially a fan of their Kraftwerk cover of "The Model." They played for just over an hour.

Of course, I’m biased. I’ve known Victor and Janet for many, many years. Victor is an occasional blogger for OnMilwaukee – but I’m also a fan of this band. Maybe that’s why this review is hard to write.

Nineteen Thirteen is a hard band to describe. But I will try: Imagine the band Morphine, but without the vocals. Occasionally Asian-inspired and sometimes gritty, but also with driving beats that you could dance to. Now put that sound into a dark, haunting and epic movie, with live cello loops. Let the emotion wash over you and don't ask questions. Just appreciate the beauty. Each song is like an act in a play, and it's up to the listener to fill in the plot.

Does that make sense? I mean, with this band, two people doesn't seem like enough ... but it's just right.

- Renee Bebeau contributed to this report. 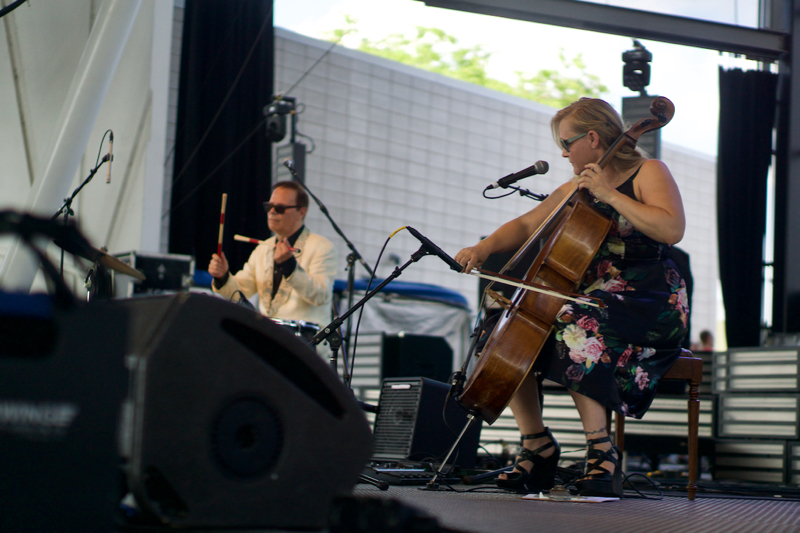