First look: The view from the 32nd floor of the new Northwestern Mutual Tower

We recently got a tour of the new Northwestern Mutual Tower and Commons, and in addition to taking in some absolutely breathtaking views from the 30th and 32nd floors, we learned a little bit about the environmentally friendly features of the building.

It’s impossible to be anywhere in view of the Downtown Milwaukee skyline and not watch with at least some interest the rising of the new Northwestern Mutual Tower and Commons on the east end of Wisconsin Avenue and Mason Street, with its sleek glass face and curvaceous sweep along the Prospect Avenue bend.

In addition to creating about 1,000 construction jobs and helping to expand Northwestern Mutual’s workforce, the tower will be one of the greenest on the Downtown landscape. 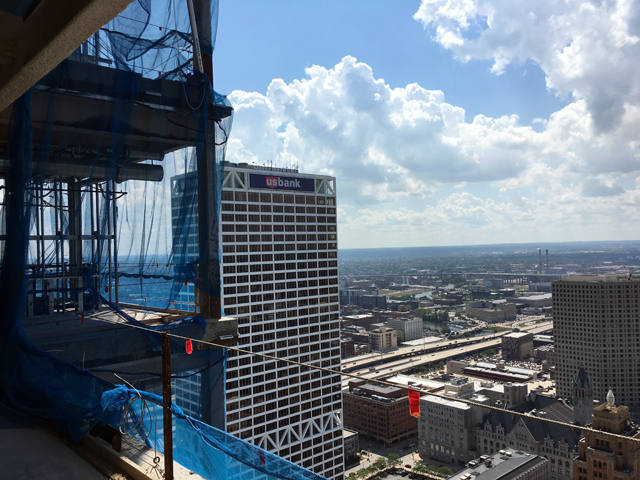 We recently got a tour and in addition to taking in some absolutely breathtaking views from the 30th and 32nd floors – we made it as high as you can go without going to the roof – we learned a little bit about the environmentally friendly features of the building, which rivals its neighboring US Bank Tower in height, falling just a tad bit shorter.

On the lower "Commons" area of the project, which runs along Mason Street, just west of the tower, is a 42,000-square foot green roof that will be planted with a variety of sedum, with financial support from the Milwaukee Metropolitan Sewerage District.

The roof won’t be open to employees or the public – though it will green the view of many employees whose windows face west – but it will limit stormwater run-off and will be used by MMSD to promote the benefits of green roofs to other building and business owners. It will also help ease heating and cooling costs. 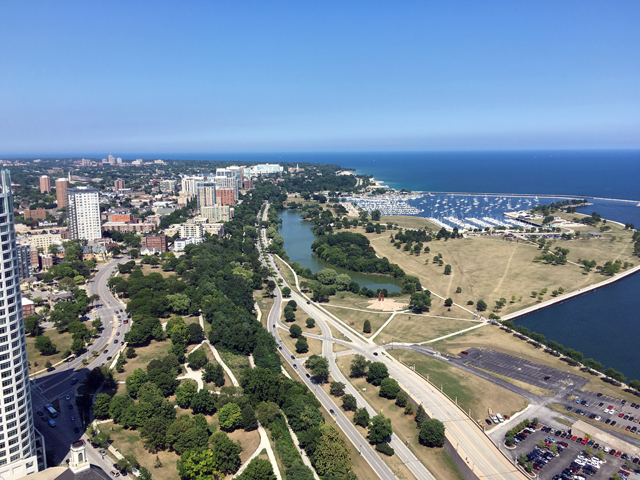 Speaking of which, the tower’s window curtain wall – the elements of which are being assembled at the old Tower Automotive site on the city’s northwest side – is specially engineered to reflect light and heat in the winter and absorb them in the winter to minimize heating and cooling use.

A boiler system that uses both condensing and non-condensing high-efficiency packaged boilers will also help trim heating consumption in the 32-story tower.

Low-flow toilets, urinals and sinks will cut water usage, and a series of systems will help keep light switches in the off position as much as possible.

The Commons will also be extensively lit with LED lights. Plus, as in the tower, the low-slung Commons area will be bathed in light during most of the workday, thanks to copious glass curtain walls and skylights.

Windows still flying up for installation 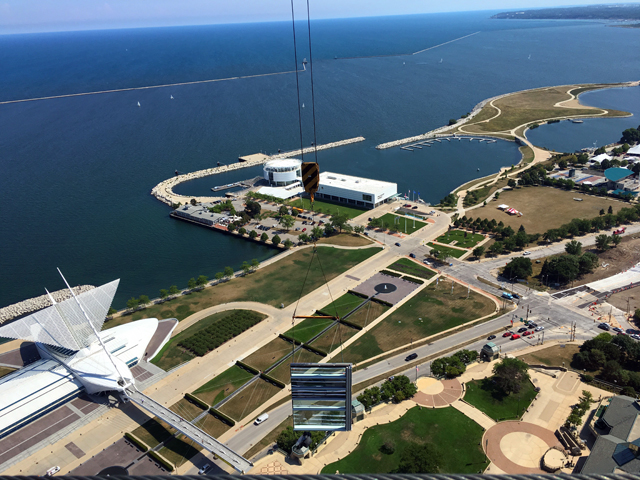 The Commons area is bathed in light 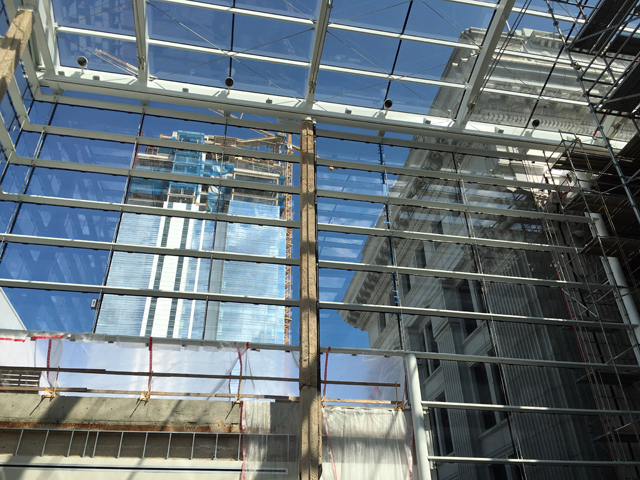 The view down to the 777 N. Van Buren work site 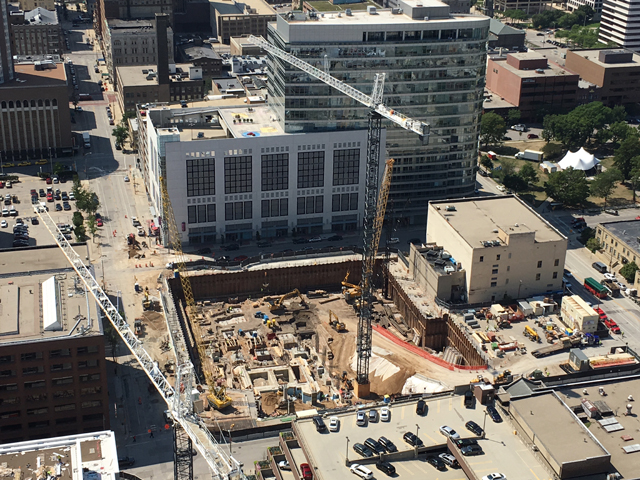 An aerial view of the green roof 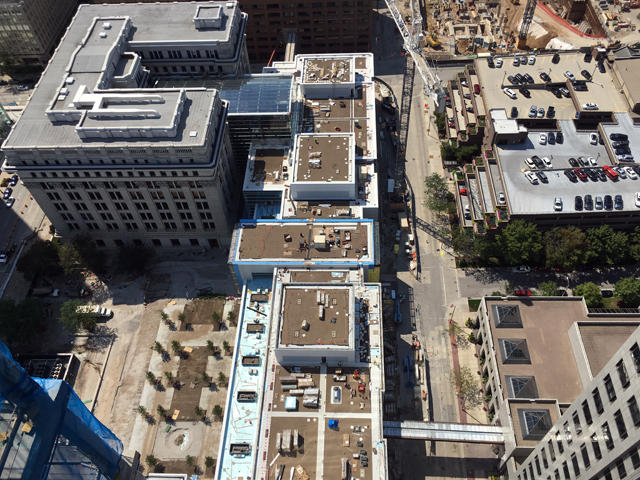 The soaring lobby will be clad in marble 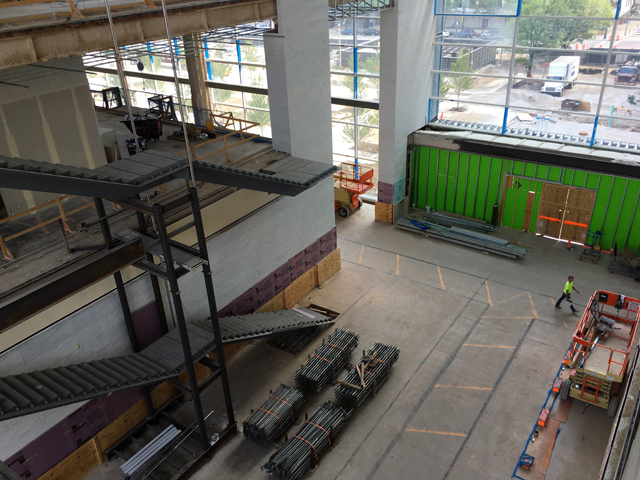 This (employees-only) restaurant will have the best view in town 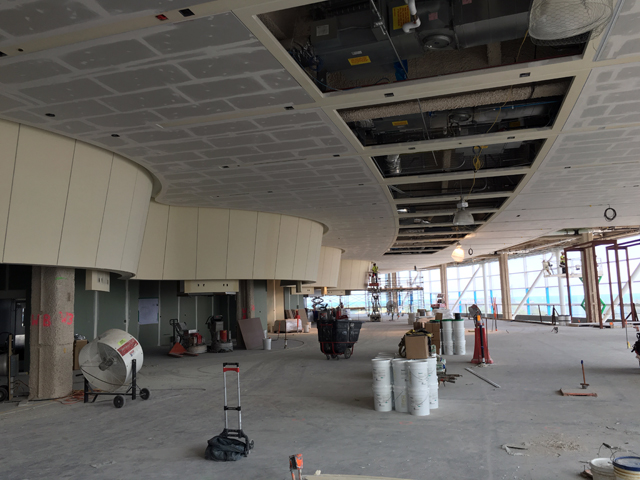 The view from that distinctive east-facing corner 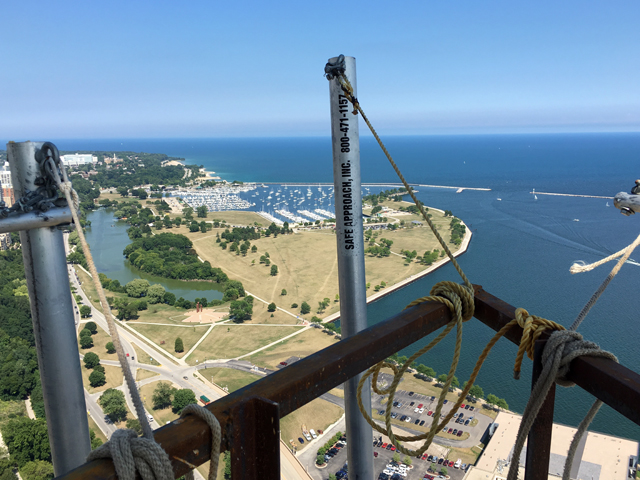 The top of the building will house infrastructure 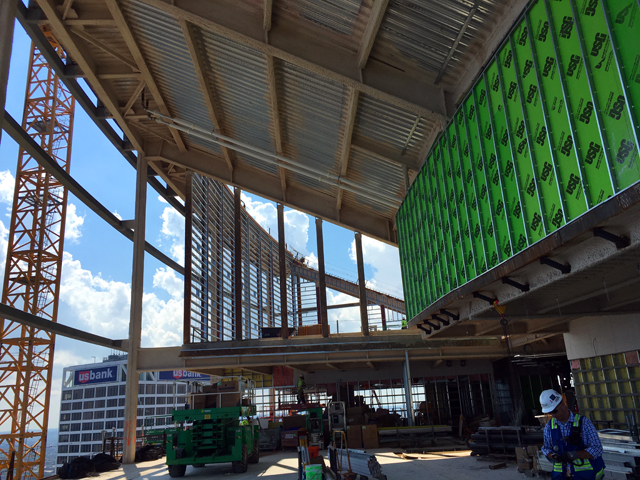 But employees will enjoy this patio near the top 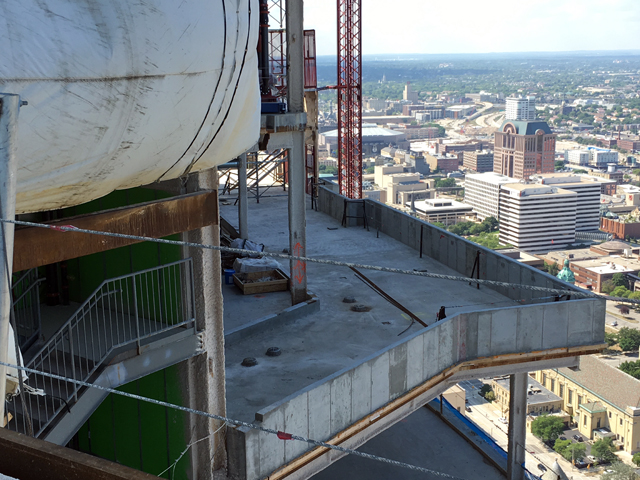