More than 50 Common Ground leaders and members stuffed themselves like sardines into four large vans during a recent tour of Sherman Park and the neighborhood improvements spearheaded by Common Ground, Milwaukee Neighborhood News Service reports.

More than 50 Common Ground leaders and members stuffed themselves like sardines into four large vans during a recent tour of Sherman Park. Individuals piled in and out of the vans, stopping to see neighborhood improvements spearheaded by Common Ground, such as Milwaukee Rising homes and the Invisible Reality Ministries church.

Common Ground, an organization comprising religious groups, small businesses, nonprofits, schools, unions and neighborhood associations, has actively worked to improve Sherman Park for the past eight years, reducing the number of vacant homes from 300 to 60 and redeveloping 75 homes through the Milwaukee Rising program. 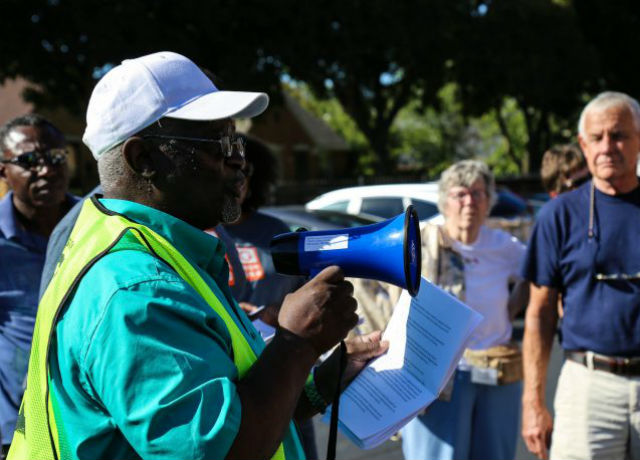 The tour showcased the home of Randy Jones, who moved into his house on 51st Street four years ago, the second homeowner in the Milwaukee Rising program. According to neighbors, the house was boarded up for several years before he moved in. The transformation was total: new everything.

"I feel sorry for everyone else because I have the best house in the whole project ... my house is ‘the house’," said Jones. "In four years, the biggest thing I have had to do was get a wireless doorbell." 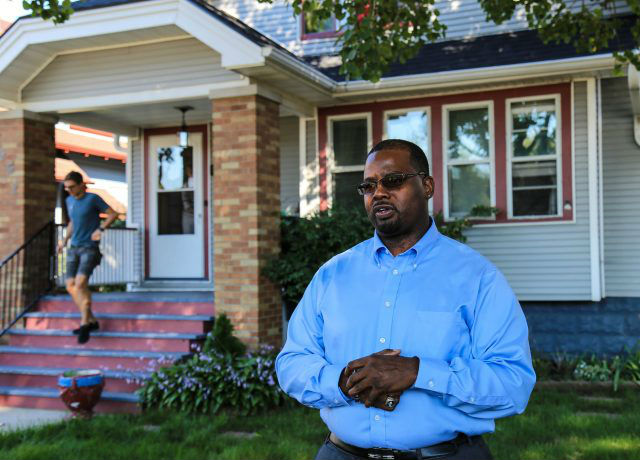 Randy Jones opened the doors of his home on 51st Street to visitors. Before he moved in, the house was boarded up for several years.

The vans also drove down 46th Street to highlight the abundance of Milwaukee Rising homes between North Avenue and Center Street. People whipped their heads from left to right trying to take in all of the revitalized homes as the tour guide told stories about each one. There were homes with simple improvements: updated windows, decks, garages; other homes looked straight out of a magazine.

"It has spread by word of mouth," said Common Ground organizer Allie Gardner. "People come to us with a need and we help them fix it ... A household can apply up to three different times with a maximum amount of $5,000."

Donnie Sims, a local developer, has helped Common Ground rehab three properties. "I must say there was a time where I kind of shied away from the Sherman Park area, but I am glad I got with Common Ground because all that has changed," said Sims. "I was a little nervous but then the first house I did ... the strangest thing happened. I put the house on the market, and it sold in one week." 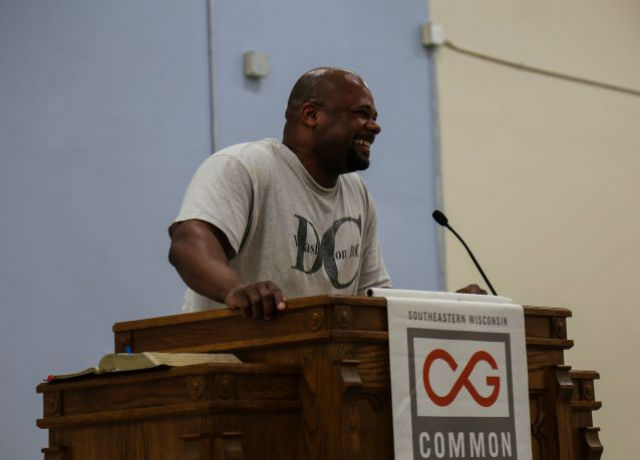 The tour drew to a close at Invisible Reality Ministries, which started in the home of the Rev. Will Davis with just five people. Davis would move the dining room table to create room for guests as the religious group grew.

Common Ground helped Invisible Reality Ministries find its current building, a large church on the corner of 54th and Center. Conversation filled the room and echoed due to the dome-shaped ceiling with florescent red lighting.

Common Ground’s future plans include changes to the Washington High School of Information Technology athletic field. The school was included on the tour to point out the possibility of future renovations.

Deacon Alexander Hardy, a Sherman Park resident for more than 30 years, said Common Ground plans to start a discussion with Milwaukee Public Schools on behalf of the school. Hardy offered ideas for improvement such as a rubber track, benches and artificial turf, stating that keeping the area nice all year would give young people in the community more opportunities. 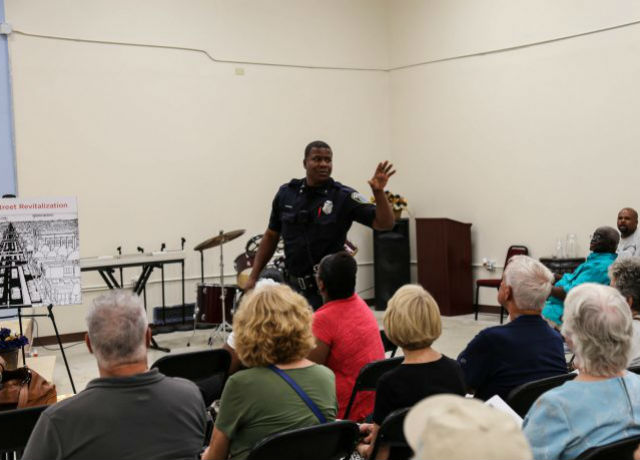 "I must be on patrol with my head down," he joked. "Some of the houses we have seen today I just been blown away, so I congratulate you all. Keep up the good work. I know you’ve got even better things in store, and I am glad to be a small part of it."