South Side residents work to complete mural on supermarket wall

After a group of residents participated in several artist-led brainstorming workshops with local residents, Milwaukee Neighborhood News Service reports a new mural is on the wall of Supermercado El Rey, at 1320 W. Burnham St.

As residents of the Historic Mitchell Street area worked with muralists to consider transforming a wall on the city’s South Side, one said that she would like to see more adults reading to their children.

That led one of the muralists, Tia Richardson, to paint a woman reading to a child on a doorstep.

It was one of many ideas that Richardson and another muralist, Jeanette Martín, incorporated into the mural on the wall of Supermercado El Rey, a supermarket at 1320 W. Burnham St. 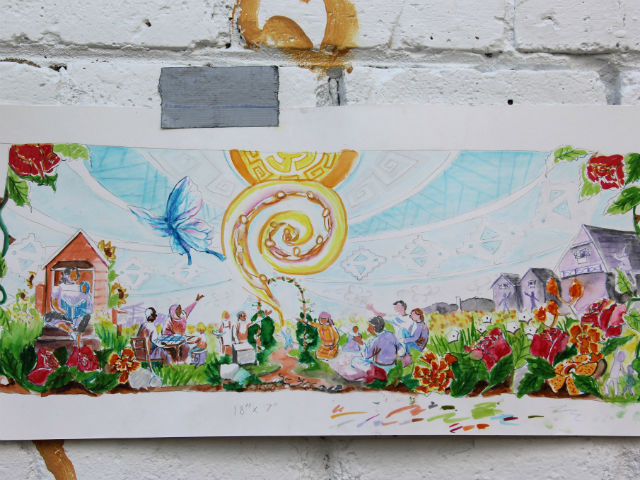 A watercolor posted on-site depicts an early vision of the final design.

The Building Neighborhood Capacity Program (BNCP) hired Richardson and Martín, based on recommendations from other local artists, to work with the residents as part of a beautification project.

A small group of residents participated in four artist led brainstorming workshops in which they wrote, sketched and painted while reflecting on what matters to them and their community. Safety, neighborhood appearance and beautification were common themes.

Paula Jones, the resident who suggested the image of adults reading to children, praised Richardson for creating an engaging space for everyone to express themselves.

"Through the workshops, we are able to pull out what our community has meant in the past to us and where we are now and envision where we want to go," Jones said.

Another resident, Marina Borges, 41, offered a sketch in which she drew a house with an eye to signify neighbors looking out for each other.

"My husband and I keep an eye out for our neighbors and they do the same for us," Borges said. "It makes our neighborhood feel comfortable and safe."

Saying that the residents are passionate about where they live, Borges added, "nothing represents the South Side better than this mural because it’s something we came together to do."

Richardson said she was not discouraged that more residents didn’t contribute to the project. 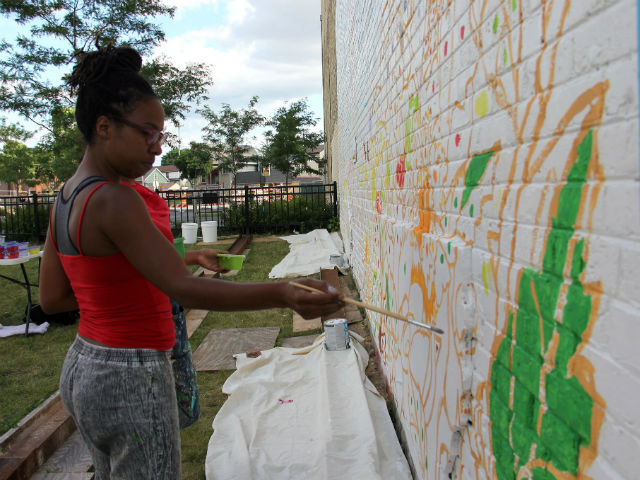 "It’s not about the numbers," she said. "It’s the person you are speaking to that matters at the time."

Indeed, Richardson said, the small size of the group helped her build relationships with the participants and more effectively tell their stories.

"As a community artist, it’s those eight people who I have in front of me in the room that matter right now," she said. "They represent the community and their stories are important."

However, entrepreneur Randy Flann, 61, was discouraged with the low attendance for both the painting sessions and workshops, especially considering all the time the muralists spent promoting them.

"This is right before school starts," he said. "Children should be out here."

Flann added: "When I see the word community, it means something. It means come out of your house and see what it’s about."

Michael, 60, and Nereida Glisch, 66, who have lived on the South Side as a married couple for 35 years, said they were glad to see such a project in the neighborhood.

"This is good because people need to see how important it is to take care of the community," Michael Glisch said.

Plankinton Avenue site gets "You Are Beautiful" mural