Bartolotta Restaurants' Northpoint Custard, 2272 N. Lincoln Memorial Dr., will be included in the first-ever episode of "Seaside Snacks & Shacks," a new television show that launches tonight at 9 p.m. on the Cooking Channel.

The new television show launches tonight at 9 p.m. on the Cooking Channel, which is part of the same family as the Food Network, Food.com, HGTV and the Travel Channel. 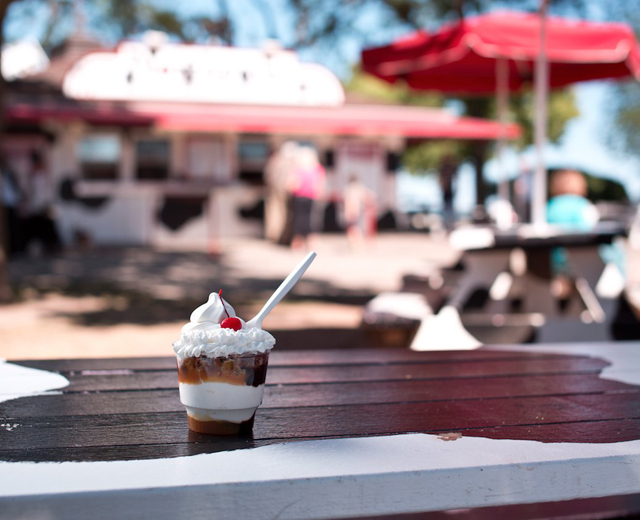 A crew was in town earlier this summer to film Bartolotta co-owner Joe Bartolotta down at the lakefront talking to the show’s host, Sabin Lomac, about the seasonal frozen custard and burger stand at the foot of the Northpoint hill. 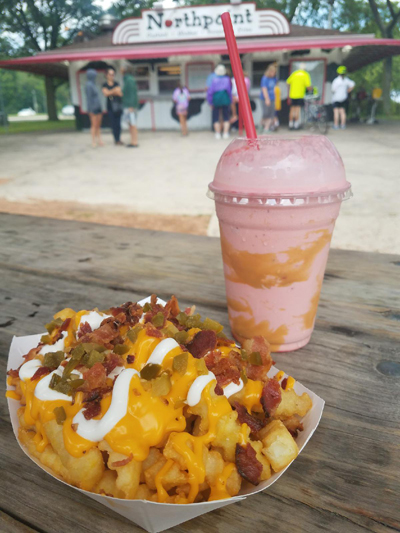 According to the Cooking Channel website, "Sabin visits a staple of Lake Michigan summer for there famous Quad burger with four patties and locally sourced cheese, served with cheese curds and custard for a true 'dairy state' experience."

You can learn more about the show and its air dates and times on the Cooking Channel and on the Food Network by visiting their respective websites, cookingchanneltv.com and foodnetwork.com.

Northpoint Custard on the lakefront closed for the season on Sept. 4. The location in the main terminal at General Mitchell International Airport is open year-round.