Oak & Oyster opens Friday and it promises to be a pearl

Oak & Oyster is slated to open Friday at 4 p.m. in the lower level of Third Coast Provisions. And we've got a look at the menu, which includes some familiar favorites, but also a number of new additions including sandwiches and snacks.

Oak & Oyster is slated to open Friday at 4 p.m. in the lower level of Third Coast Provisions, 724 N. Milwaukee St.

An oyster bar was always a part of the plan for Third Coast Provisions, notes co-owner and chef Andrew Miller. But in recent months, it became clear the venue should operate as an independent entity.

"The bar started to take off on its own as a spot for later in the evening, especially when we were busy on Friday and Saturday nights," Miller says. "And giving it its own identity allows us to expand the menu, offering up a variety of more casual items."

Something to look forward to at Oak & Oyster are a slew of yet unnamed barrel aged cocktails (hence the reference to "oak" in the name), which will be ready for consumption in the next week or two. 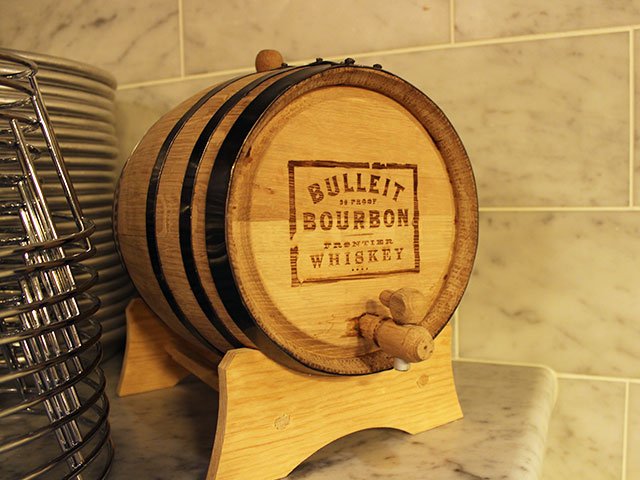 In the meantime, the bar features oyster shooters ($7-9), wines by the glass and a cocktail menu featuring options like the O+O Collins with cucumber-grapefruit gin, lime and seltzer ($9); Hades Trick with bourbon, Amaro Meletti, house grenadine and bitters ($8); a tequila mule ($8); and The Final Ward featuring rye whiskey, Chartreuse, maraschino and lemon ($12).

But there are new items too, most notably snacks and sandwiches, most with a seafood focus. Miller says the menu will evolve over time, distinguishing it even further.

Among the additions is smoked whitefish dip enriched with lemon aioli and served with crisp kettle chips ($9). 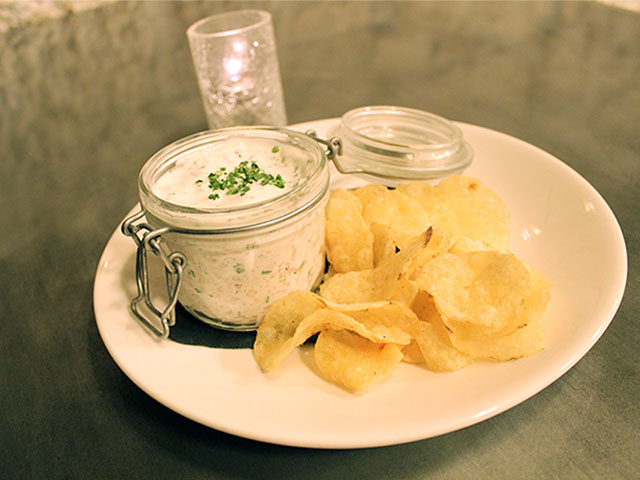 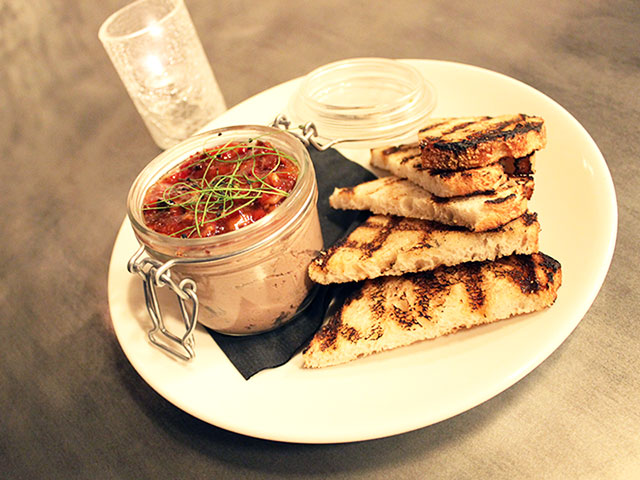 Fish tacos are made with fried Icelandic cod topped with lettuce, salsa verde, pickled shallot and cilantro (three for $13). 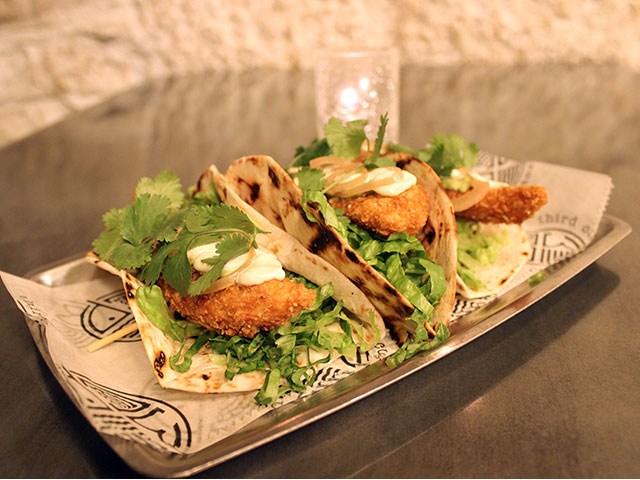 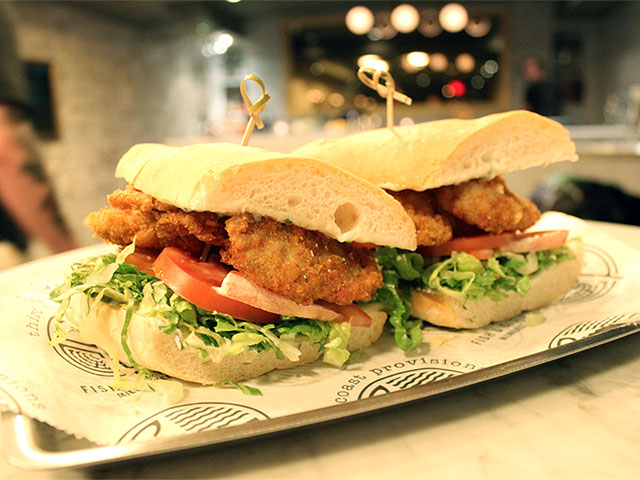 Happy hour at Oak & Oyster will take place Monday through Friday from 4 to 6 p.m. and will feature specials including $1 oysters, $2 shrimp cocktail, $3 oyster sliders and a weekly po’boy special for $5 (this week, it’s house-smoked pastrami, Gruyere, horseradish aioli, peppercress, and caraway sauerkraut). Drink specials will include $3 Miller High Life, $5 Weekly Crush (boozy crushed iced punch) and $2 off all other drinks. 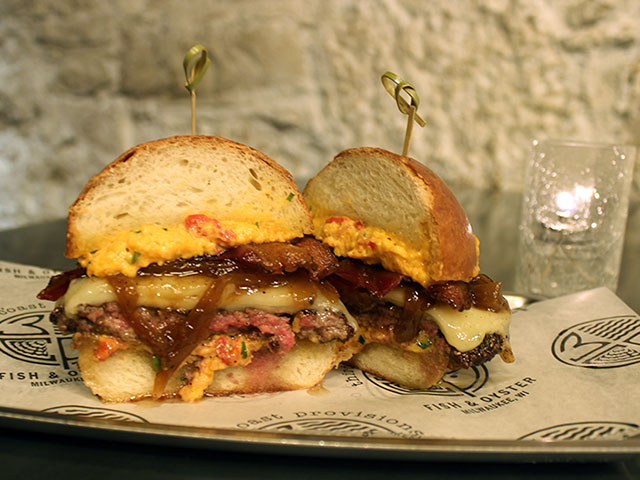 Bonus: During late night happy hour on March 17-18 and 24-25, burgers will be free with the purchase of any alcoholic beverage.

Beginning Friday, March 17, Oak & Oyster will be open Tuesday through Saturday 4 p.m. to close. The kitchen will serve from 4 to 10 p.m. Monday through Thursday and 4 to midnight Friday and Saturday.