From Butterbeer to "Carbs Against Humanity," geek abounds at Oak & Shield

What do you get when you combine the assets of a board game paradise with cleverly named menu items and ultra-geek bar sensibilities? You get Oak & Shield, the new East Side gaming bar.

What do you get when you combine the possibilities of a board game paradise with cleverly named menu items and ultra-geek bar sensibilities?

You get Oak & Shield, 600 E. Ogden Ave., a partnership between Gordon Lugauer, owner of Board Game Barrister, and Lynn Richter of 42 Lounge, formerly located at 326 E. Mason St.

The new bar and restaurant, which caters to geeks, muggles, noobs and pros alike, is currently in what the venue is calling its "beta testing" phase. The soft opening is pretty soft; in fact, the signage on the exterior of the building still reflects the former tenant, Karma. Richter jokes that they're just cosplaying as another bar for a little while longer.

But the new Oak & Shield signage is on the way. It's currently being created by the folks at Flux Design, and if all goes well, it might even be hung by the time the bar hosts its grand opening on May 4 (aka Star Wars Day). If so, it might look something like this. 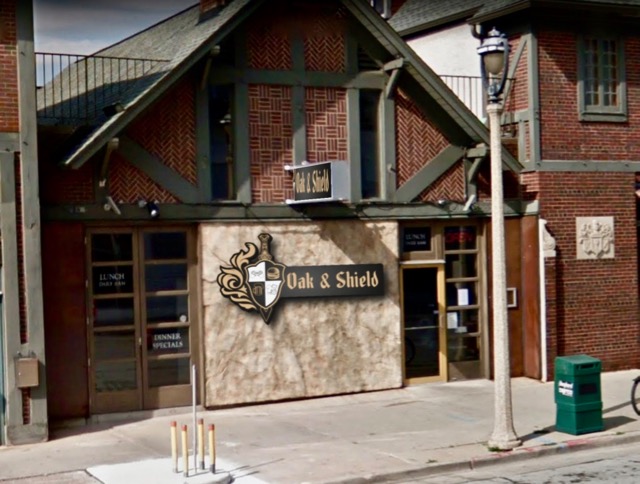 During the open-house-style event, there will be food and drink specials, as well as a special tapping of a sixth-barrel of Vikings Blood Mead shipped straight from Denmark. There will also be open gaming, complete with assistance from game concierges, as well as some fun surprises that are still under wraps.

The new gaming bar is casual and comfortable with a rustic chic feel that melds the Old World charm of the long-defunct John Ernst cafe with modern sensibilities like myriad televisions for gaming. There are booths, four-tops and plenty of outlets for plugging in laptops or phones. You’ll also note numerous lighting upgrades – including color-changing lights on the back bar – and a brand new paint job, giving the space a brighter feel. 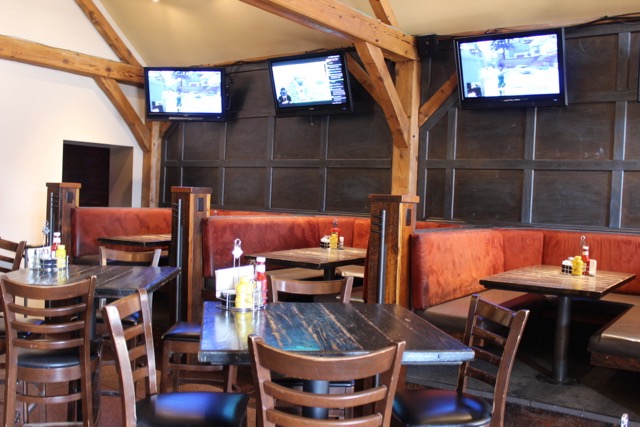 There are games, of course. Tabletop varieties run the gamut from classics like Clue and Scrabble to more interesting options like God Hates Charades, Klask, Star Wars Trivial Pursuit and Seven Dragons. 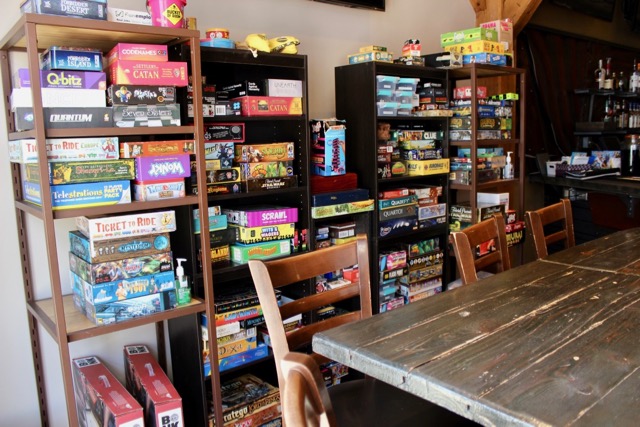 On the video game side, there are currently about eight options, including Xbox One, WiiU, PS4, Nintendo Switch and Xbox 360, with a total of about 12 options expected by its grand opening.

In addition to the bar and restaurant upstairs, there’s also a downstairs lounge, complete with its own bar, which not only provides overflow seating but also a space for events, burlesque shows, comedy, trivia and karaoke. In addition to events, guests can look forward to the launch of a special trivia brunch on weekends, as well as the ability to purchase tabletop games. 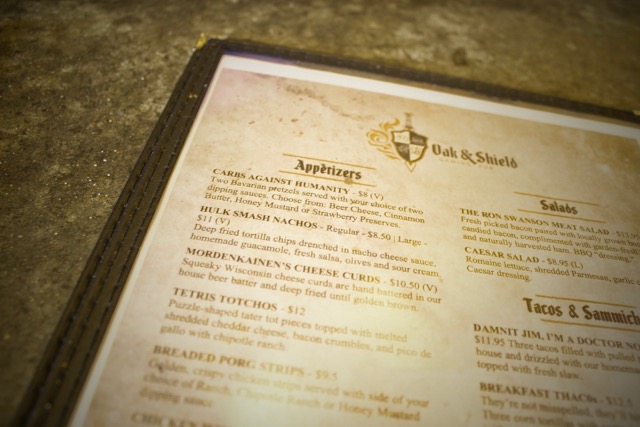 There are salads like the You Don’t Make Friends with Salad cob salad ($9.50), the I Suspect Nargles with spring mix, orzo, almonds, cucumber and radishes with orange zest vinaigrette ($10.95) and the Ron Swanson Meat Salad which includes bacon, bourbon candied bacon, brisket and ham with BBQ "dressing" ($13.95).

Among other options is the Damnit Jim, I’m a Doctor, Not a Taco featuring three tacos with house-smoked pork, drizzled with barbecue sauce and topped with slaw ($11.95), while Breakfast THAC0s feature corn tortillas filled with scrambled eggs, chorizo, pico de gallo and shredded pepper jack with a side of potato wedges ($12.50). Sammiches include the I’m An Adult, a cheddar and pepper jack grilled cheese piled with mac and cheese and a huge onion ring ($11.50) and The Return of the Briskwitch featuring smoked brisket on Texas toast with bacon, Swiss, cheddar and chipotle mayo ($12.50).

Burgers come straight up, smothered in barbecue sauce, topped with guacamole or decked out with cheese curds and onion rings. And they have names like the Barbarian, Rogue, Sorcerer, Bard, Ranger, Cleric and Familiar (priced $9-13). Impossible burgers are also available for an upcharge of $1.50. 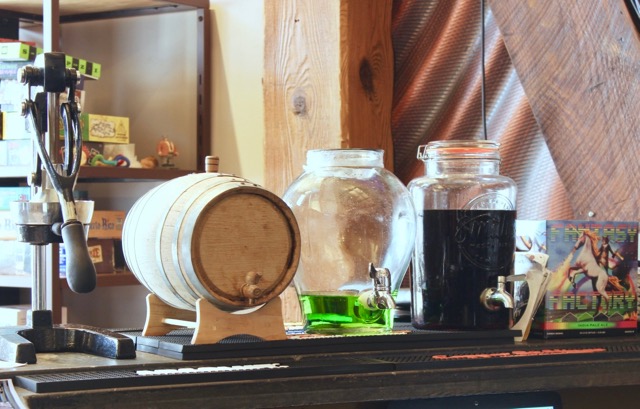 On the beverage side, there’s cider and mead, craft beer and a few cocktails like the 221B Baker Street and Butterbeer (word has it there‘s also a non-alcoholic Butterbeer in the works, which will be available for young wizards in the near future). Additional cocktails, a combination of old favorites from 42 Lounge and new creations, are on the docket moving forward as well.