Who says you can't teach an old dog new tricks? Just ask the folks at O'Brien's Pub, 4928 W. Vliet St., where - after nearly 20 years of serving up traditional pub grub - they've been taking steps toward upping the ante on traditional casual pub fare.

Who says you can’t teach an old dog new tricks?

Just ask the folks at O’Brien’s Pub, 4928 W. Vliet St., where – after nearly 20 years of serving up traditional pub grub – they’ve been taking steps toward upping the ante on traditional casual pub fare.

"Over the past five or six years, we’ve really been working to convert our menu to include scratch made items," says co-owner Joel Klamann, who notes that O'Brien's makes a large variety of items in-house, including soups, sauces for its wings, and a variety of other items.

Meanwhile, numerous ingredients – including produce – are sourced from area farms and businesses like Wild Flour Bakery, which supplies the bar with burger buns, and Kettle Range Meat Co., which will supply it with grassfed beef for the burgers beginning next week.

"People want food that’s fresh and local," Klamann says. "And for us it’s really a matter of differentiating ourselves from the competition."

It’s an effort that will now be supplemented by produce from a new hydroponic garden, which Klamann and business partner Brian Eft began building last spring. 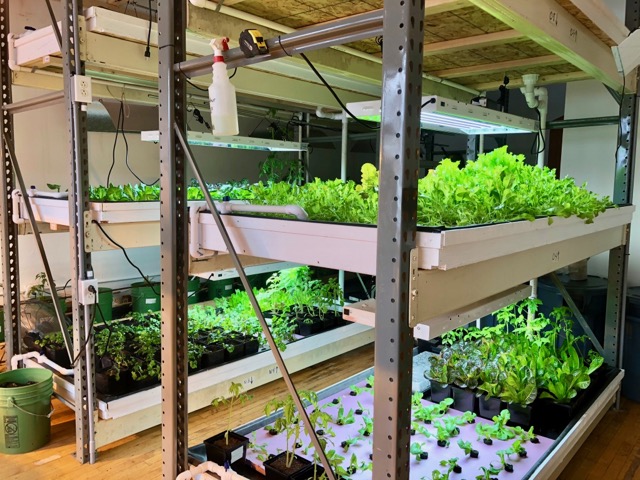 The hydroponic garden, which utilizes 800 square feet in a space just to the east of the pub, was designed with the help of Henry Hebert, long-time friend and former facility manager for Sweet Water Organics. And it was inspired by – of all things – a trip to Epcot in Florida.

"I was on vacation with my family," says Eft. "And we’d just gotten done visiting the Living with the Land ride at the Land Pavilion. Essentially you’re in a boat on a lazy river gliding through an aquaponic garden. I don’t know what it was … I’ve been on the ride a bunch of times, but this time something just clicked. I was fascinated, and within five minutes of getting off the ride, I was on the phone with Henry, asking him if we could do this at the pub."

When Hebert agreed that starting a garden was possible, Eft says they went at it in stages, purchasing equipment as they could afford it, creating a custom soil blend (incorporating natural and organic ingredients like compost from Caledonia’s Blue Ribbon Organics), testing out natural pest management strategies and watering methods and experimenting with various plants.

"We grew some heirloom tomatoes this summer," notes Hebert, who says they started some of the plants outdoors behind the restaurant. "We had Black Krimm, Purple Cherokee and a few others. They did pretty well, but now we’re looking at other varieties that are more productive and that really thrive in the environment we’re growing them in."

As local as it gets

Currently, the garden contains a bounty of plants, including hot and sweet peppers, tomatoes, beans, multiple varieties of lettuce and herbs including oregano, rosemary and basil.

And, although they’re starting small, Klamann says the produce is slowly making its way into more and more items on the menu. Lettuce is used regularly for the restaurant’s wraps and showcased in dishes, like a recent tostada special. 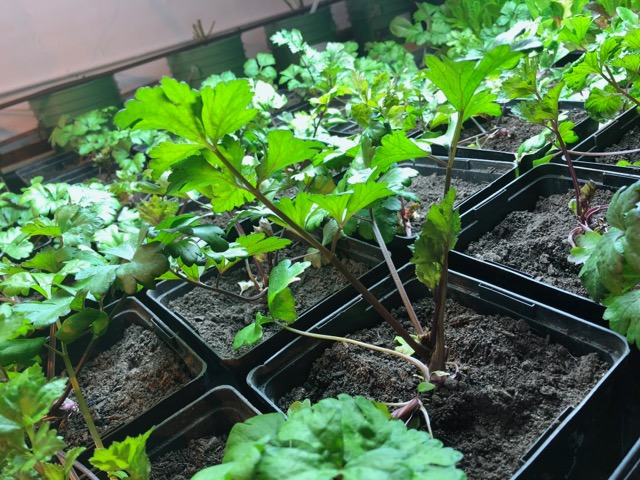 Preserving the harvest is also part of the vision, Klamann notes. For instance, a recent crop of scorpion peppers will be used to make pineapple pepper jelly, an ingredient that might be incorporated into an aioli for an upcoming burger special. And when beans are ripe, he says they’re likely to be pickled.

"It gives us an opportunity to be creative and really give people what they want – and that’s local, high quality food," he says, noting that this spring they also plan to add a rooftop garden to the building, which will add an additional 9,000 square feet of growing space.

"The whole mindset in our society is gradually changing," says Eft. "People are looking for higher quality product and they want to know where their food comes from. This is brand new for us, and we’re still experimenting. But we’re hoping that, as our capacity expands, we can work more and more of the produce into our menu."