Old Sugar Distillery in Madison uncorks a different spin on collaboration brews by distilling whiskeys from mashes and beers made by Wisconsin craft brewers.

Collaboration is king these days among craft brewers and it not only demonstrates the positive fraternal relationships that exist in the business but also results in some really good and really interesting brews.

Old Sugar Distillery in Madison uncorks a different spin on collaboration by distilling whiskeys from mashes and beers made by Wisconsin craft brewers.

This approach, born out of necessity in 2015, has resulted in some really interesting – and good! – whiskeys that are pure Wisconsin. 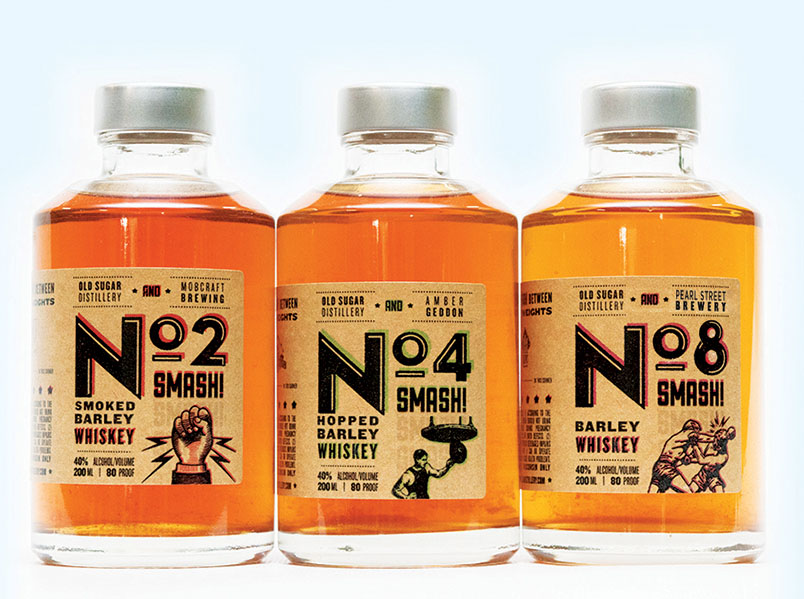 Old Sugar has collaborated with breweries in Madison, Milwaukee and La Crosse om whiskeys like No1 Smash, a black malt whiskey collaboration with Capital Brewery, No2 Smash, a smoked barley whiskey made with MobCraft mash. No4 is a hopped whiskey distilled from Ale Asylum’s Ambergeddon and No5 is a rye created from grain mashed by Next Door Brewing, to name but a few.

Head to the tasting room at 931 E. Main St. and you can try the whiskeys in flights and also purchase two different sets of bottles, each with three of the whiskeys in the Smash series.

We caught up with Nathan Greenawalt, who founded Old Sugar in 2010, to ask him about the Smash collaborations... 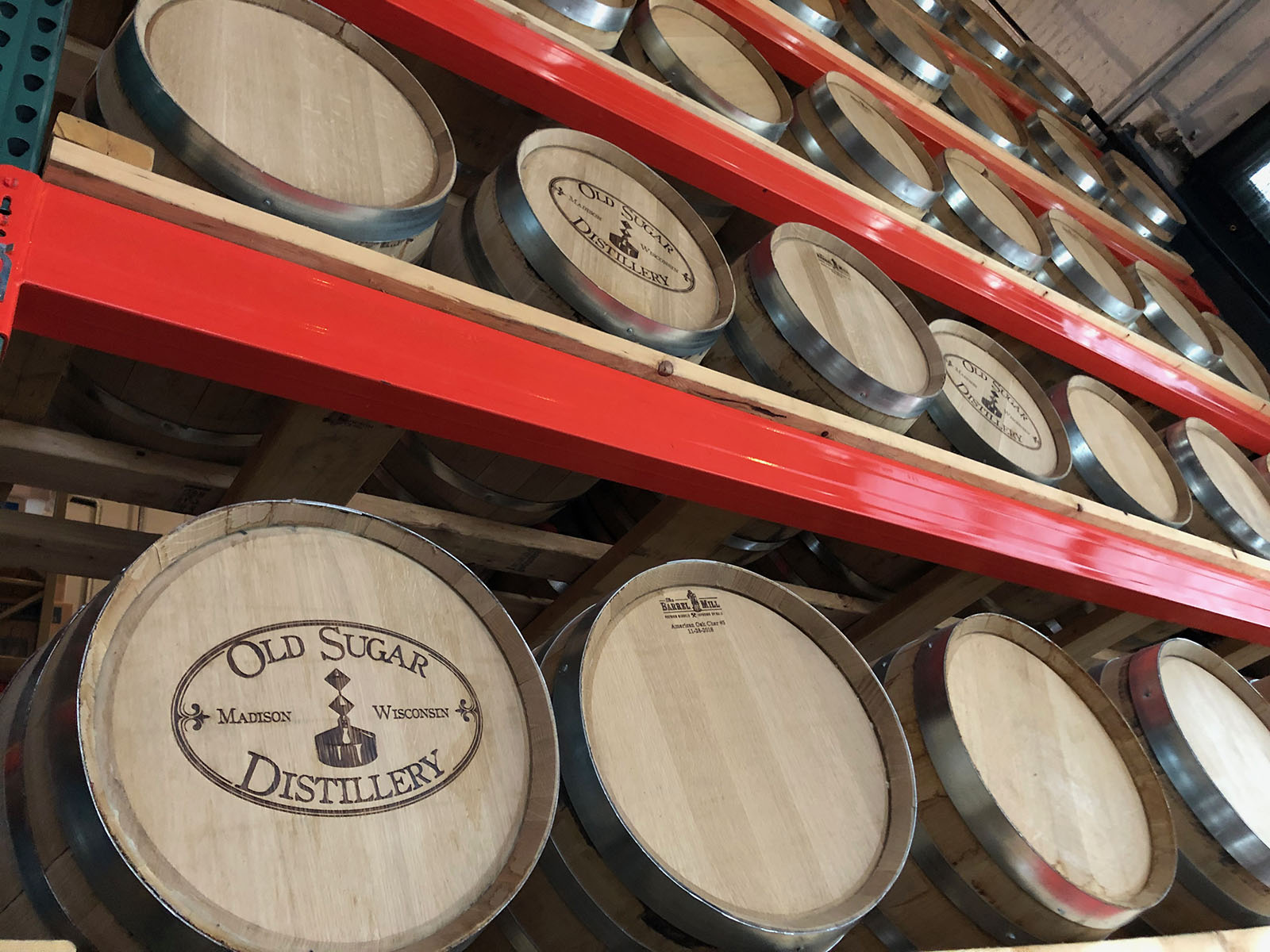 OnMilwaukee: How did you come to distilling?

Nathan Greenawalt: After college, I worked at the Wine & Hop Shop, a local homebrew supply store. My knowledge and passion for homemade beverages grew there. I came very close to starting a brewery, but was more excited about the distillery. My first products, rum and honey liqueur, are sugar based, and I loved the history of the old sugar factory now known as Garver, so I named the distillery Old Sugar Distillery following the brand of the first product, Old Sugar Factory Honey Liqueur.

Were the collaborations something you always intended to do?

Have brewers been uniformly excited about collaborating or have some needed a little convincing?

Breweries definitely have varying levels of interest and time to dedicate to a special project. I made it easy on the more established breweries by agreeing to take their beer to distill. The smaller breweries with more time and appropriately sized equipment did dedicated mashes for us.

Would you say they've all been successful?

They have all been tasty, but working with rye has been difficult every time we've tried, whether on our own or working with a brewery. It's just a tough grain to work with because there is so much protein in it. Mashes and fermentations have not gone well, but the small amount of whiskey we got out of them wasn't bad.

As a side note, much of the rye whiskey that is sold in the U.S. comes out of one huge factory in Indiana (Midwest Grain Products in Lawrenceburg). Then distilleries age it and throw their name on it. This also means that a lot of the rye on the shelf in your local liquor store came from the same factory, so consumers think that is what rye is supposed to taste like. We are no experts at working with rye, but we are selling a unique one – in tiny bottles. And props to other distilleries that are doing it on their own.

Have you found that certain styles of beer produce better results than others, IPAs or lagers or stouts, etc.?

I think it depends on what you are going for. The hops flavor comes through, so distilling something that is really hoppy will give you a hoppy whiskey. That can be fun, but it can also be overpowering.

Do you think the personalities of the specific beers come through in the final whiskeys?

Flavors other than hops definitely come through as well. One was made mostly from a brown ale, which resulted in a hint of roasted flavors in the whiskey. 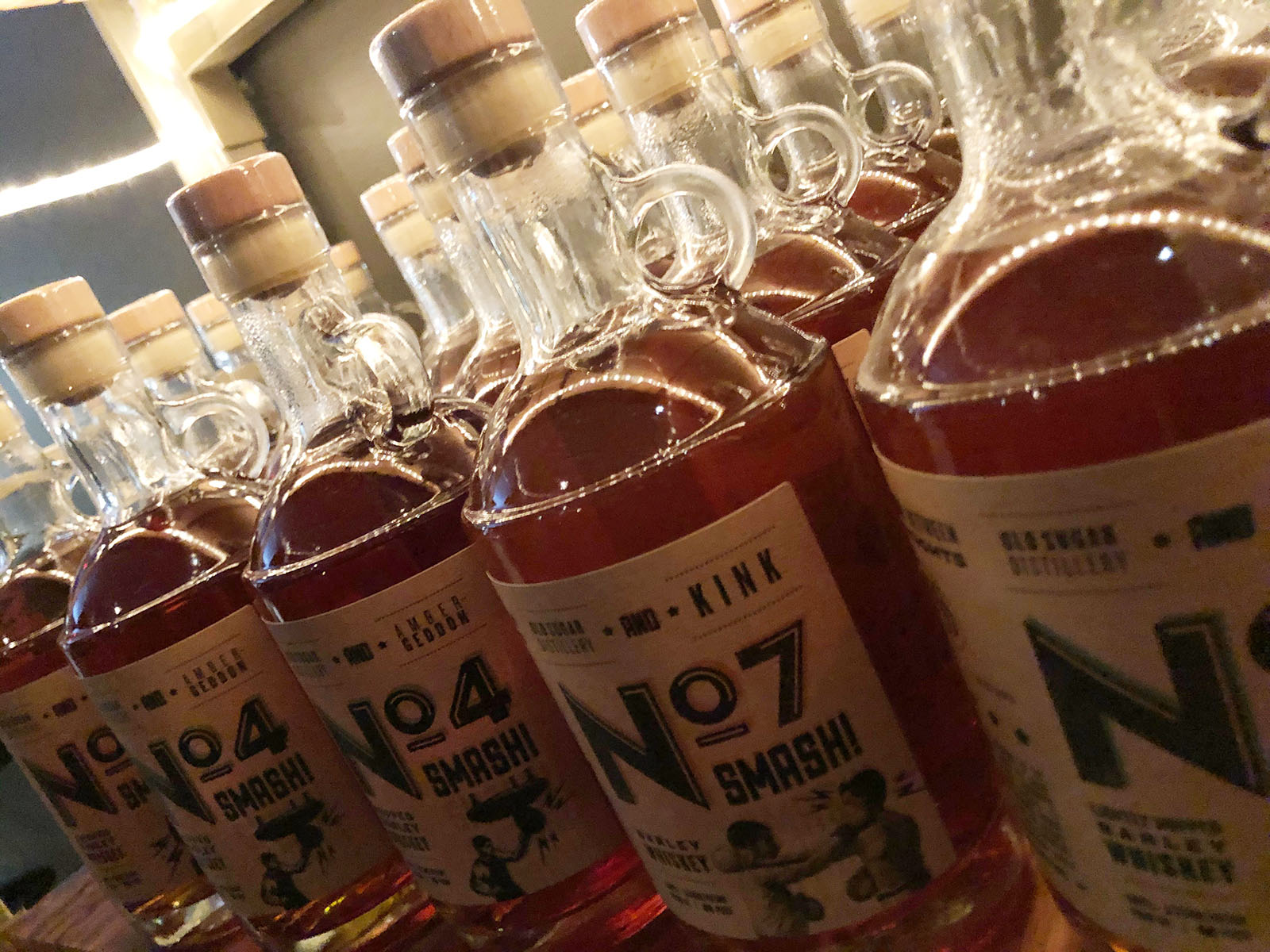 Any brewers or beers you're eager to work with that you haven't already?

I have been trying for years to get Kirby Nelson from Wisconsin Brewing Company to work with me on a specific type of whiskey. He's somewhat of an expert on the ingredient, but I don't want to say what the product is. Something local that would be very unique.

Tell me a bit about some of the other things you're doing at Old Sugar, besides these collabs.

We are releasing a bourbon on Jan. 22 that was made in collaboration at Giant Jones right next door. This one is not part of the Smash series. This special bourbon has a solid – but not overpowering – quantity of cherrywood smoked malt added to the mash. We also put in a little aromatic malt. These malts really complement the corn-based mash. We then did a two step aging process – first in new charred oak, and then finished in used rum barrels. It's amazing.

Queen Jennie Sorghum Whiskey is our top-selling product year after year. It's very unique in that it's distilled from 100 percent gluten-free ingredients. Only a couple of whiskeys can claim that. That's not why we sell so much, though. It also is incredibly smooth and mellow.

It’s interesting that you make an ouzo.

I am half Greek, hence the ouzo. It is delicious, and has received some good reviews, but we don't sell much of it. Very niche.