Ever wondered what lies below the city's sidewalks? Interestingly, there are numerous spaces that afford such a view. Many of them lie within the basements of buildings, which extend out beneath the paved pathways above.

Ever wondered what lies below the city's sidewalks? Interestingly, there are numerous spaces that afford such a view. Many of them lie within the basements of buildings, which extend out beneath the paved pathways above (which I wrote about here).

Today, I got to stroll an old section of the basement of the Mackie Building on Michigan and Broadway, which runs beneath the sidewalk on the east side of Broadway, just south of Michigan. 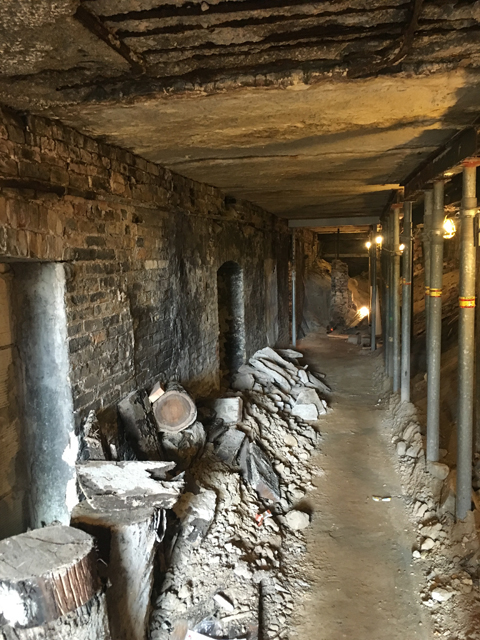 Interesting is that the building's basement has windows out into the space (see photo above), which Mackie owner Josh Jeffers says suggests maybe there was once a long light well – or a number of shorter ones – running the length of the building that was later covered.

Also interesting is that above your head are giant limestone slabs that are surely among the oldest extant pavements: 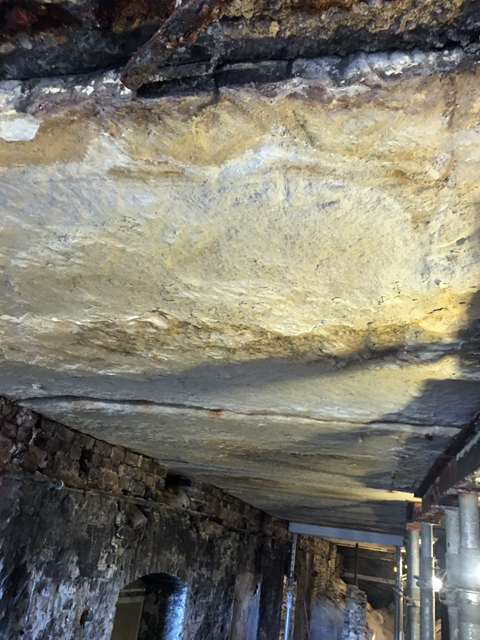 The space pushes right out to a wall that runs along the curb line, separating this area from the area beneath the roadway. Vaults connecting the spaces have been bricked up, as you can see in this photo: 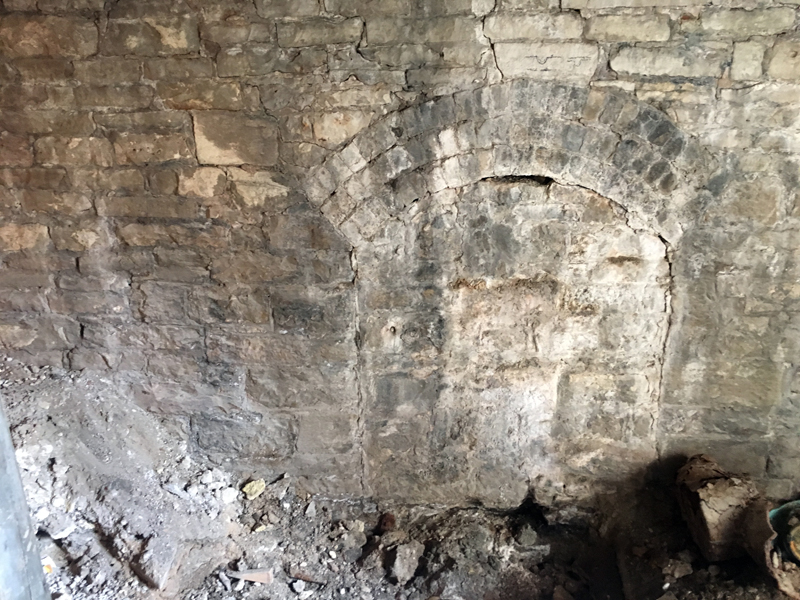 In some cases, those vaults still do have sewer laterals running through them.

There's also an interesting array of things supporting the sidewalk above, including thick, bark-stripped tree trunk sections that serve as columns, and ancient iron beams, some so corroded they look like rotting wood: 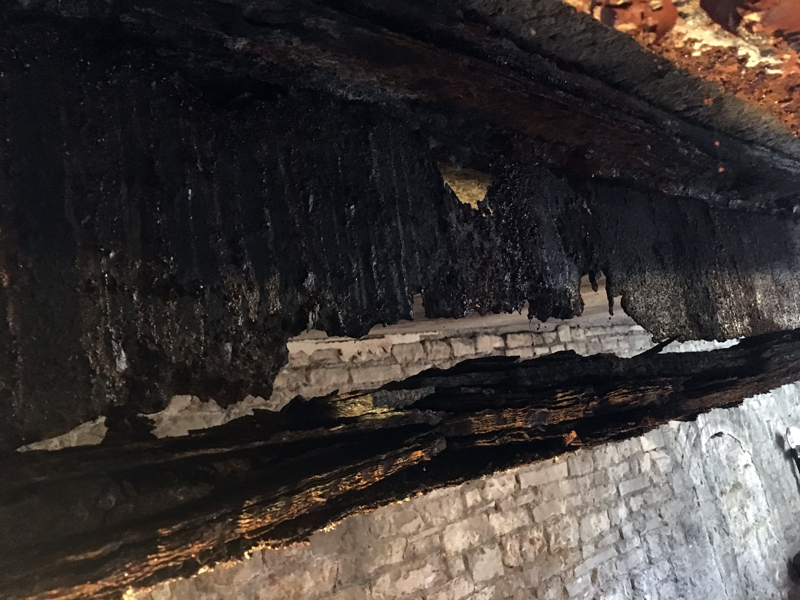 But my favorite set-up is in the photo below, which shows a decorative iron column holding up one of those old iron beams, which is further supported by a section of tree (with old bark, which looks like bits of cloth, trailing off it) jammed between the beam and the cream city brick wall nearby. 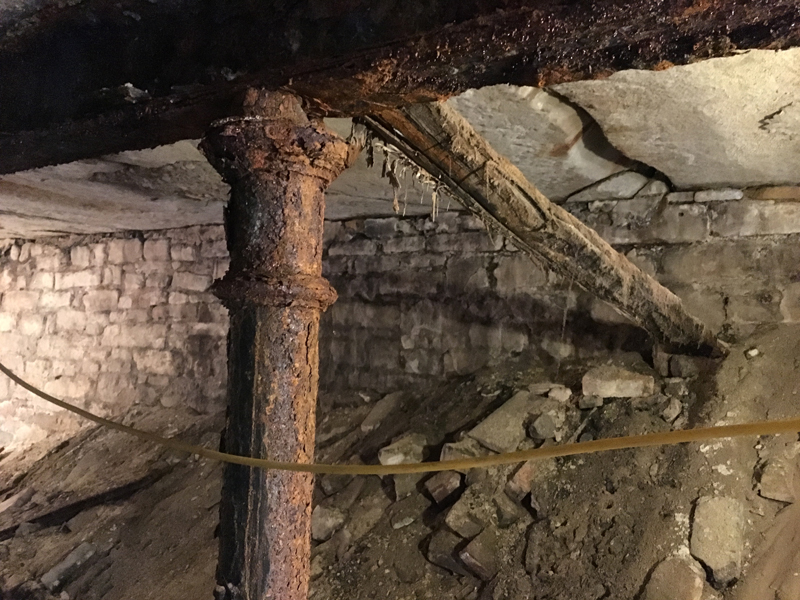