The small corner tavern was previously named Fresh Bar and The Pitt, but it became Ollie's, aptly, when Louise and her husband, Ollie, bought the bar in 1993.

It's a Friday night at Ollie's, 100 W. Maple St., but owner Louise Burdue gets to be a customer. So she sits on a stool, chats with drinkers, many of whom are friends and, occasionally, does a shot of tequila.

The small corner tavern was previously named Fresh Bar and The Pitt, but it became Ollie's, aptly, when Louise and her husband, Ollie, bought the bar in 1993. Ollie died in 1999 and Louise has owned the bar alone ever since.

Ollie was diagnosed with heart disease and needed a heart transplant. He knew he wasn't going to receive a heart, Louise says, because he was a drinker and smoker. So he bought the bar, knowing he had only a few years to live and as a final hurrah.

"This way, he had easy access," says Louise, nodding at the bottles. "But he loved every minute of it. It was a dream come true. He enjoyed it."

According to Louise, in the final months of his life, Ollie came downstairs to the bar from the couples' apartment upstairs and drank in his pajamas.

Louise grew up in Oak Creek and graduated from Oak Creek High School. She and Ollie had two daughters, now in their 30s, and Louise worked for a while at Boston Store.

"I gave it all up for this," she says, smirking and extending one of her arms, waving it through the air. 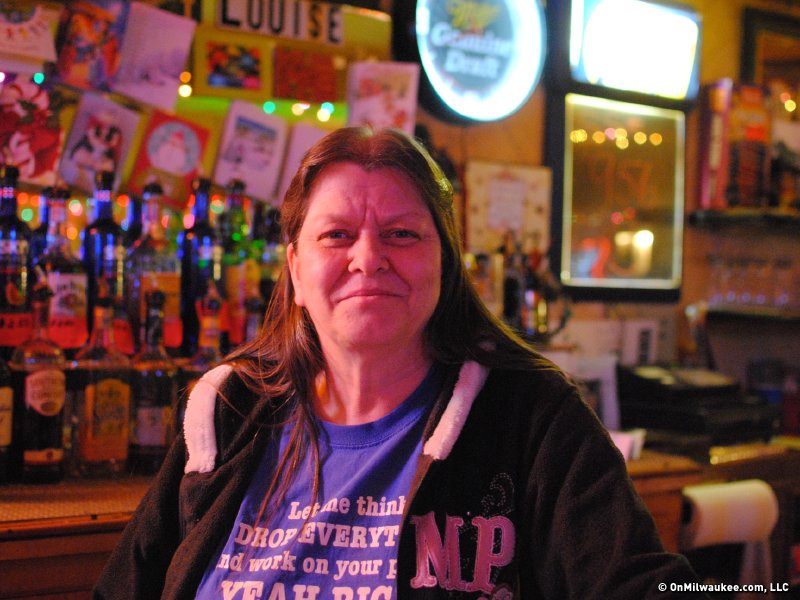 Louise and Ollie met in a bar called Frank's Place on 16th and Lincoln in 1979 and they were married in 1984. "He took me to the (Arlington Park) races. He was really funny. Everybody liked him," she says. 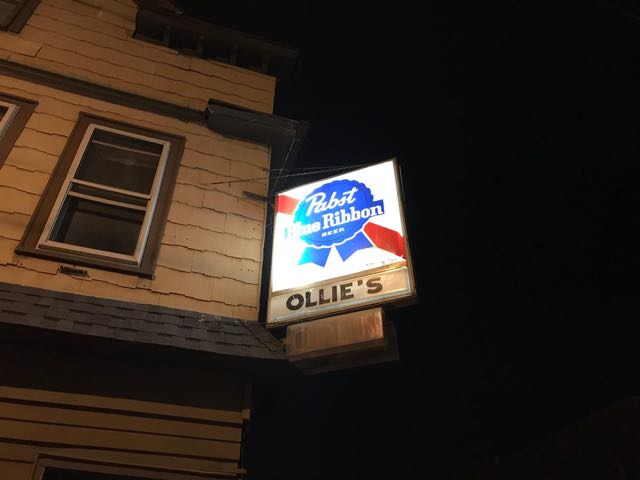 "We used to have people standing in the door early in the morning waiting to get in," she says.

Ollie's now opens weekdays at 10 a.m. and Saturdays at 6 a.m. It's not as crowded as it once was, but there are enough people to occupy all of the seats at the bar and a few others playing pool and hanging out.

Drinks at Ollie's are very affordable – tap beers and rails are $2. Pitchers of Blatz are $2.50 every night.

Frozen pizza and sandwiches are available, but microwaved pork rinds are the most popular food item at Ollie's. They come in a bag that looks like a microwave popcorn bag, and after two minutes or so in the microwave, they become hot, salty and strangely addicting bar snacks. 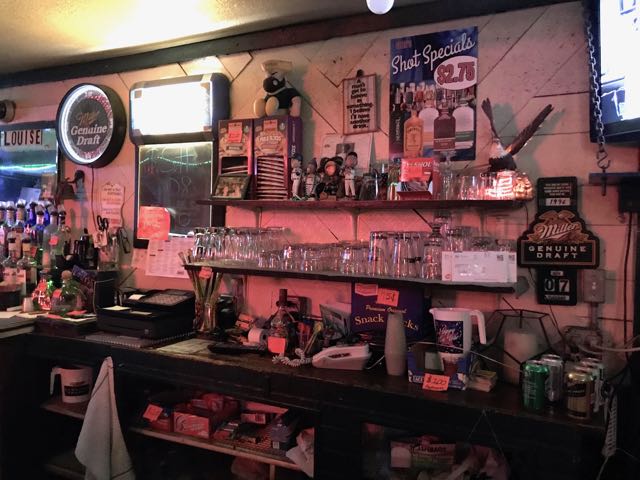 Despite loss, Louise says she is happy with the way her life turned out and particularly likes living in Milwaukee.

"I have no desire to move from Milwaukee. Retire in Florida? No, thank you. I really don't care to be hot all the time," says Louise.

Today, Louise has a new partner, a customer from the bar who showed up at Ollie's funeral. "It touched me," she says. "It really did."