Orange Gallery gets a slice of Bay View art scene

When Ngoc LeFunk’s daughter started attending school full time, LeFunk asked herself what she wanted to do with her life now that she had more free time.

"It was another ‘what do you want to do when you grow up?’ moment," says LeFunk, who lives in Cudahy with her husband and two children, ages 8 and 5.

LeFunk always wanted to open a small business and she started talking to friends about possibilities. She decided she would like to operate a gallery and a consignment art boutique.

"I’m not a maker, but I want to hustle everyone else’s work," says LeFunk.

Long-time friend Lynna Chirafisi invited LeFunk to visit her shop to see if she was interested in using a portion of her space. Chirafisi, who owns Lacquer Nails, has run the one-woman nail salon from a Bay View storefront, 1438 E. Russell Ave., for two years.

LeFunk visited the spacious, sunny shop and immediately saw the potential to share the space with the nail salon. On Feb. 13, she opened Orange Gallery.

"Nina was my first artist. I straight-up cold called her and she was very supportive," says LeFunk.

All of the artists, with the exception of one, live in or are from Milwaukee. The work is for sale – LeFunk has a 60 / 40 consignment agreement with the artists – and includes a variety of different mediums such as wall art, jewelry, scarves, leather goods, greeting cards and much more. 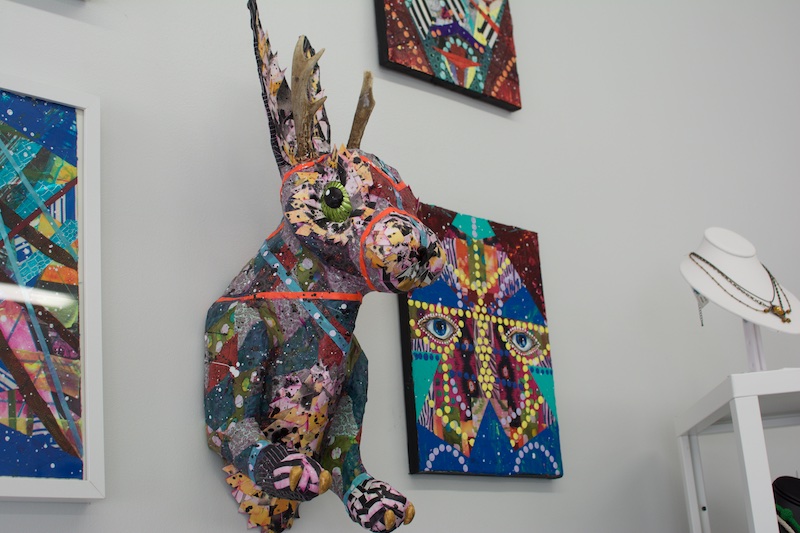 LeFunk is always taking submissions for the gallery and plans to rotate some of the artists every six months.

"I want to keep the inventory fresh, but not overwhelming with too much stuff," she says. "Even though some of the artists overlap, I’m trying to be careful not to carry the exact same items that are already at places like Sparrow or Waxwing or Hometown."

LeFunk plans to host quarterly or even monthly workshops in the space soon. Candle pouring and pottery making are a couple of her ideas for the near future.

"I also want to host meet-the-maker events where people can connect over art, food and wine," she says.

LeFunk says, so far, the most challenging aspect of business ownership was choosing a name.

"I wanted to stab someone in the eye while trying to pick a name for this place," she says.

Then, her five-year-old son suggested she name the shop after her favorite color. LeFunk thought that was a good idea, except her favorite color is green which she feared would suggest she was offering eco-friendly goods. Instead, she named the business after her son’s favorite hue.

"You feel a lot with orange – it's happy, warm, inviting," she says. "Exactly how I want the shop to be." 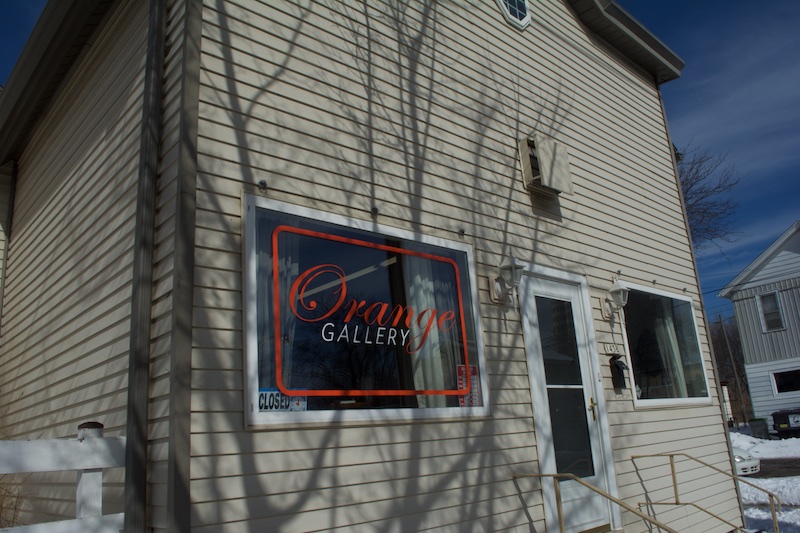