Orenda is a magical word. It's also a word with particular meaning for Leticia Munoz, the owner behind Orenda Cafe, a new breakfast and lunch restaurant slated to open in Silver City.

Orenda is a magical word. It's a term which expresses the Iroquois belief that both animate and inanimate objects possess powerful spiritual energy which can be harnessed to enact change.

It’s also a word with particular meaning for Leticia Munoz, the Chicano business owner behind Orenda Cafe, a new breakfast and lunch restaurant slated to open in Silver City by mid- to late March.

"I wanted to choose a name with real meaning," says Munoz. "And when I came across the word ‘orenda’ I knew it was right. It really describes the type of energy I’ve felt moving forward with the plans for the cafe. It also ties into the community’s goals to really develop and grow the Silver City Neighborhood."

Orenda Cafe marks a renaissance for the property at 3514 W. National Ave. which was vacant for a decade after the closure of Sammy’s Silver City Diner. It’s also another step in the right direction for the redeveloping South Side neighborhood, which will gain its first breakfast and lunch restaurant along with a young, ambitious new business owner. 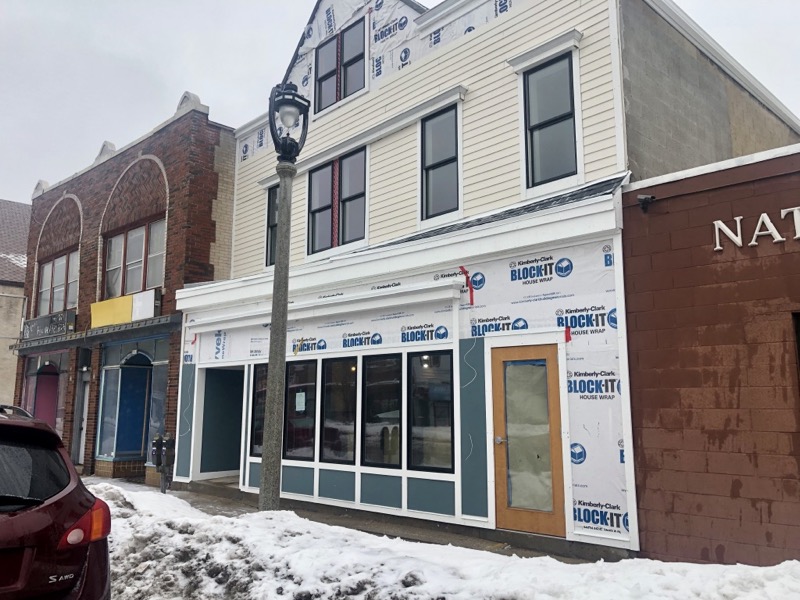 "I knew I wanted to create something that was still in the breakfast realm," says Munoz. "But I wanted to focus on trendier, healthier options. The goal was to create a menu with dishes that people could feel good about, but that also tasted really really good."

To create her menu, she consulted with local chef Zachary Martinez, who helped her bring the vision to life.

"We wanted dishes with a lot of flavor and a little bit of flair," he says. "The idea was to create a menu that really appeals to a broad range of people, including people looking for something new and different, people looking to eat healthier and diners who just want breakfast and lunch staples."

Among those items are classics like steak and eggs, hash and omelette, along with quick, nourishing breakfast options like mango toast featuring toasted whole grain bread spread with mango, avocado and beets and finished with olive oil, sea salt and chili-infused honey.

There are also twists on classics including slow roasted Mexican pork and eggs, specialty French toast (including a sweet take on s’mores and a sweet and savory version with bacon jam) and unique takes on take on eggs Benedict.

Among Munoz’s favorites are the chia seed pancakes topped with sliced bananas and butter caramel syrup.

"They’re so good," she says. "A combination of healthy and really really delicious."

For lunch, Martinez says, there will be salads and sandwiches, along with items like grilled, sauced wings, soups and ceviche. There will also be a full beverage menu including options like Anodyne coffee and smoothies along with "crafty" lemonades (with or without alcohol) and brunch drinks including mimosas and bloody marys. All breakfast and lunch items will be priced in the $6-$15 range, with most around $8.

"The goal," says Munoz, "Was to create a menu that represented the community here. We also worked to incorporate some items that represent my Mexican heritage … there are a lot of avocados on the menu as well," she adds with a laugh. "I love them."

Young, ambitious and ready for a challenge

Munoz, a native of Oaxaca, Mexico, moved to Milwaukee with her family when she was ten years old. She grew up on the city’s South Side and took a job as a hostess with Michael’s Family Restaurant, 2220 W. Wisconsin Ave., as soon as she was able to work.

The restaurant became her home away from home, a place where she grew close to her fellow employees and got to know regular diners by name. So when she found out that the owners were planning to close the restaurant, she made the decision to purchase it and run it herself.

"I’d been working there for such a long time," she says. "We had a great base of customers… so many regulars. I wanted to keep it going for them. And I wanted to preserve the jobs of the employees I worked with."

That was 2016. Since then, Munoz has taken advantage of a business bootcamp offered by the Latino Entrepreneurial Network of Southeast Wisconsin and grown in her business acumen under the tutelage of mentors including Nelson Soler and Tim Syth, both of whom she says supported her when she told them she wanted to launch her own concept.

"When he heard that the property on National Avenue was available," she says, "Tim put me in touch with Cecilia Benton of the Layton Boulevard West Neighbors. And she was really helpful ... helping me through the process of securing grant funding and renovating the building."

The process has taken over a year, but Munoz says she’s finally seeing the light at the end of the tunnel.

Countless improvements have been made to the property, some funded by LBWN, others by Munoz. And the interior of the restaurant is taking shape.

Fabric-backed booths and banquettes line the walls of the restaurant, which looks as if it will seat around 50 guests. The bar is taking shape and you can see high top tables basking in the light of the front windows. Modern lighting has been installed and the walls are painted in cool blue tones, giving the restaurant a clean welcoming look and feel.

"I’m excited. I’m nervous. I’m afraid. But I’m really happy to have accomplished this and be able to share my vision with the public," says Munoz. There are so many good things going on in this neighborhood. But the visibility is still really low. So my goal is to be part of the change that’s coming here and help everyone to thrive."

Once open, Munoz says Orenda Cafe will be open daily from 7 a.m. to 4 p.m.; the space will be available to rent for events during the evening hours.

Watch OnMilwaukee for additional details about Orena Cafe as it eases closer to opening. In the meantime, you can give Orenda Cafe a follow on both Facebook and Instagram.