Breaking: Von Trier to remain a German bar and restaurant

Thanks to an outpouring of support from the Milwaukee community, Von Trier will no longer be re-concepted. Instead, the historic venue will undergo a renaissance of sorts, similar to that taking place in the neighborhood it inhabits.

Thanks to an outpouring of support from the Milwaukee community, Von Trier, the German themed bar and restaurant at 2235 N. Farwell Ave. will not be re-concepted. Instead, the historic venue will undergo a renaissance of sorts, similar to that taking place in the neighborhood it inhabits.

When John Sidoff announced this summer that he’d be reimagining Von Trier as a mid-century cocktail lounge, a collective mourning passed over the City of Milwaukee. Some flocked to the iconic tavern to pay their respects, while others pursued a petition asking the owners to rethink their decision.

"I had no idea how many people truly wanted to see Von Trier thrive during the North Avenue renaissance," says John Sidoff. "The outpouring of support, visitors and personal messages was overwhelming."

Among those in support for maintaining Von Trier’s identity as a German public house were Wes Shaver and Mike Sorge, owners of Black Sheep, partners in The Love Shack and operators for The Schwabenhof, another Germanic Milwaukee-area institution. The two reached out to Von Trier owners John and Cindy Sidoff, proposing a plan to collaborate with them to reinvigorate the East Side landmark.

Sidoff says the conversations were inspiring.

"As we talked more and more, we just connected on so many levels," he says. "They’re very professional, and I appreciate the manner with which they approach and run their restaurants. I also loved the idea that they were running the Schwabenof. They've taken so much from that experience that they can bring to our partnership here at Von Trier."

Ultimately, he says, the conversations left him feeling rejuvenated. "As a result, we’ve decided to ‘go with our gut’ and give Von Trier the injection of energy it needs to thrive," he says.

Von Trier will close for about a month in early January 2018 to accommodate planned renovations and updates. It's expected that the bar and restaurant will re-open in early February.

In the meantime, guests can look forward to stopping by to view a one-of-a-kind piece of Von Trier’s history: the mid-century mural unearthed this summer which was part of Rieder’s, a high-end cocktail lounge that inhabited the space before it was converted to Von Trier in 1978.

The mural will be exposed in the coming weeks and will be on display beginning in mid-November, says Sidoff, who says he wanted to give people an opportunity to glimpse this piece of the bar's history.

"I think it’s going to be really interesting as we bring the community into this," he says. "And I’m actually hoping that, during the process, we can find out who the original artist was."

After its public debut, the mural will be removed and temporarily put into storage. Sidoff says he hopes maybe someday someone will be able to use it or put it on display in a meaningful way.

Throughout the month of December, visitors will also be able to experience Von Trier’s popular Christmas Village, a cultural display that has become a holiday tradition for many. 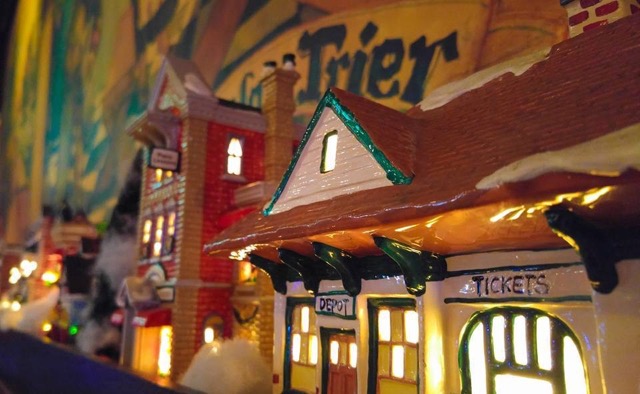 Shaver and Sorge note that they are very much looking forward to working with the Sidoffs to both preserve and enhance the history and culture imbued in Von Trier.

"We really have a great deal of respect for John [Sidoff]," says Shaver of the partnership. "He has 40 years of experience in this industry, and we can learn a great deal from him. We don’t take for granted the knowledge and shared experience that he brings to the table, and we're looking forward to working together to move this forward."

Although the atmosphere of the space will remain largely unchanged, it will be enhanced with a new sound system, new seating and table surfaces and improved lighting, which Sidoff notes will better showcase the murals on the walls and ceiling. 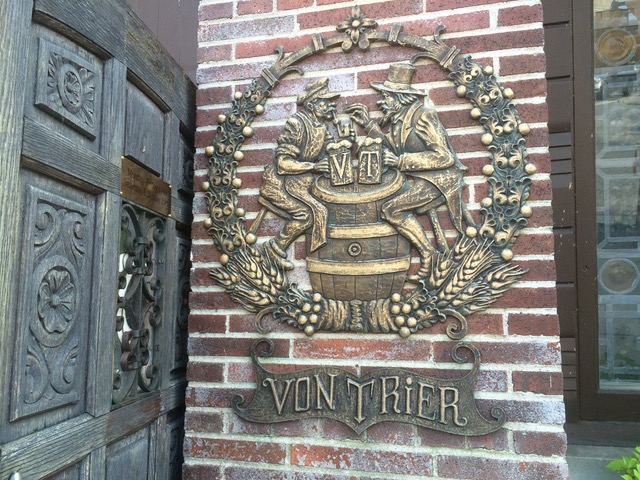 But, it's not just the space which will see improvements. Planned additions to Von Trier offerings include a new tap wine system, a rejuvenated stein club and German beer programming. There are also plans to re-launch an expanded food menu at the bar and restaurant, which was formerly known as a "wurst house."

"Over the years, I really came to realize that this place needed a food element," says Sidoff. "So, when I heard that Wes [Shaver] and Mike [Sorge] were gung-ho about that aspect, I was pretty much sold. That’s a job that requires constant attention, and with them handling the day to day operation and really bringing new energy to the table, I think people will see a much-improved Von Trier experience."

The new menu will include a selection of unique sausages; shareables like a cheese and wurst platter featuring an assortment of sausages, leberkase, kraut, cabbage and bread; and sandwiches including a schnitzel sandwich topped with herbs and a fried egg.

Shaver says the project is something that gets at the heart of why he and Sorge do what they do.

"This project is an example of our commitment to the city and this industry," he says. "It takes hard work and dedication to create culture and community. And this is yet another example of seeing a cultural icon through to the future."

Sidoff says he couldn't be happier.

"With the recent development on Murray Avenue – including Kawa and [Michael] Vitucci’s new place – along with additions like new apartment buildings ... exciting things are happening here. And now that we have a plan to move forward,  I see Von Trier as as being a real center for the neighborhood again, a real draw for the East Side. We love Von Trier. We love North Avenue. We’re looking forward to showing how Von Trier can add to the neighborhood and be a part of its renaissance. "

Watch OnMilwaukee for more information on the re-invigoration of Von Trier as they develop.