Steve Ewing, with the help of his brother, Neal, plans to give away four tickets for free to Sunday's Packers NFC divisional playoff game against the Seattle Seahawks. "I want to pay it forward," says the lifelong season ticket holder.

Steve Ewing, with the help of his brother, Neal, plans to give away four tickets for free to Sunday's Packers NFC divisional playoff game against the Seattle Seahawks (game starts at 5:40 p.m.).

Ewing, a lifelong Packers fan, wants to pay forward his good fortune at Lambeau to people who are struggling with health issues, trailblazers in their communities and emulating the "fight or die / Spirit of Wisconsin" on a daily basis.

To enter the contest, send an email to SpiritofWisconsin@gmail.com detailing why you would like the opportunity to attend Sunday's game – or to nominate someone else. Winners will be notified Saturday morning.

As a season ticket holder, Ewing was able to purchase four more tickets via the lottery, which he will give away to fellow fans. He did the same thing in 2015 and, with the help of donations via Ticket King, brought nine outstanding people to Lambeau Field for the first time.

"I'm just a regular Milwaukee guy, born here and raised here, and I wanna pay it forward," he says.

Ewing is an original Packers stockholder. His father bought each child in his family a share of stock in the later 1950s. Hence, Ewing has either attended, watched or listened to every Packers game since then. 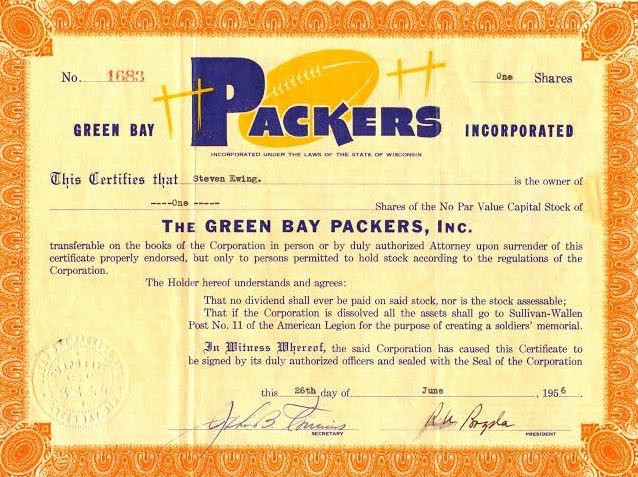 "I have been so lucky and have been able to enjoy a lot of Packers; I want to share this with others," he says.

The last time Ewing hosted a giveaway he received more than 200 entries in two days from people requesting the tickets. He read – and responded to – every letter.

"It was very difficult to choose winners. There were so many heart-wrenching and amazing stories," he says. "I was crying after reading a dozen or so."

Ewing says he wants nothing in return, but hopes others will donate their tickets to his efforts and / or Packers or former Packers will someday contribute to his cause as well.

"The Packers aren’t in the playoffs every year and there are a lot more deserving people out there to watch my team play at Lambeau than me," says Ewing. "I am looking for people who are up against it, who never lose faith, who are unsung heroes of the American Way. If that's you or someone you know, I want you sitting in my seats."

Sports bar guide: Patios and outdoor spaces to watch the Packers and Brewers