The Packers face the Cowboys on Sunday, and there's now more at stake than just who will advance to the NFC championship game. Milwaukee County Executive Chris Abele made a bet with his Dallas counterpart, then officially proclaimed Thursday "Aaron Rodgers Day."

During this time of bitter national divisiveness and bombastic political rhetoric, it seems no realm of American life – not even football! – is safe from the rancorous and adversarial tumult inflicted by overreaching government.

But wait, no. This is actually just fun and totally harmless.

The Packers face the Cowboys on Sunday in the Divisional Round of the NFL Playoffs, and there’s now more at stake than just deciding who will advance to the conference championship game.

What began as some lighthearted Twitter trash talking between two friendly county leaders a thousand miles apart, over whether Green Bay or Dallas is truly #AmericasTeam, turned into a good-natured wager on the result that involves the regions’ characteristic culinary cravings: Texas barbecue and Wisconsin beer.

WHEREAS, on November 23rd, 2016, in the midst of a tough season, Green Bay Packers quarterback Aaron Rodgers stated that he believed his team could "run the table" and win out the rest of the season to ensure a playoff berth; and

WHEREAS, since then, the Packers have gone undefeated, are the Kings in the North in the NFC, and defeated the New York Giants 38-13 in the wild card round of the NFC playoffs; and

WHEREAS, in the Packers-Giants playoff game, Aaron Rodgers threw his third Hail Mary touchdown pass in 13 months, a 42 yard bomb to Randall Cobb on fourth-and-two with just six seconds left in the half; and

WHEREAS, on Sunday, January 15th, 2017, Aaron Rodgers and the Packers will play the Dallas Cowboys in Texas; and

WHEREAS, on January 1st, 1967, the Green Bay Packers defeated the Dallas Cowboys in the playoffs in Dallas on their way to winning the first ever Super Bowl; and

WHEREAS, Wisconsinites have faith that the undisputed master of Hail Marys, Aaron Rodgers, will lead the Green Bay Packers as they continue to "run the table" through Dallas and onto Super Bowl 51 in Houston, Texas next month; now, therefore

The Packers, currently 4.5-point underdogs to the host Cowboys, lost to Dallas at Lambeau Field on Oct. 16, a dispiriting 30-16 defeat that drew boos from the home crowd and portended the team’s midseason swoon that started a couple weeks later and nearly knocked them out of playoff contention.

As we know, Green Bay then "ran the table," as Rodgers said, winning their final six games to make the playoffs, capturing the NFC North division and clinching the No. 4 seed in the postseason. After the Wild Card Round triumph over the Giants, the Packers now travel to top-seeded Dallas, where they haven’t played since a 2013 win that was led by backup quarterback Matt Flynn, who’d replaced an injured Rodgers.

Of course, the Packers’ most important and memorable victory at the Cowboys’ AT&T Stadium was over the Pittsburgh Steelers in Super Bowl XLV, back in February 2011, a couple of months before Abele assumed office as County Executive. 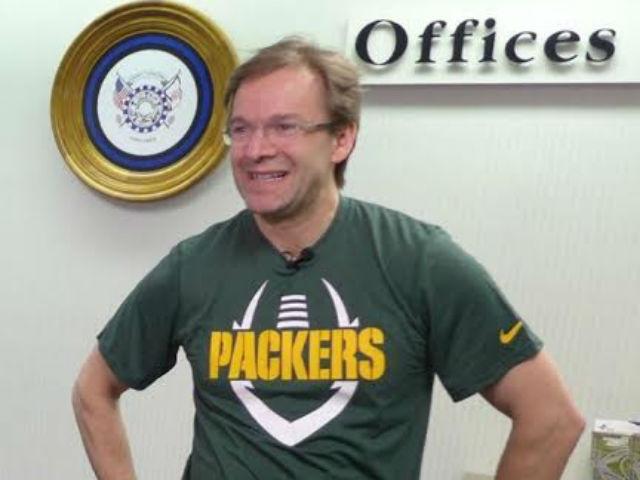 Sunday’s game – broadcast by FOX Sports, with the beloved duo of Joe Buck and Troy Aikman on the call – will be the eighth postseason meeting all-time between the Packers and Cowboys; the home team has won the last six matchups in the playoff series, most recently in the Divisional Round two years ago, which was a 26-21 Packers victory.

Both Democrats, Abele and Jenkins serve essentially the same governmental role, just with different titles, and have worked together in the past. Notably, both Milwaukee County and Dallas County were used by the White House as models for innovative implementation of the Affordable Care Act, with Milwaukee last year winning the "Healthy Communities Challenge," while Dallas finished 17th among designated market areas –  still a highly commendable success ratio, just ... not as good as ours.