Jared Cook is a big, athletic football player who can catch passes.

After glancing at some NFL Combine numbers and league statistics, and because comparing players with any semblance of similarity is apparently an easy mechanism to understanding and evaluating sports across different time periods and contexts, a lot of people – fans and media – thought the newly signed Packers tight end kind of seemed a lot like an old Packers tight end. That tight end was the ultra-talented and hyper-confident Jermichael Finley, who retired in 2015 after not playing since 2013 due to a neck injury.

During a conference call with reporters on Tuesday, Cook was asked if he thought there were similarities between the two physically gifted players. Cook allowed that he had competed against Finley in past years and was aware of "the kind of numbers he was putting up," but was fairly guarded about drawing a parallel.

"As players, I guess you could see some types of comparisons to our games," he said without elaborating.

What are some of those comparisons? Well, both are tight ends and former third-round draft picks. But wait, there’s more! 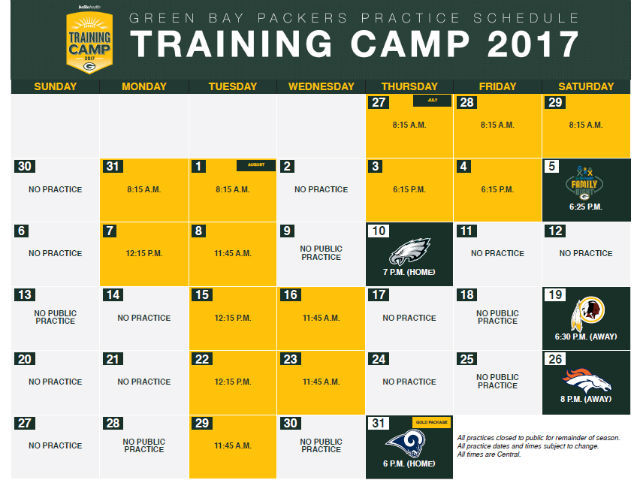 Some even asserted that the two players’ Combine measurables were similar, at least in terms of speed and strength. But that’s really where the comparison breaks down. Beyond height and weight, Finley and Cook were very different at the NFL’s annual poke-and-prod, race-and-test contest.

Of the publicly available information, Finley’s 40-yard dash time was 4.82 seconds, his vertical leap was 27.5 inches, his broad jump was 116 inches and he did 20 bench-press reps at the 2008 Combine. The next year, Cook performed better in nearly every category, running the 40 in a head-turning 4.50 seconds, going up 41 inches in the vertical leap, broad jumping 123 inches and putting up 23 reps on the bench press. Cook also got a 25 on the Wonderlic intelligence test, which is a good score. Finley’s score was unavailable, but some reports had it in the single digits.

For similarly sized professional athletes of the same age and position, those numbers aren’t even as close as they appear. In particular, the difference of three-tenths of a second in the 40 is enormous; while Finley was very, very fast for a human being, Cook was very, very fast for a football player, and even more so for a tight end. Additionally, Cook’s vertical leap, 13.5 inches higher than Finley’s, was more in line with the wide receivers in his draft class. In the closely measured and extremely quantified world of the NFL, where every player is an elite athlete and very little separates most of them, Cook and Finley were really quite dissimilar.

Finley was a big, strong, relatively fast tight end who thrived as a pass-catcher and struggled as a blocker. That’s the basis for the comparison with Cook, whose statistics – it’s almost universally agreed upon – were hurt by the subpar quarterbacks with whom he played in Tennessee and St. Louis.

On the field, though, they still aren’t all that alike. First, and presumably foremost for a team that annually endures significant injury depletion of its roster, Cook has missed only five of a possible 112 games during his seven-year career. That means he’s played in 95.5 percent of his team’s games, which is an indication of incredible football durability. Contrast that with Finley, who missed 26 of 96 regular-season games for the Packers in six years, playing in just 72.9 percent of their contests.

Demonstrating the disparity in speed, while Finley had just four receptions of at least 40 yards in his career, Cook had six such catches in the last five seasons, including an 80-yard touchdown in 2011.

And as for actually catching the ball, Green Bay fans no doubt remember Finley’s notoriously butter fingers, especially in 2011 when he was fifth in the league in drops with 11. For his career, Finley had a drop percentage of 6.8. Cook has never had more than six drops in a season and his career percentage is 4.3.

Off the field, though, is where the differences between the two players should be most meaningful. While Finley was brash and impulsive, a go-to quote for bluntness who sometimes seemed to put his foot in his mouth – even in retirement, he’s made eyebrow-raising comments about Aaron Rodgers on Twitter – Cook has a completely distinct disposition.

"Personality-wise we’re very different," Cook said. "I’m a little more reserved, a little more quiet. I’m the type of person who just goes to work and does their job."

Cook was quick to add that he wasn’t denigrating Finley or implying the former player was the opposite, but most Green Bay supporters would undoubtedly prefer an actions-speak-louder-than-words approach at tight end.

Incumbent Hail Mary-collector Richard Rodgers is the presumptive starter at the position – though the Packers under Mike McCarthy have often been inclined to use two-tight-end sets, and Cook said he can "absolutely" coexist with Rodgers – but the new acquisition's athleticism and playmaking ability could see him taking the majority of the snaps and seeing a lot more passes from the two-time MVP.

Comparisons are common among sports fans and media, but players almost never subscribe to it and the proclivity can be misguided when the likenesses essentially amount to same position, same size, sort of similar skills.

A closer look at Cook suggests the Packers signed a faster, higher-jumping, more durable, better-handed and less-distracting version of Finley.