The former Paintball Dave's building in the Historic Third Ward hasn't seen much activity since the party hotspot closed its doors earlier this year. However, this afternoon, a new proposal for the building would bring retail and residential units to the space.

The former Paintball Dave's building, located at 203 N. Broadway in the Third Ward, hasn't seen much activity since the party hotspot closed its doors earlier this year after almost 30 years in business. However, this afternoon, a new proposal for the building would bring retail and residential units to the space.

At the Historic Third Ward Architectural Review Board (ARB) meeting this afternoon, building owner Margaret Martin's initial plans for the building were presented, showing the first floor dedicated to retail space and seven new residential units – including two two-floor penthouse suites – on the above floors.

The plans also showed garage doors on the first floor in order to help activate the sidewalk, as well an added canopy for the Chicago Street sidewalk, metal balconies and fire escape stairs, the two partly glass roof-top penthouse suites and an addition to the northern side of the building. 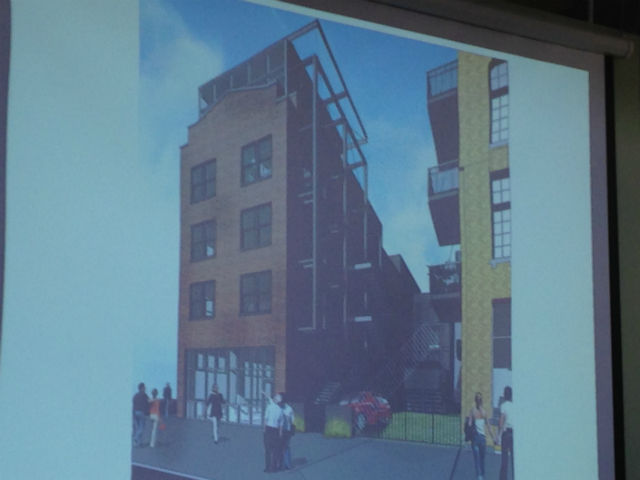 During the discussion of the new plans, the ARB expressed concern over several components of the proposed changes, including the penthouses' proportionality and aesthetics with the rest of the building and the area, as well as the aesthetics of the metal balconies, outdoor fire escape stairs and some of the residential windows.

Some board members noted that the plan's additions might be too much for the relatively narrow building and that, with the changes, it no longer looked like a "Third Ward building." The board also voiced concerns about the viability and functionality of the limited space allotted for resident parking.

In the end, the board did not vote on the initial proposal, but provided feedback to the developers, asking them to amend the initial plans and present revised ones at a future date.