Sometimes, when restaurants move or open second locations, a bit of the original magic is lost. We were curious if this would be the case with Pastiche's second location in Brown Deer, so we paid a visit.

Sometimes, when restaurants move or open second locations, a bit of the original magic is lost. I was afraid that might be the case with the second location of Pastiche at the former site of the River Lane Inn at 4313 W. River Ln. in Brown Deer.

But, as it turns out, my fears were unfounded. Despite its much larger footprint, the second location, tucked back along the southern edge of Brown Deer Road, still delivers a goodly amount of the charm of Pastiche’s Bay View restaurant. That's thanks to sunny yellow walls, prominently displayed wine bottle decor and other elements that serve to transport diners to a place that resembles France more than it does Milwaukee. 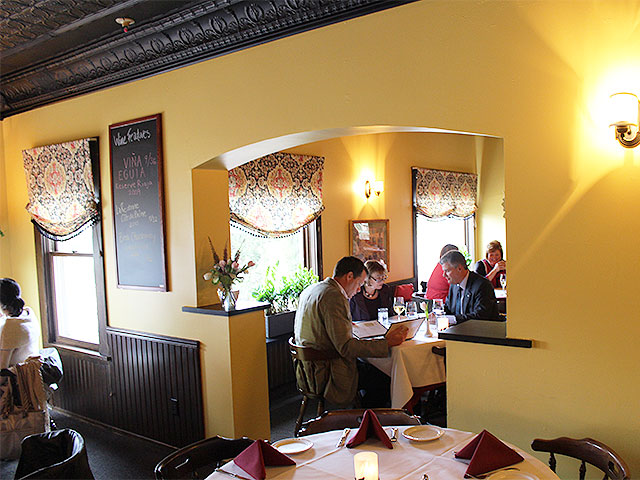 In addition to providing reassurance that Brown Deer diners are getting a true taste of Pastiche, the news bodes well for Pastiche’s move to Hotel Metro, where a new restaurant will open Sept. 1. The new downtown location will replace the Bay View location at 3001 S. Kinnickinnic Ave., which will close the end of August.

In addition to atmosphere, Pastiche in Brown Deer also provides diners with the dishes one would expect from the popular bistro. As is the case in Bay View, classical French cooking shapes many of the entrées, but more broad Mediterranean influence, including hints of Spain and Italy, are also evident.

On our visit, we indulged in steamed mussels, prepared in a flavorful broth made with white wine and herbs ($9). 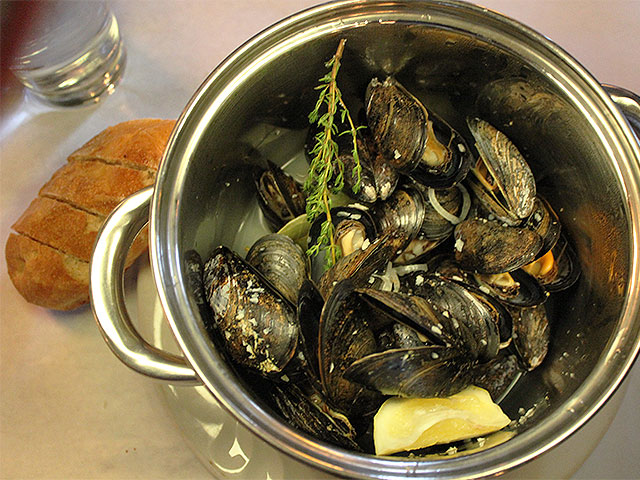 Soups included French onion, which is made with a rich beef stock and served piping hot, topped with a generous layer of Swiss cheese ($7). 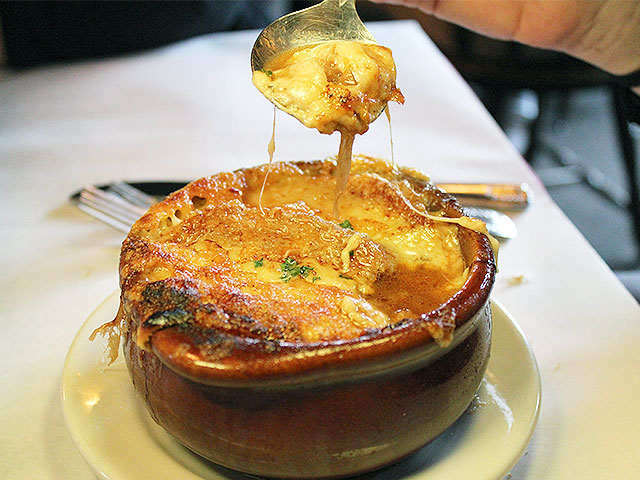 Salads were fresh and well executed, including a roasted beet salad with fresh baby greens, battered chevre and a light coating of orange-balsamic dressing ($7). 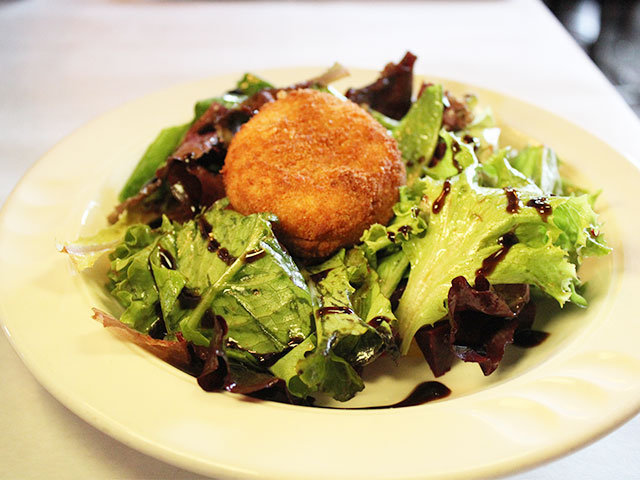 Cassoulet – a dish Chef Engel notes requires a two-day process to construct – may not be the prettiest dish on the menu. But, it's succulent, warming and delicious. It features tender lamb, flageolet beans, pork shoulder, Andouille and Merguez sausages ($17). 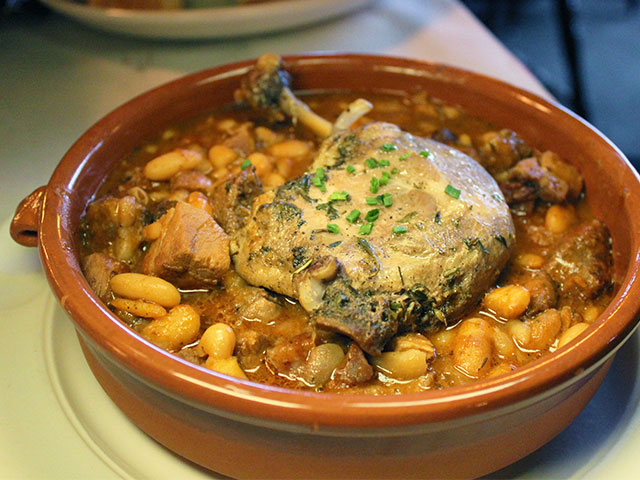 Ratatouille strikes the palate with its rich vegetal flavors, reminiscent of the end of summer. Deeply flavored tomatoes augment a stew of eggplant, peppers, onions, fennel and zucchini, slow-cooked with Niçoise olives, capers, garlic and a touch of red wine ($14). 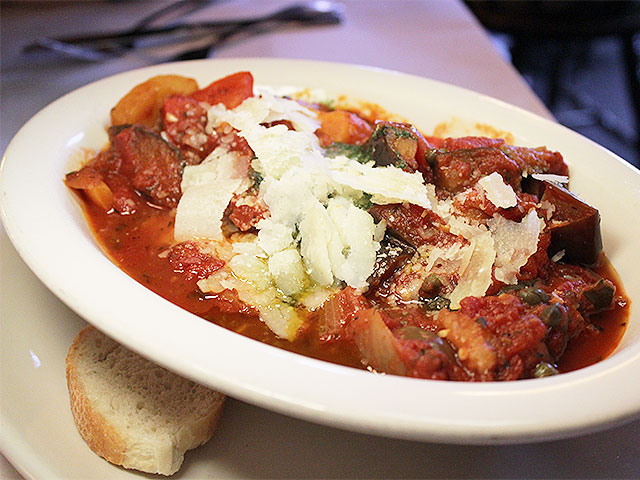 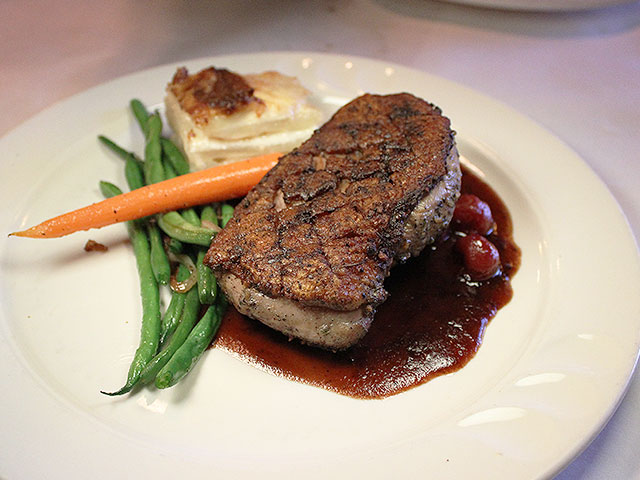 Desserts are also a treat. On our visit we sampled the flourless chocolate cake, topped with ganache, which was a hefty, rich dessert meant for those who revel in the richness of deep chocolate flavor ($8). 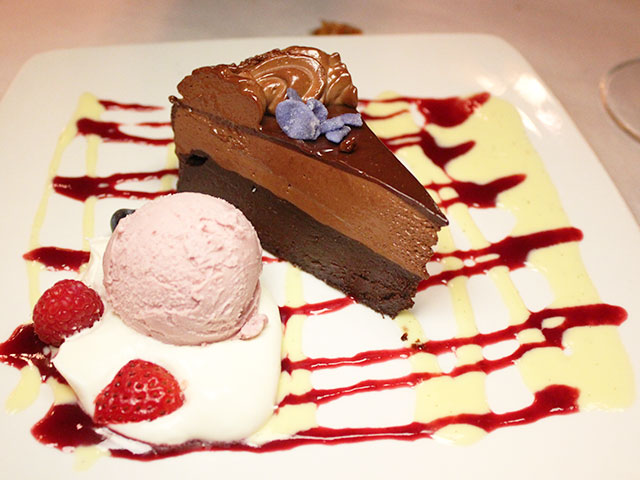 The daily special was chevre cheesecake, which served with lavender honey was also dense and rich, but lightened by a lemony flavor and creamy texture ($8). 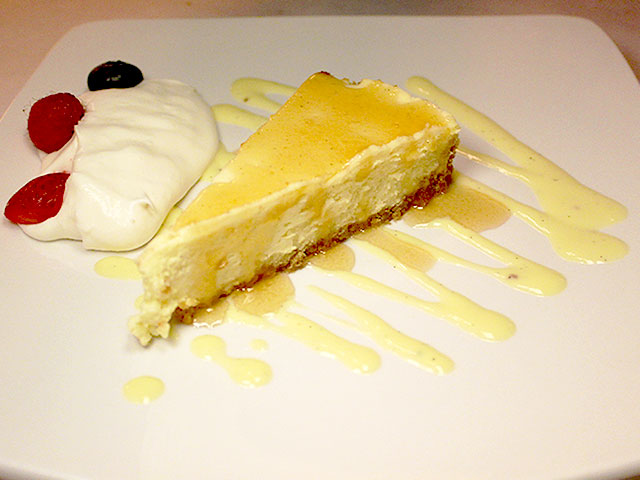 Pastiche Brown Deer is open Monday through Thursday from 5 to 9 p.m. and Friday and Saturday from 5 to 10 p.m.