There may not be a statue commemorating "Laverne & Shirley" like the Bronze Fonz, but the TV classic certainly has an iconic Milwaukee landmark of its own: the letters on City Hall - and in honor of its late great star, those letters returned.

There may not be a statue commemorating "Laverne & Shirley" in Milwaukee like the Bronze Fonz, but the TV classic certainly has an iconic Milwaukee landmark of its own: the letters on City Hall, made famous by the show's opening credits. And in honor of its late great star, Penny Marshall, those letters made their return to the public eye.

To pay tribute to the pioneering actor, producer and director who passed away Monday at the age 75, the Milwaukee County Historical Society placed a message in its river-facing windows using the original City Hall letters: "P-E-N-N-Y." 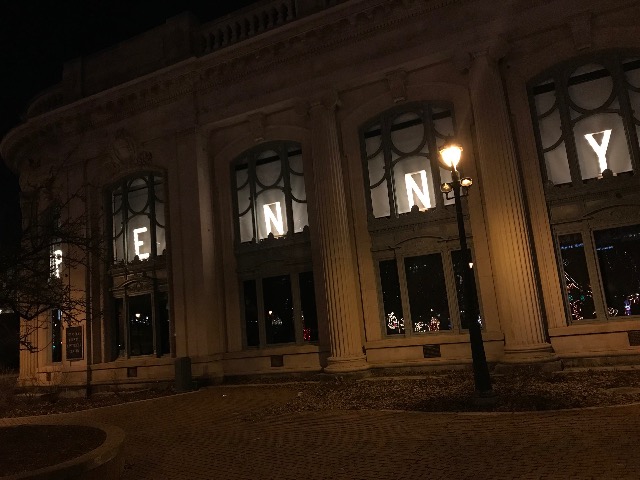 It's not the letters' original location, but it's still a nice tribute to an honorary Milwaukeean, an ambassador of the Brew City thanks to "Happy Days" and, of course, "Laverne & Shirley."

Now how about putting up a statue somewhere while at least half the leading duo is still alive to receive the honor.