As first reported by TMZ, television star, producer and director Penny Marshall died Monday night of complications from diabetes. She was 75 and leaves behind a resume of enduring hits on the big screen and small, both behind the camera and in front.

The entertainment icon passed away in Los Angeles from complications from diabetes. She was 75 and leaves behind a resume of enduring hits on the big screen and small, both behind the camera and in front.

Born in the Bronx on Oct. 15, 1943, Marshall made her big break on television with a role as Oscar's secretary in the early '70s on "The Odd Couple" (developed by her brother, Garry). She continued making appearances on hit programs like "The Bob Newhart Show" and "The Mary Tyler Moore Show," as well as a supporting stint on the short-lived Paul Sand TV showcase "Friends and Lovers," but her true breakout would begin on her brother's next big hit production, "Happy Days," making her first appearance as goofball Brew City bottle-capper Laverne DeFazio. 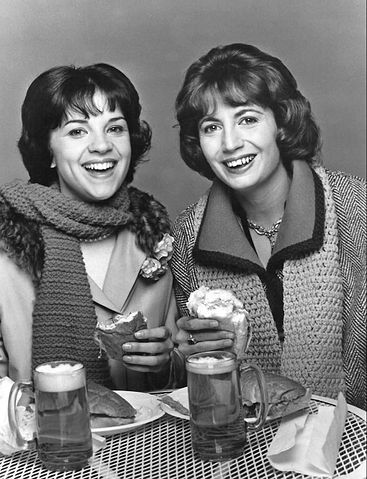 In just five episodes, Laverne and her best friend Shirley (played by Cindy Williams) made an impact, earning a spin-off TV show in 1976 that would become an iconic comedy hit in its own right and, by its third season, the No. 1 show on television.

During the heyday of "Laverne and Shirley," Marshall also made her first inroads on becoming a director, captaining four episodes of her own show as well as an episode of the short-lived Jim Belushi/Michael Keaton comedy "Working Stiffs." It wasn't much, but it was enough to break her into that side of the business – no mean feat considering the still-miserable state of gender equality when it comes to Hollywood and directors. (Of the top-grossing 250 movies of 2017, women comprised just 11 percent of their directors.)

She was eventually hired as a last-minute replacement on the Whoopi Goldberg comedy "Jumpin' Jack Flash" in 1986. While her directorial debut wasn't well-received critically, it made a fine springboard for Marshall, beginning an impressive and pioneering career behind the camera.

Just two years after that comedy caper, Marshall would direct "Big," the first film directed by a woman to hit over $100 million at the box office. She would go on to helm the 1990 medicine drama "Awakenings" – eventually nominated for three Oscars, including Best Picture – and "A League of their Own," a massive hit that's considered one of the best baseball movies of all time (certainly one of the most quoted thanks to Jimmy Dugan's thoughts on crying in baseball) and was added to the National Film Registry by the Library of Congress in 2012. She also executive produced both of those films.

Her final big-screen directing gig would be the 2001 Drew Barrymore drama "Riding in Cars with Boys," while continuing to produce (2005's "Cinderella Man" and "Bewitched") and direct on television (most notable two episodes each of "According to Jim" and Showtime's "United State of Tara"). She also made sporadic cameo appearances in TV and film during her late career, often times as herself – a bright and effervescent personality with no script or role necessary. 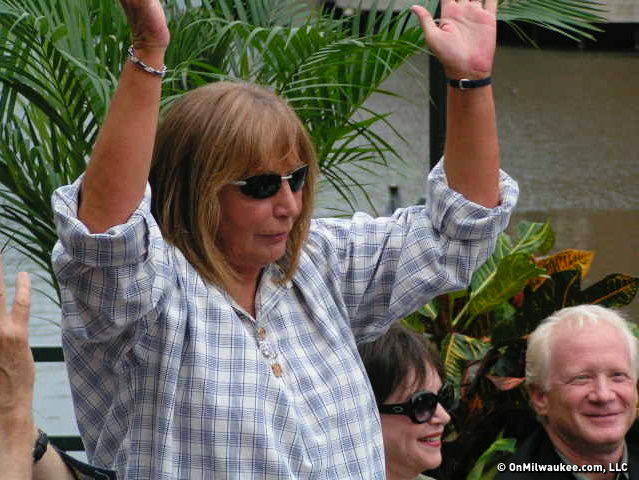 And while she may have been born in The Bronx, she'll always be remembered as an honorary Milwaukeean, a delightful ambassador for the city via "Happy Days" and "Laverne and Shirley." Marshall was in attendance for the unveiling of the Bronze Fonz in 2008 – and while Laverne and Shirley may not have a statue in Milwaukee (yet...), I can't think of a better time to bust out a tribute message with the big letters on the side of City Hall.

Here's what many in Hollywood had to say about Penny Marshall:

Thank you, Penny Marshall. For the trails you blazed. The laughs you gave. The hearts you warmed. pic.twitter.com/7qPKJa6ApH

Penny Marshall was a sweet woman. I was very fortunate to spend time with her. So many laughs. She had a heart of gold. Tough as nails. She could play round ball with the best of them. Always All love, D — Danny DeVito (@DannyDeVito) December 18, 2018

Rest in peace, Penny. Such a wonderful, funny and talented lady. Without her support and encouragement, I would not be where I am today. She will be missed. 💔 #PennyMarshall pic.twitter.com/F9ksywXYuG — Mark Wahlberg (@markwahlberg) December 18, 2018

God Bless Penny Marshall's extraordinary soul.
Beyond doubt she was able to excel at anything she put her world class mind & heart to and, lucky us, she picked comedy and films which celebrated humans. To many of us lost ones she was, at the time, the world's greatest den mother. — james l. brooks (@canyonjim) December 18, 2018

Unfortunately, "Laverne & Shirley" isn't available on any streaming platforms, but for those wanting to pay tribute to Marshall, you can find "Big" on Hulu and "Riding in Cars with Boys" on Starz/Amazon with a Starz subscription. Many of her films are also available to rent on iTunes and YouTube.