On Wednesday, artist Radcliffe Bailey's sculpture, "Pensive," returned to Milwaukee for installation in the plaza in front of the new BMO Tower, 790 N. Water St.

On a chilly Wednesday, artist Radcliffe Bailey's sculpture, "Pensive," returned to Milwaukee for installation in the plaza in front of the new BMO Tower, 790 N. Water St.

The 2013 work in bronze and wood by the Atlanta-based artist first appeared in Milwaukee as part of Sculpture Milwaukee last year.

In December, Milwaukee-based Irgens, developer of the BMO Tower, announced that Sue and Mark Irgens had purchased "Pensive" and would have it installed where it could be enjoyed by all.

We told you a few months ago about "Pensive" statue that will now permanently be at new @IrgensPartners @BMO tower in @MilwDowntown. Guess what’s being installed today?!? Info on the statue can be found here: https://t.co/3eFJyK2qiv pic.twitter.com/snX2Vak0LH — OnMilwaukee (@onmilwaukee) April 15, 2020

Now, it sits facing the plaza, allowing savvy photographers to get interesting angles of "Pensive" contemplating City Hall, the BMO Tower ... or both.

"At Irgens, we prioritize public art with our projects," said Irgens CEO Mark Irgens. "Public art benefits the community at large, attracts talent and is a valuable amenity that sets apart our building and city.

"We couldn't be more proud to not only add aesthetic beauty to our cityscape, but to also tell the story of 'â

The sculpture came back to Milwaukee on Wednesday after having been sent to Chicago for the addition of a new base. It arrived here in the back of a small box truck owned by Methods & Materials, Inc., the Chicago fine art installation firm that transported and installed "Pensive."

Here are some images from the installation: 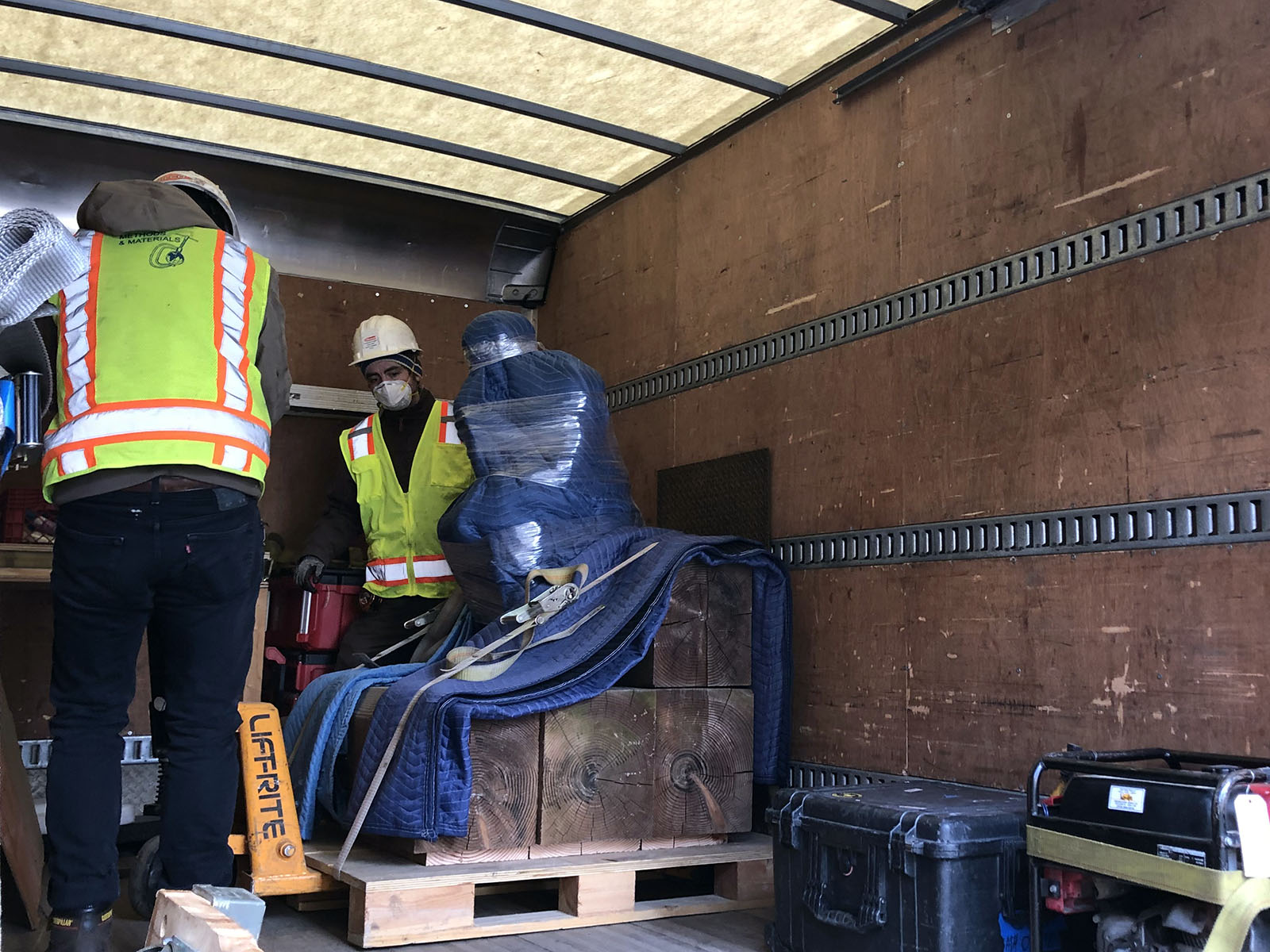 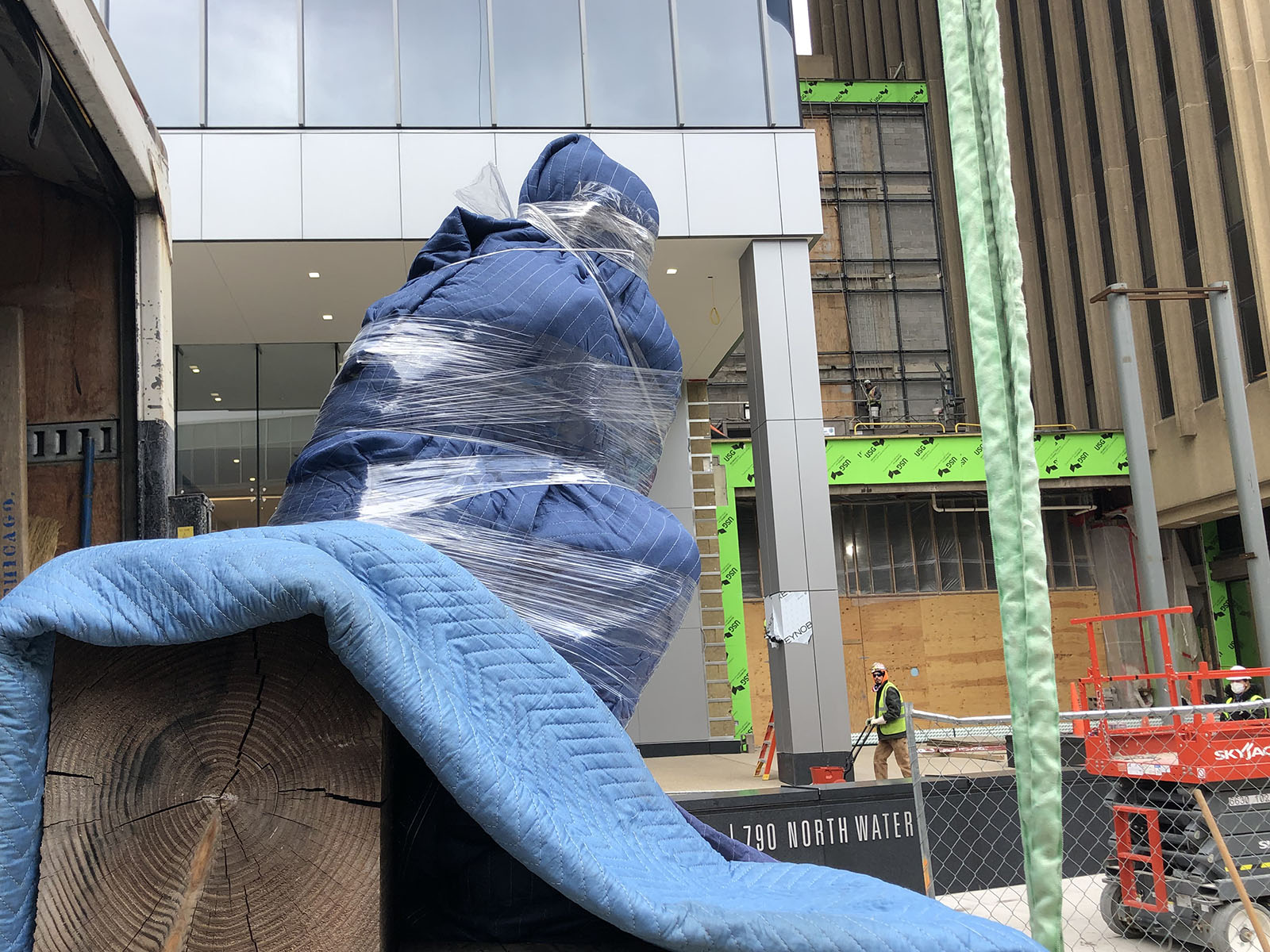 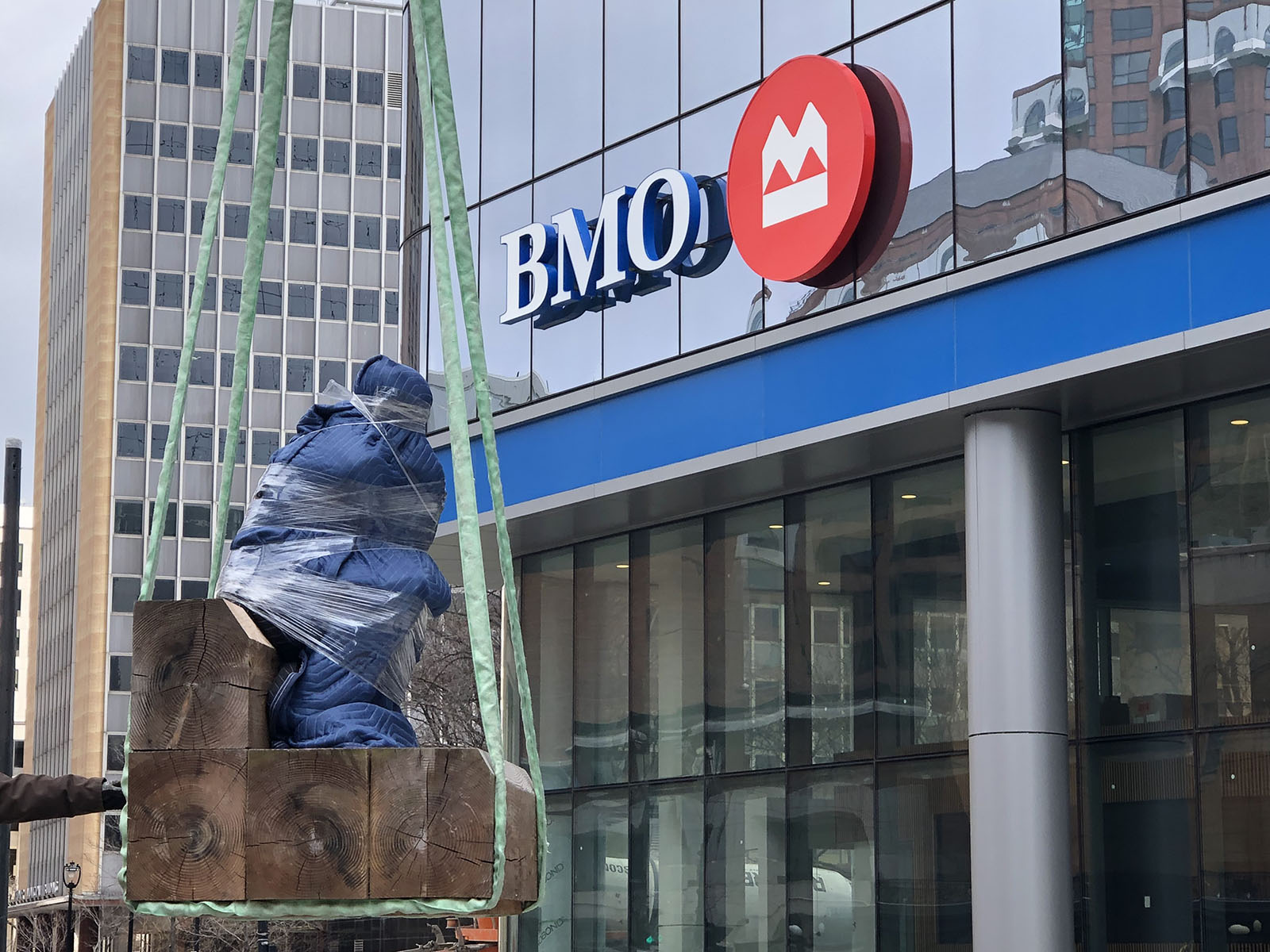 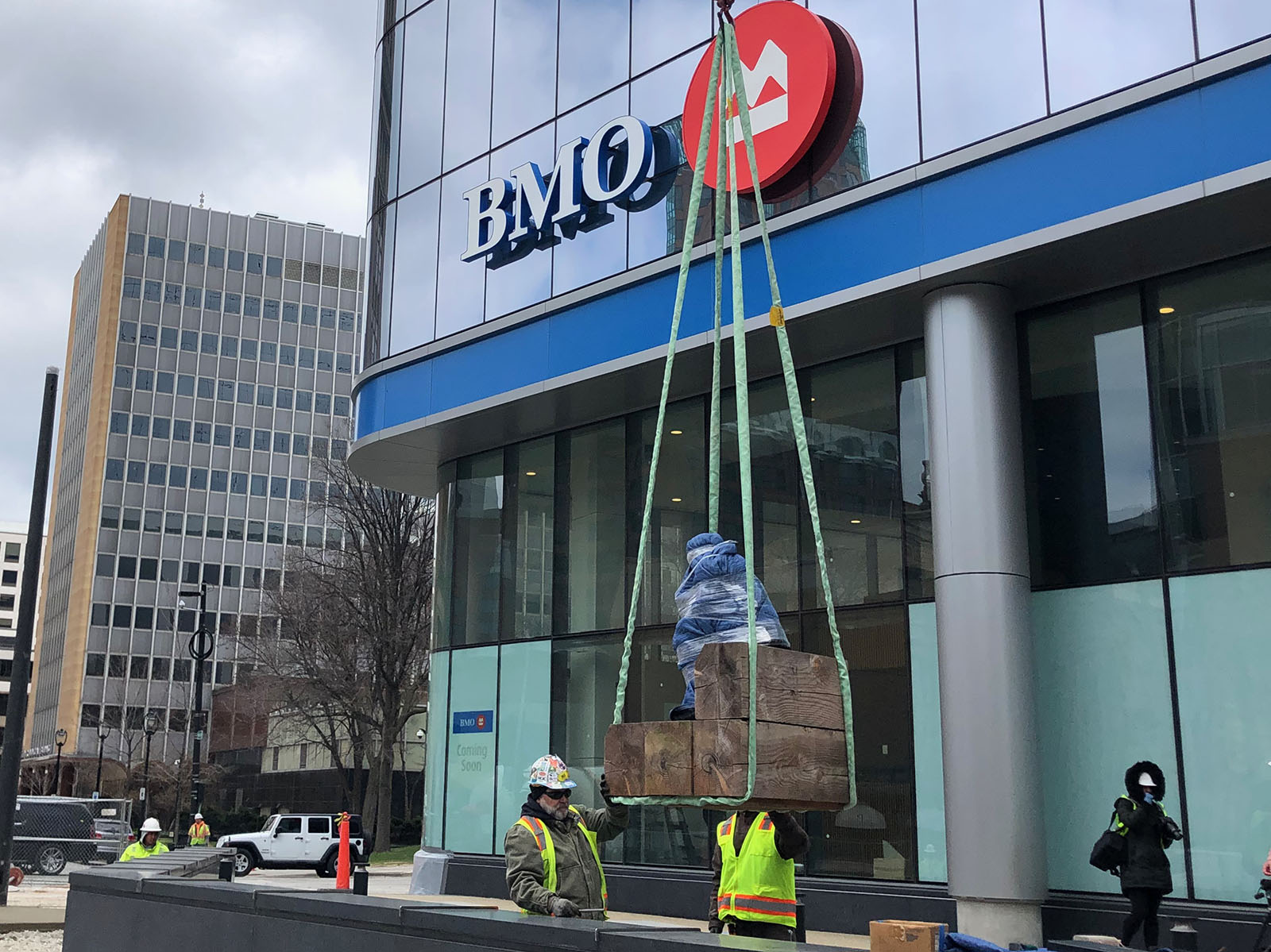 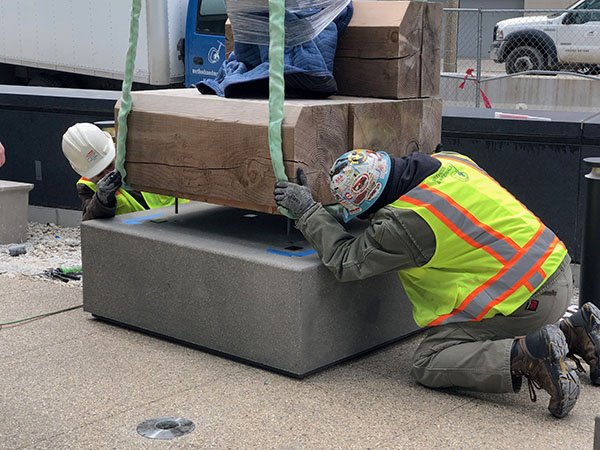 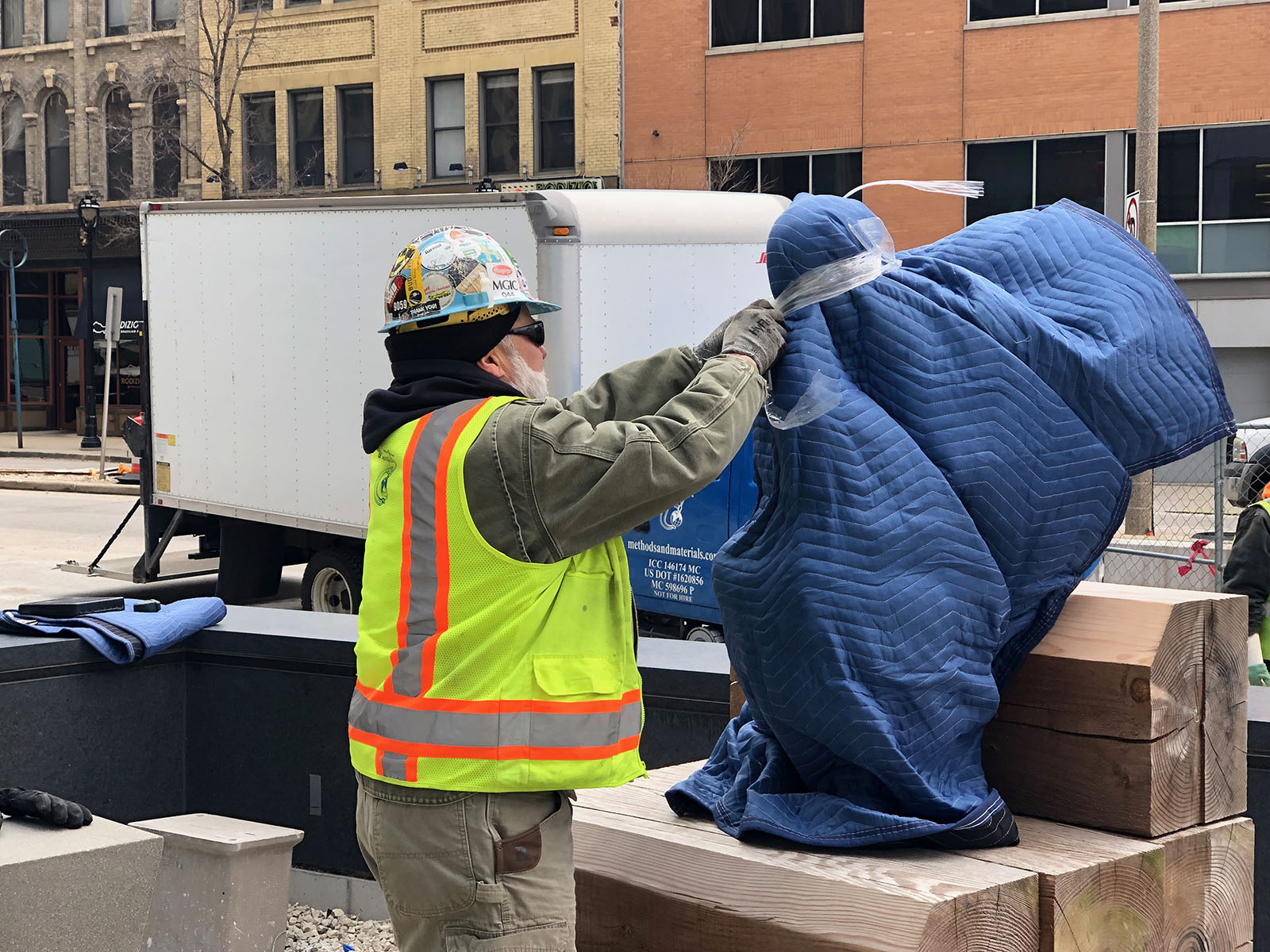 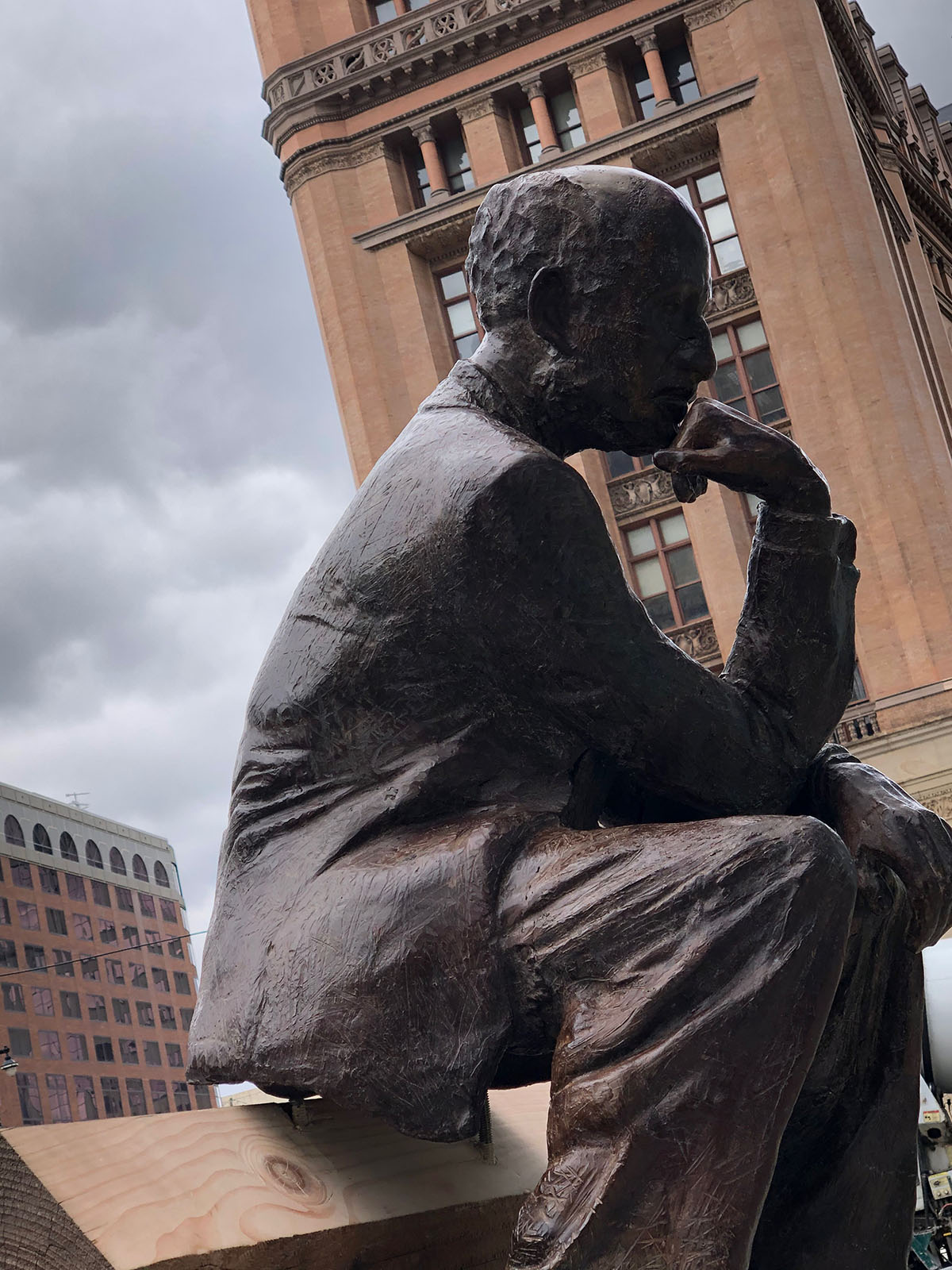