Pete's Pops, which introduced itself to the Martin Drive neighborhood during a soft opening last weekend, will officially the doors of its new popsicle stand to the public on Saturday, Aug. 18.

Pete’s Pops, which introduced itself to the Martin Drive neighborhood during a soft opening last weekend, will officially the doors of its new popsicle stand to the public on Saturday, Aug. 18.

And the new shop, located at 3801 W. Vliet St., is a stunner. That's largely thanks to both its whimsical signage and a reflective tile facade that changes color from purple to aqua and blue depending on the angle from which the light hits. 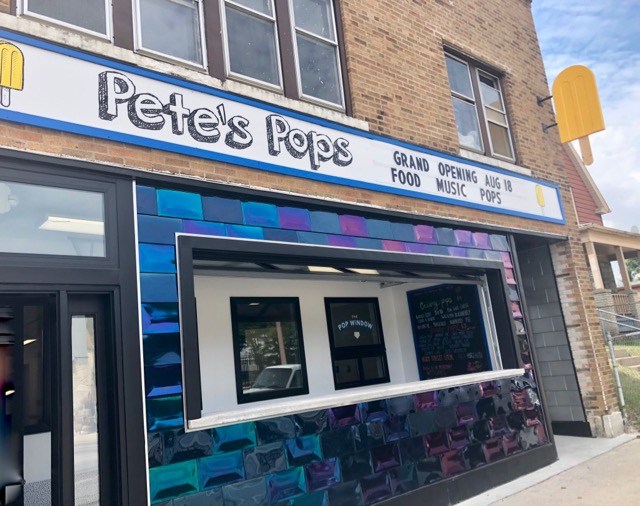 Built to accommodate foot traffic from the neighborhood, the shop features a garage-door-like window at the front, which can remain open on good weather days. Meanwhile, an enclosed vestibule (which allows the business to operate on rainy or inclement days) features a menu board and service window, along with a faux green wall which makes the perfect backdrop for Instagram shots of pops. 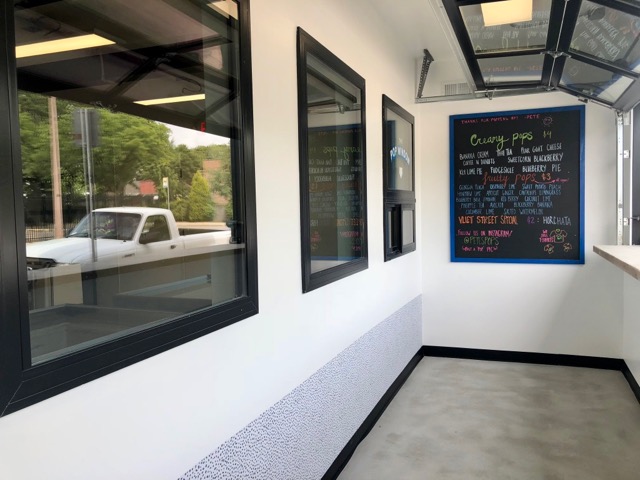 There's also a showing of art from Michael Cerda, the local artist who created many of the drawings for Pete’s Pops over the years, including the lettering on the ordering window and the whimsical dripping pop on the front door. 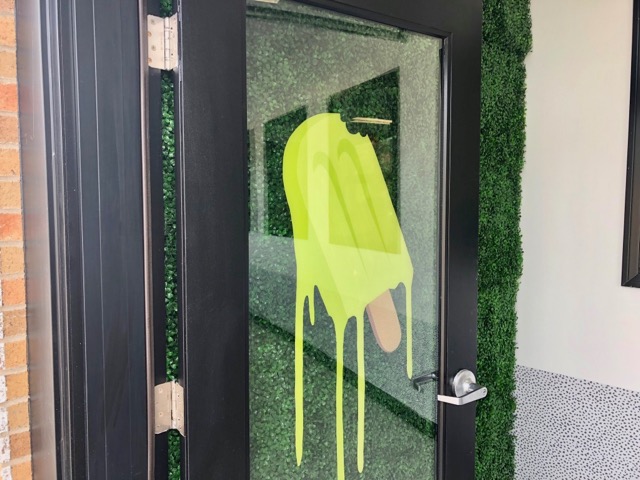 The brand, which is owned by Pete Cooney and operated by Edson Juarez with the help of part-time chef Miranda Glembin, has seen significant growth over the past few years, a factor which prompted the need for an independent brick and mortar production kitchen.

"We are still using our current production kitchen at the Milwaukee Center for Independence right now," notes Juarez. "But we’re hoping to transition production to our new shop sometime in September."

In the meantime, the shop will be open to the public on weekends, offering neighbors a delicious way to cool down on hot days.

"It’s been really great to hear the excitement from our neighbors and the surrounding community," says Juarez. "It’s really touching. And it’s been so rewarding to be part of the revitalization of the neighborhood."

And neighborhood is at the center of the Pete’s Pops mission. In addition to pursuing involvement with numerous neighborhood initiatives, including Washington Park Wednesdays and the Milwaukee Police District 3's National Night Out, Cooney says he’s hired and trained a slew of neighborhood high school students – including Abdi Agoni, Saidi Agoni, Ja-Shaun Forester, Hussain Hasi, Kenneth Jackson, Andrew Reed and Jason Terry – to work at the shop.

"It's kind of a funny story," says Cooney of his new hires. "Last Friday I was finishing up some details at the shop, and a group of kids walked up and asked me if I was hiring. I was originally planning to run our soft opening by myself. But I realized that it would be really helpful to have a few more people to help out. So I gave them my number and told them they could show up on Saturday if they wanted to help out."

Cooney says when he showed up the next day at 11 a.m., he was surprised to find six kids waiting for him at the door.

At first, he says, he didn't know quite what to do. But he knew he needed to make a run over to the commercial kitchen to pick up more pops. So, he let the kids into the kitchen and instructed them to clean up in the kitchen. By the time he returned, he says, they'd swept, wiped things down and taken out the trash.

"It was super ridiculously cool. From there, I assigned them each a two-hour shift, and they all showed up on time. It felt like chaos at first, but in the end it was perfect," says Cooney. "And now they're sending me selfies wearing Pete's Pops t-shirts and texting me to ask when they can work next. They're so pumped about being part of the business."

Cooney says he met his seventh new employee in a similar fashion.

"He was one of the kids who would stop by regularly when we sold pops at Washington Park on Wednesday nights," he says. "And I recognized him when he stopped by last weekend, asking for work. He was pretty disappointed when I told him that I'd already hired a number of people, so I told him that he could show up if he wanted. He also mentioned that he had been DJ-ing with True School, and so I suggested that he could also be a part of our grand opening." 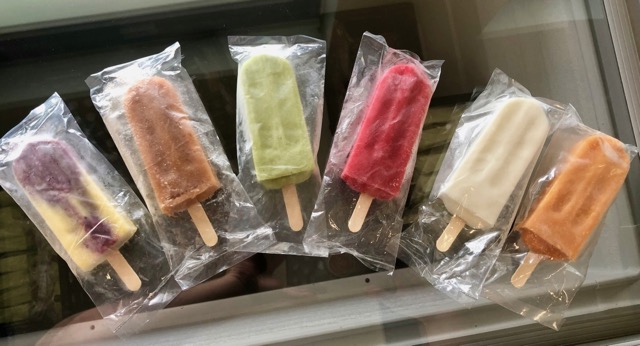 The grand opening festivities are planned for Saturday, Aug. 18 from noon to 8 p.m. during which the pop shop will feature 24 different popsicle flavors and free T-shirts for the first 24 customers.

Offerings will include both creamy and fruity options along with seasonal and limited edition flavors like salted watermelon, sweet corn blackberry, sweet potato peach and coffee and donuts (each priced $3-4), along with a special Vliet Street horchata pop, which is specially priced at $2.

There will also be free grilled hot dogs and bottled water along with area DJs spinning tunes to set the celebratory mood. DJ Shawna will be featured from noon to 2 p.m. and DJ Sour (new employee, Andrew Reed) will also perform from 2 to 4 p.m.

The Pete’s Pops shop will be open (for sure) through the end of September. Initial hours will be Saturday from noon to 8 p.m. and Sunday from noon to 6 p.m. By next year, Cooney says he will likely have daily hours for the shop.

Pete’s will also be making it’s usual appearances at the Tosa, South Shore and Shorewood markets, as well as a variety of local events. Pete’s Pops is also available for hire for weddings and both private and corporate events. Contact information is available at petespops.net. You can also follow Pete’s Pops on Facebook, Instagram and Twitter.