1234 E. Brady St. is a special spot. It had a long history of housing the Brady Street True Value hardware store and now, Pete Marshall is adopting the space and naming it, aptly, Pete's Pub.

The space at 1234 E. Brady St. is special. It had a long history of housing the Brady Street True Value hardware store and in 2016 it was lovingly repurposed and restored as Harry's On Brady.

Now, Pete Marshall is adopting the space and naming it, aptly, Pete's Pub. "I really dug deep to find the name," jokes Marshall, who was the former owner of Jack's American Pub also on Brady Street and before that, the manager of the Milwaukee Brat House Downtown.

Pete's will focus on a small but fastidious menu, primarily a mix of sandwiches and sharable appetizers. The liquor choices will focus on craft beer and small batch spirits.

"Basically, we're going for tastes and flavors everyone loves," says Marshall, a native of England who moved to Milwaukee in 2008 to attend – and later get an MBA from – Cardinal Stritch University.

Because the spot needed very little maintenance or remodeling, Marshall is planning to open Pete's sometime in March. He plans to keep the saw-shaped sign that once hung outside the hardware store and later outside Harry's.

"(The owner of Harry's Pub & Grill) did such an amazing job there's so little we want to change," says Marshall. "This building was built in 1887 and we have so much respect for its history. We really want that to shine through." 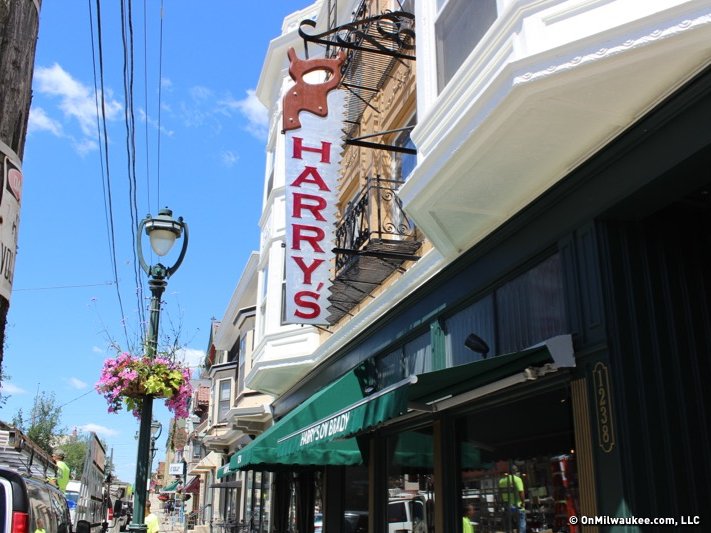