You've seen dogs on patios, but how about Barnes and Noble or any of these other places you'd never suspect are dog-friendly?

Join thousands of pet lovers and their four-legged family members at Fromm Petfest on Saturday, Sept. 21 at Henry Maier Festival Park from 10 a.m. to 6 p.m. For more information, go here.

For many dog owners in the United States, dogs are family members and thus they want to bring them beyond the yard and into the world. Many businesses recognize this and have loosened up on their no-pets rules or even declared their establishment "dog-friendly."

First, decide if your dog would enjoy being in a public place and if they are comfortable with strangers. Even though it’s dangerous and bad form, many people pet dogs before asking. Yet it’s still completely on the dog owner to ensure that if someone does this, the dog isn’t going to make a hoagie of their hand. In short, don’t bring a dog into a store, bar or restaurant unless you’re 100 percent certain your best buddy won’t bite someone.

Also, leash or restrain your dog in a sling or stroller. There are myriad reasons why dog owners must do this, and not a single reason why they wouldn’t. Even if your lab Larry is as gentle as dandelion fluff, he’s gotta be on a leash at Lowe’s. Period.

Many national chains are surprisingly dog-friendly. Although, it is important to always call a store before arriving with your dog because the rules may vary from store-to-store.

All pet stores – including local neighborhood stores like Bentley’s Pet Stuff and Pet Supplies Plus – welcome furry BFFs. Hardware / home improvement stores are particularly dog friendly, too, including Home Depot, Lowes and Farm & Feet. Recently, I took my dog to the Home Depot on Holt Avenue after calling ahead. The employee said yes, their location is dog friendly as long as my pup was on a leash and well-behaved, which is the standard for bringing a dog anywhere. 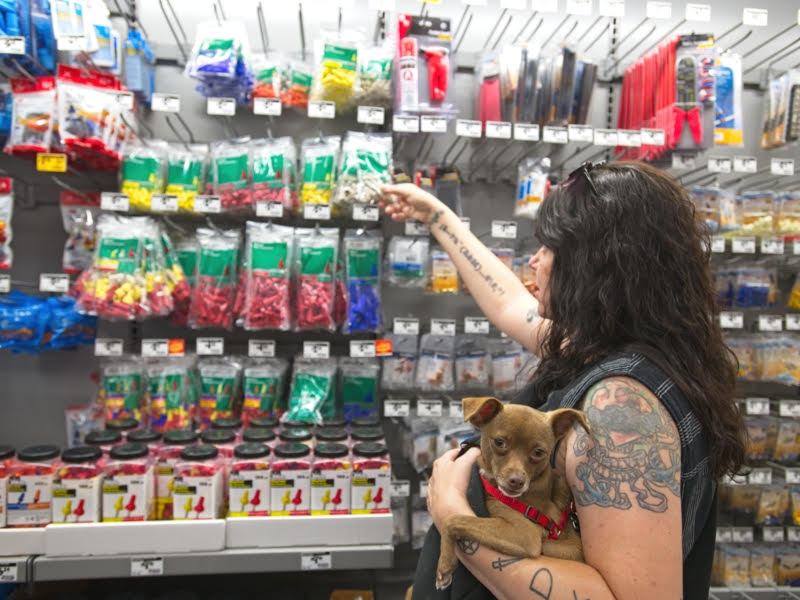 Local hardware stores like the Ace Hardware in Wauwatosa and Bliffert Hardware in Riverwest have a reputation as being particularly dog-friendly.

"I haven’t brought my dog in yet, but I’ve seen dogs at Bliffert and I know they have treats," says Ruth Weill.

Amazingly, numerous clothing retailers like TJ Maxx and Macy’s are cool with canine customers, but policies vary from store-to-store. Some Barnes & Noble Booksellers also welcome dogs – although not in the cafe area. In Milwaukee, pups can walk among the book stacks in the Bayshore Barnes & Noble, but the Greendale and Mayfair locations permit service dogs only.

And even some banks dig dogs, like Associated Bank in Whitefish Bay, according to longtime member Ted Perry.

"Associated Bank TOLD me to bring my dog inside. They then proceeded to spoil her rotten," says Perry.

Bring Fido is a relatively new app that lists dog-friendly hotels and restaurants worldwide. The owner, Melissa Halliburton, claims she and her friends called every hotel in America before launching the app in 2006. Bring Fido lists 101 dog-friendly restaurants and pubs in Milwaukee like the Camp Bars, Art Bar and most craft breweries and distilleries along with 38 pet-friendly hotels, including the Iron Horse Hotel, The Ambassador and The Plaza Hotel.

Although dog-friendly bars, hotels and restaurants are becoming more common, there are still a few fancier places on the list that don’t seem like they’d be dog-welcoming, like the upscale Harbor House, Sake Tumi and Zarletti, but they are. However, this means they have a dog-friendly patio or specific area, not that the restaurant itself is dog-friendly, so be aware of these distinctions and plan accordingly.

OnMilwaukee has a comprehensive list of all local dog-friendly locales here. Not surprisingly, Brew City – a city where many people like to spend their leisure time socializing while consuming libations – has many dog-friendly taverns and eateries.

Teri Regano, owner of the Roman Coin on Brady Street, says dogs are absolutely welcome in her establishment – as long as they "play nice."

"We’re a neighborhood, corner bar and believe that our patrons should be able to stop in with their dog if out for a walk. We have the same rules for our dogs that we have for our humans: play nice and don’t be too loud," says Regano, who always puts out water and treats for dogs. "Plus dogs add a relaxed and welcoming feeling to the bar. It also gives those without pets the chance to get their ‘dog fix.’" 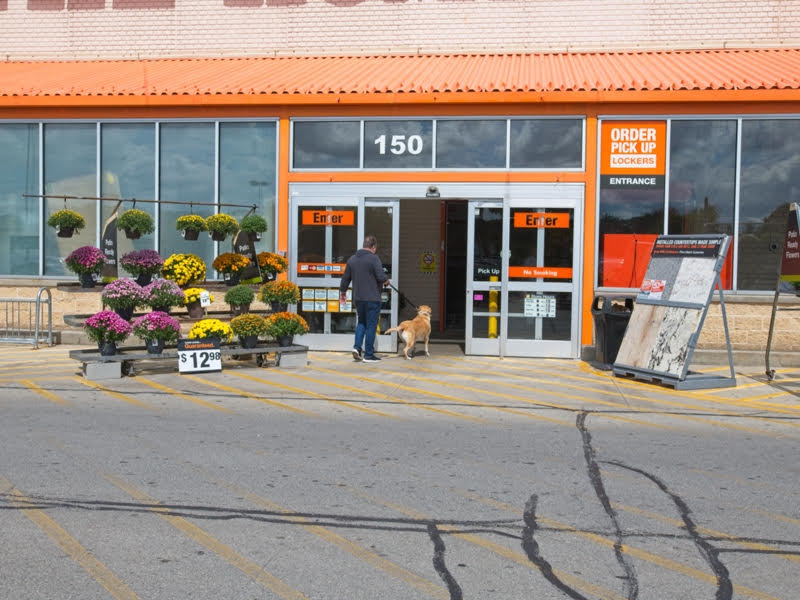