There’s a new dumpling pop-up in town that’s serving up phat, juicy, freshly made dumplings that you can order and prepare right at home.

Phat Dumpling is the brainchild of husband and wife chef team Kristen Schwab and Jeff Marquardt, industry veterans who bring years of collective experience to the table, along with an affinity for creating amazing dumplings with inventive flavor profiles.

“We’ve been talking about launching the Phat Dumpling concept for over a year,” says Schwab. “But when the pandemic hit, it seemed like a really great time to move forward.”

As it turns out, they were right. The couple launched their first (sold out) pop-up last week, offering a menu of dumplings in flavors like red curry fish and pork, chicken and wild mushroom, pork and kimchi and coconut curried greens for pre-order and pick-up at their rented commercial kitchen space at 316 N. Milwaukee St.

Schwab says their goal moving forward is to offer one pop-up a month, as well as a variety of collaborative pop-ups with area restaurants. 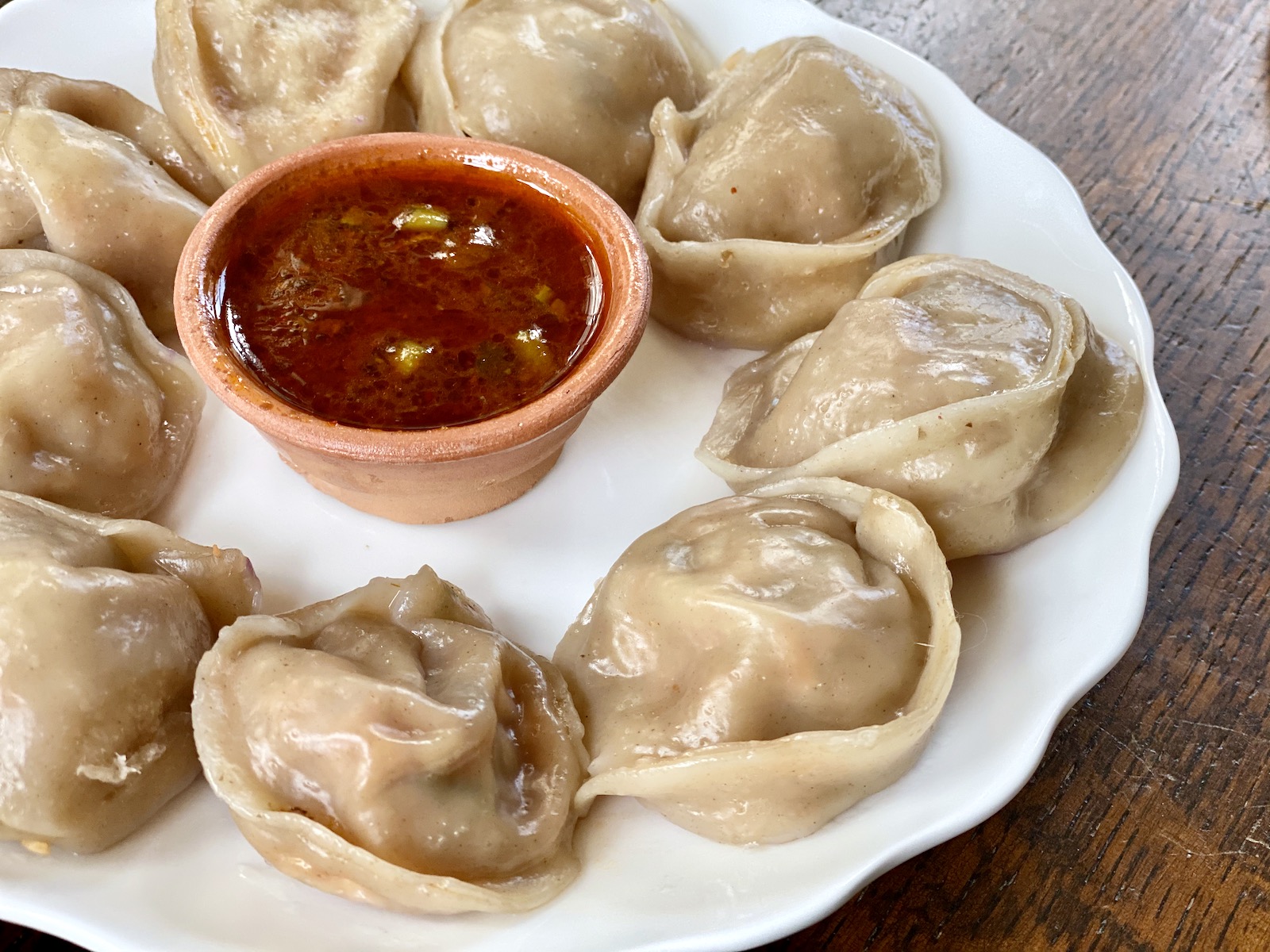 Connecting with culture through dumplings

Schwab, who began honing her dumpling-making skills over five years ago (initially making them for family and friends) has furthered her craft in recent years working as the master of dumplings at Dandan, 360 E. Erie St.

"My family on my father's side is Indonesian," she says. "But our family is so big and spread out... we're not very close."

Nonetheless, she says many of her family memories were built in the kitchen. As a child, she says, she remembers helping her grandmother in the kitchen, making treats like lumpia, spring rolls and fried rice. “My Oma passed away when I was about ten; but my dad and I always made regular trips to Chinatown when I was young. And we ate amazing things. It was our special thing.

“I’ve spent hours researching through Ancestry.com," she says. "But in many ways, I’ve really been most able to explore and connect with my Indonesian roots through the thing I know and understand most: food.”

As a result, Schwab says dumpling fillings take inspiration from a variety of places. Among them are her taste memories. The Oma’s dumpling, for example, is a signature offering inspired by the corn fritters her father always made for special occasions.

“Essentially, I took all of the ingredients – pork, corn, cilantro and sweet soy – and put them together in dumpling form,” she says, noting that she plans to pilot numerous new flavor combinations in the coming months, from more traditional dim sum fillings to new, outside-the-box creations inspired by favorite ingredients and dishes. 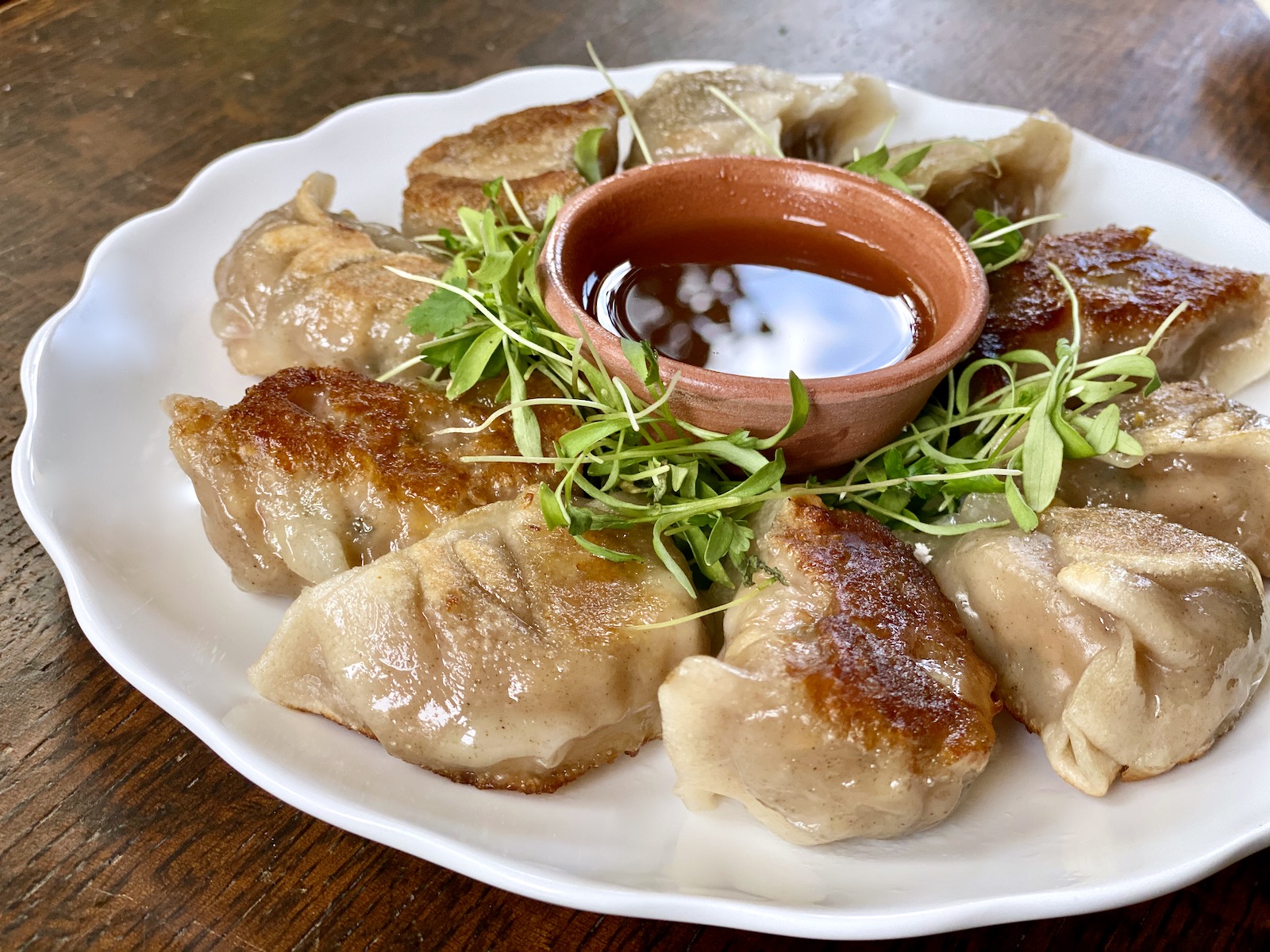 Marquardt, who has spent a good portion of his career opening restaurants, perfecting his butchery skills and helping friends launch new projects, says that he is both an avid supporter of Schwab’s passion project and the business brain behind the operation.

“I have so much experience in the ‘new food’ arena,” he says. “So I’m excited to use all of my entrepreneurial skills for something that belongs to us. The pop-ups have been a great way to launch this on our own terms in a slow and deliberate way.”

Schwab says the pop-ups are likely just the beginning for the Phat Dumpling brand.

“We have so many ideas,” she says. “But things are so uncertain right now, it’s tough to predict what will make sense in a few months. So the pop-ups are a great way to test things out and experiment with ideas that we might  be able to use moving forward.”

“Ideally,” she adds, “I’d love to have my own restaurant. It would probably be more fast casual, but we’d serve things like dumplings and Asian noodles.”

“Yeah,” Marquardt adds. “We really love the hidden gem in the strip mall vibe. So, it might even be that we start more of a little shop with cases filled with dumplings and noodles and things. It’s all about seeing what makes sense.”

But for the moment, Schwab says, they’ll focus on pop-ups. 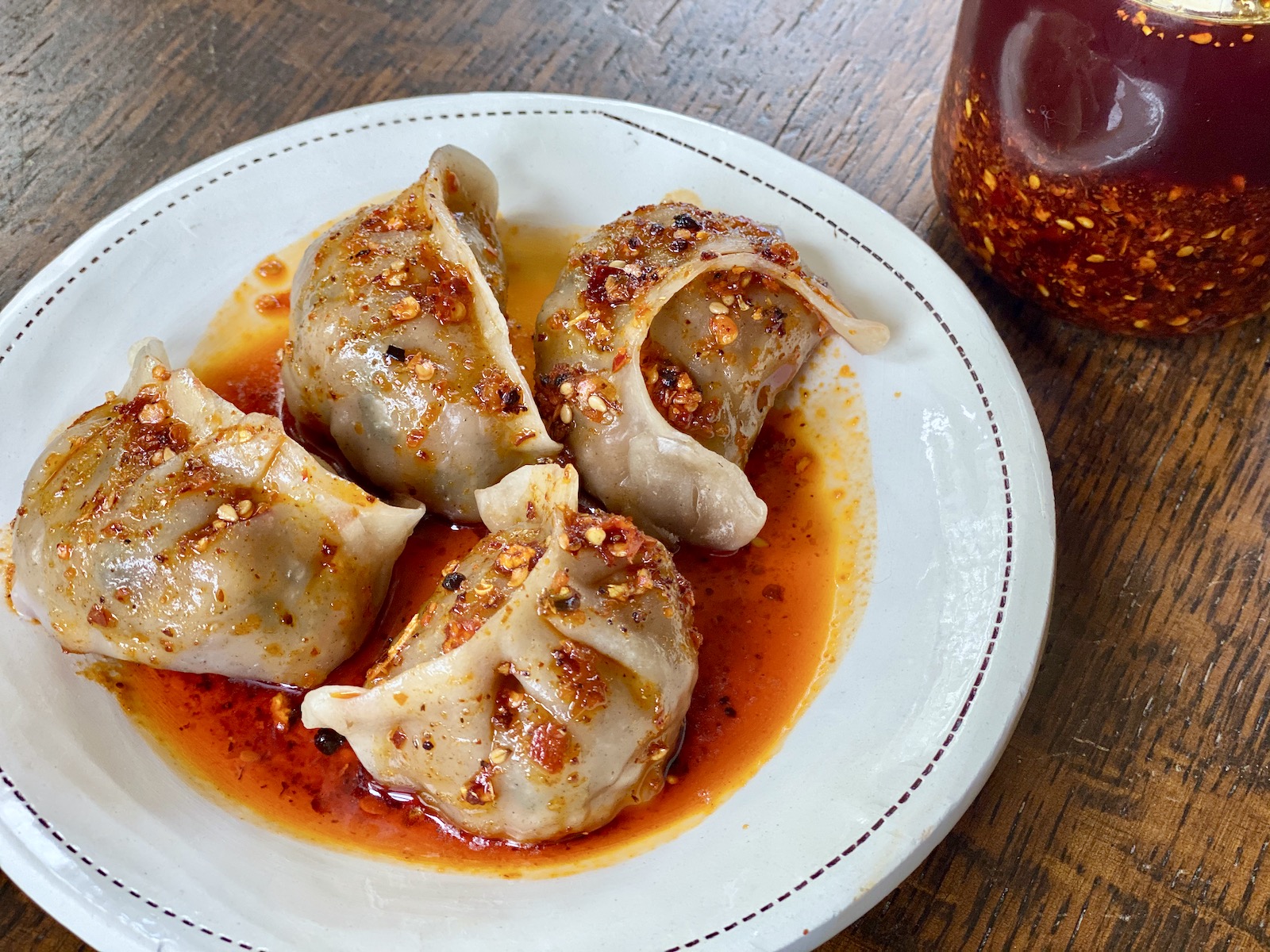 “I’m working at Dandan again now that we’ve opened back up,” she says. “But we’re hoping to do about one pop-up a month, plus some fun collaborations with friends.”

If all goes well, the next Phat Dumpling pop-up is expected to take place the weekend of Nov. 14-15, with pre-orders beginning around Nov. 5.

Schwab says the menu is likely to include Oma’s dumplings with sweet and sour tamarind dipping sauce, along with some new experimental flavors like pork and dill; chili crab and pork shumai; and cumin beef with Szechuan chili crisp. Dumplings will be priced between $10 and $12 for ten dumplings and accompanying sauces. Folks will also be able to purchase add-ons like Phat Dumpling’s Chili Crisp, a medium hot blend of red chili flakes, sesame seeds, garlic, aromatics and peanut oil (7-ounce jars sell for $7). All orders come complete with instructions for boiling, steaming or pan-frying the dumplings, plus tricks for best results.