A life punctuated by coffee: The story of Pilcrow Coffee in Bronzeville

Meet Pilcrow Coffee: a new roaster that's settling into a new space on Martin Luther King Jr. Drive in the Bronzeville Neighborhood. The company plans to roll out its coffee - including nitro-infused cold brew - to consumers in the next month or so.

You’ve probably run into a pilcrow at one point or another. They’re the typographical symbols that indicate the beginning of a new paragraph (¶). Used as far back as Ancient Greece, the pilcrow eventually became a commonality in legal writing, desktop publishing and – maybe most significantly – proofreading.

It is also the name of a new coffee roasting company slated to open in the next month or two in the Bronzeville Neighborhood.

Owner Ryan Hoban says he chose the name to describe his relationship to the coffee.

"It’s a humble symbol," says Ryan Hoban, owner of Pilcrow Coffee. "It’s something that’s only present in a rough draft. And yet, it helps to form the narrative. And that’s really where we stand when it comes to coffee. A big part of what we want to do is to really be a part of the storytelling process when it comes to coffee and the growers who produce that coffee. We have a role in that narrative, but the story is about the coffee, not about us."

The new roastery will be located at 1739 N. Martin Luther King Jr. Dr. And, although it won’t house a full-service cafe, it will feature a retail counter where customers can purchase freshly roasted coffee along with a small tasting bar with 8-10 seats that will offer pour-overs, espresso and nitro-infused cold brew during limited hours during the week.

Currently, Hoban is roasting at Ipsento in Chicago; however, he's in the process of installing a Diedrich IR-7 roaster at the new location which will allow him to transition his roasting to Milwaukee. Moving forward, he also plans to roll out out two "nitro trikes" equipped with barrels of coffee on tap, which will sell coffee throughout the city.

"For now, the space is really meant to be primarily our production space," says Hoban. "We really want to be sustainable in our growth. So, we don’t want to start off being too cocky. We really do want to start small, give people a chance to try our coffee, and then grow as the market demands. Eventually, we’d like to have a cafe that we’re really proud of where we can showcase our product and hospitality; but we want to do it wisely and responsibly." 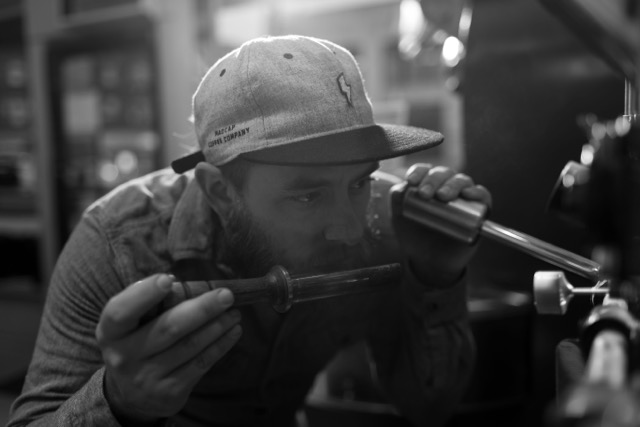 Hoban, who is originally from Oconomowoc, says his experience in the coffee industry technically began with a barista gig at Starbucks while he was working his way through college.

"At the time, it was just a good job," he says. "But, it wasn’t really about the coffee. Eventually I went through managerial training and worked as a manager for a coffee shop in Chicago. But, eventually I decided that the corporate life just wasn’t what I wanted."

Instead, Hoban partnered with a friend to start a Chicago-based window washing company called Urban Street Window Works. And, interestingly, that’s when he began falling in love with the idea of coffee.

"When we started the company, there was a local coffee shop, Ipsento, in our neighborhood that we used as an office," he says."I always loved cafe culture, and the more time I spent there, the more intrigued I got," says Hoban. "They’d do cuppings every week, and I would attend them. As I started tasting different things and learning more and more."

Over the course of about a year, Hoban says he went from drinking sugar-filled Nutella lattes to sipping straight black coffee. And he grew increasingly interested in the science behind a good cup of joe.

"I fell in love with the coffee and the theater of the cafe," he says. "And at that point, I became a home enthusiast. I bought different coffees. I got an aeropress and a Clever ...and I found out how little I really knew about coffee."

Time passed, and ultimately Hoban and his wife made the decision to move to Milwaukee to be closer to family. 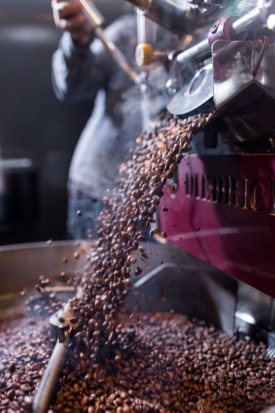 Eventually, he decided to approach Ipsento owner, Tim Taylor, about an apprenticeship.

"He agreed to let me work with him and learn more about coffee," says Hoban. "During the next six months, I commuted down to Chicago. I learned the basics of roasting and I got a crash course in sensory analysis and green buying."

Hoban also had the opportunity to travel. He accompanied Taylor on a trip to Rowanda for a Cup of Excellence cupping event. He also went on a buying trip to Panama, where he met Lamastus Estate guru, Wilford Lamastus and got his first experience collaborating on the cupping and coffee-buying process. And, in the end, Taylor offered him a job as the manager of operations.

"The first week I was there, the head roaster quit," recalls Hoban. "I was pretty scared. At that point, I didn’t know much. I’d never executed a full production week on my own, so it was a big learning curve. But, Tim put his confidence in me and I became the head roaster."

But, within a year’s time, Hoban says he knew he needed to move on. And, he says, he knew he wanted his next move to be in Milwaukee.

"Initially, I didn’t really think that I liked Milwaukee," says Hoban. "I’d really fallen in love with Chicago and I liked the pace … there are so many people, and so much diversity, that you can really just do your own thing. But, the second time we moved back, the city really started to feel claustrophobic to me. I missed the calm of Milwaukee, and realized it would be a great place for both my family and a new coffee company."

Get more information on Pilcrow Coffee and follow its progress on Facebook.  And stay tuned to OnMilwaukee for additional details as they develop.