Pitbull gives fans the "Time of Our Lives" at the Amp

Mr. Worldwide kicked off his new tour, Pitbull: Bad Man Tour, to a relatively full crowd on the second day of Summerfest. The Grammy-winning artist is touring with Latin star Prince Royce and special guest Farruko.

The lights went down, and Pitbull’s story – a man who had nothing and became something – splashed across the screens, while Phil Collins "In the Air Tonight" floated through the Amp. He was presenting his "American dream" to Milwaukee and wanted us all to share in the moment.

There were moments like this throughout the night – about transcending boundaries and being one – but there was also classic Pitbull, with gyrating hips, J-Lo lookalike dancers and one hell of an international band backing him up. 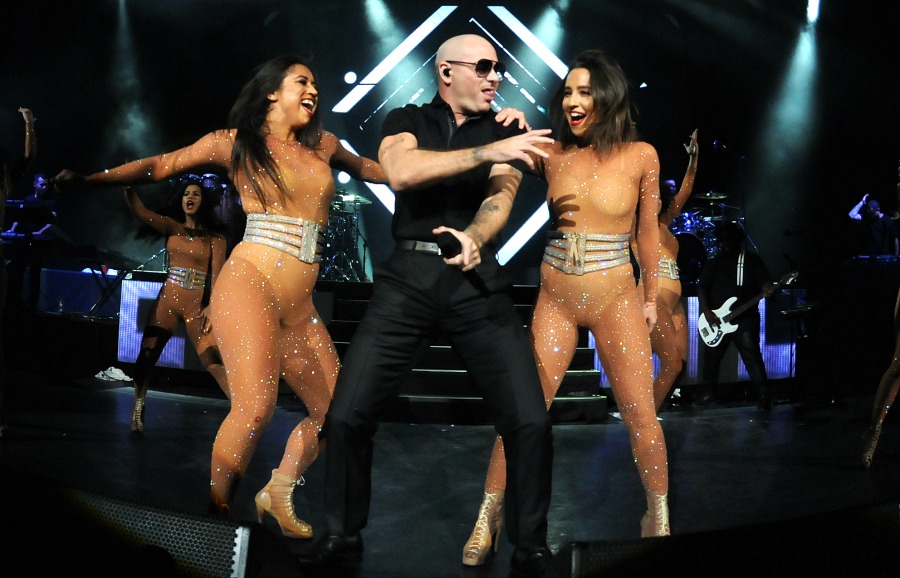 The party got started suitably with "Don’t Stop the Party," and indeed, it never did stop all night long. He rapped that "I've touched down everywhere," and he did the same on the stage tonight.

He asked if Milwaukee was ready to go, to go to the club, and the Amp responded in kind, refusing to stop dancing with hit after hit pouring out of the ball of energy that was rocking on the stage. The crowd ate up "The Anthem," a "Sweet Child of Mine" cover and "Rain Over Me." All our hands were up in the air, and all our hips were dancing with him. 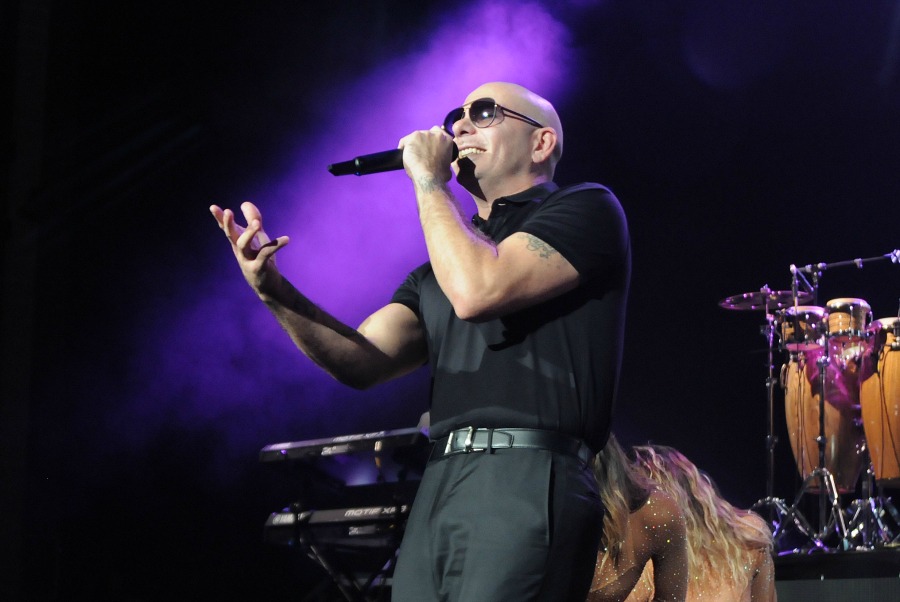 A serious and somber Mr. Worldwide took off his infamous sunglasses to talk of the power of music, its ability to break down barriers, walls and beliefs, and pull us all together. A roll call of the audience confirmed it was an indeed a diverse crowd of white folks, black folks and Latinos, the largest group. Even the roll call had a purpose: We are all one and represent the USA.

However, the sunglasses went back on, and the party picked right back up with "Bon Bon," "Hotel Room" and "Back In Time." He leads the crowd chanting, "The roof is on fire" and blasts into "Fireball."

"It’s time to go back, take it back in time," he shares before "I Know You Want Me" and his hit with Jennifer Lopez, "Get On The Floor." A medley that followed served as a throwback to simpler times "when music was our social media," and then cue "Time of Our Lives."

Just when you thought things would slow down, you were wrong. Everyone was about to "Feel the Moment," and then came "Timber" before one of Pitbull’s biggest hits to date with "Give Me Everything."

And indeed, Pitbull did give everything tonight. From one hell of a party to a serious conversation about crossing bridges and uniting as one – featuring a bilingual show like no other I've seen – he covered it all and made sure everyone did indeed have the times of their lives.