The Pixies play it their way on the holiday

No chit chat. No between song banter. No goodnight. Wednesday night's Fourth of July gig at the BMO Harris Pavilion was just a holiday business trip for the hardcore fans and the band.

One of my big misses as a young music writer in the 1990s was not seeing The Pixies live. They only came through town a few times prior to the band’s breakup in '93, when lead songwriter and guitarist Frank Black announced during a radio interview that they were done and faxed the band their dismissals. While the music was ahead of the curve, his use of impersonal technology was controversial at the time.

I was granted a second chance and have seen them on multiple occasions and settings over the past decade. The reunion tour and Doolittle tour were for the old fans, like myself, and a new generation that missed the first incarnation. It can be said, at this point, that the band is playing for the band. The current lineup features Black, the lead singer and songwriter, David Santiago on lead guitar, Lovering on drums and Paz Lenchantin on bass and vocals. 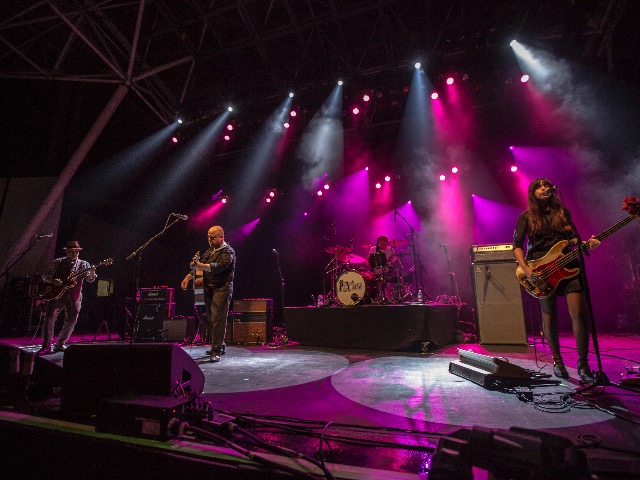 A fluid setlist every night is a rarity these days in the overly orchestrated and produced live entertainment environment in which we live. Frank Black recently told setlist.fm, "What we are going for is reading the room."

Summerfest’s BMO Harris Pavilion was exhibit 1A of this thought process.

The night was a perfect setup for the mystique of the band’s artistic and dramatic effects to take hold. An evening storm complete with torrential rains delayed the opener, The Wombats, for a half hour, but the main act started relatively on time.

The Pixies started out with an easy rolling version of "Ana" behind an odd backlight and a haze that looked like remnants from the lighting storm. A slowed down methodical version of "Wave of Mutilation" followed, and the audience wasn’t sure what show they were going to get. In the early years, they would sometimes play their set in alphabetical order. They ran a two-year tour playing just the songs in order from the album "Doolittle." But tonight was a roller coaster of new and old material.

Frank Black clung to his acoustic guitar for almost the first hour of the show. This pace of long drawn-out lead-ins to songs flipped with the fifth song, "Here Comes Your Man," which hit an upbeat vibe that got things going for the crowd. It was the first time the lights came up on the full band and the first indication that the low lighting was intentional and not a weather related power outage. 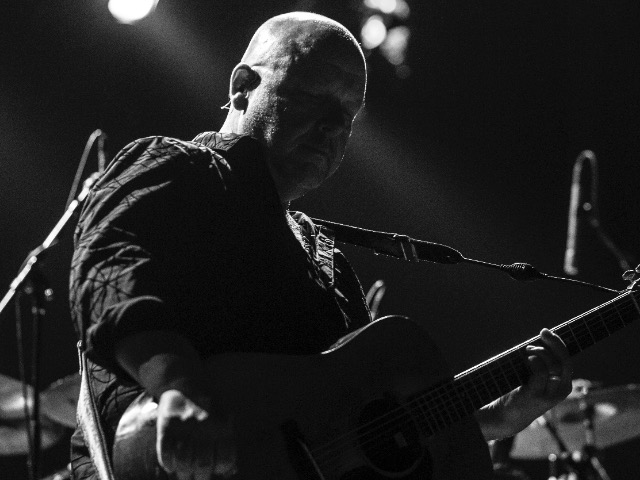 This is Pixies 2.0 as original bassist Kim Deal was replaced in 2014. Lenhantin has been a solid addition. She is able to hold her own on the classics and owned the stage for "Gigantic." Her sugar sweet vocals shined through as well on the newer song "All I Think About Now."

Some other highlights of their Summerfest performance included a crisp version of "Monkey’s Gone to Heaven," a great distortional lead-in on "Veloria" and a campy cover of Jesus and Mary Chain’s "Head On."

Twisted historical and biblical lyrics and uneasy melodies are a big component of Black’s writing charm. Tonight was a showcase performance of how he’s been able to manipulate the shows though tempo and vocal alterations on classics to keep it fresh for him and the band. He intentionally altered his vocal chorus on "Where is My Mind," one of their bigger hits, towards the end of the show, for instance.

The Pixies ended their show at the BMO Harris Pavilion with a bow – that was their only audience interaction of the night. No chit chat. No between song banter. No goodnight. Just a holiday business trip for the hardcore fans and the band.