A visit to Postman's Plot

There's a new pop-up park on Wells and 2nd Streets called Postman's Plot, a small greenspace celebrating the founding of the National Association of Letter Carriers. Yesterday we stopped by to deliver our love letters to Milwaukee.

There’s a new pop-up park on Wells and 2nd Streets called Postman’s Plot, a small park celebrating the founding of the National Association of Letter Carriers.

On May 24, more than 100 volunteers joined forces to help restructure the triangular park. The park came out of the Main Street Now Conference, a 35-year-old organization that helps communities revitalize their downtowns and commercial districts.

The centerpiece of the park is the Letter Carriers’ Monument, which was created in 1989 for the centennial of the National Association of Letter Carriers. However, before the renovation, the statue was rarely noticed or visited because of the stamp-sized greenspace on which it stood.

A collaboration between Newaukee and the Greater Milwaukee Association of Realtors – along with the aforementioned volunteers – resulted in this friendlier, more useful space. Additions to the park include bright blue furniture designed by Ryan Tretow, a stage for community meetings, film showings, poetry and music events and a letterbox for people to leave love letters to Milwaukee (#LetterstoMilwaukee).

Yesterday, my sons and I wrote love letters to Milwaukee. They are 13-year-old boys, so they weren’t revved up by the idea initially, but they did it. Afterward, we walked over to the park to read our letters aloud (they were also lukewarm on this part) and then dropped our letters in the mailbox.

One of my sons (I won’t name names) wrote a surprisingly thoughtful letter; the other son wrote three sentences. Letters to Milwaukee, however, were still written, so this mom was satisfied.

Here are four more photos from our visit. 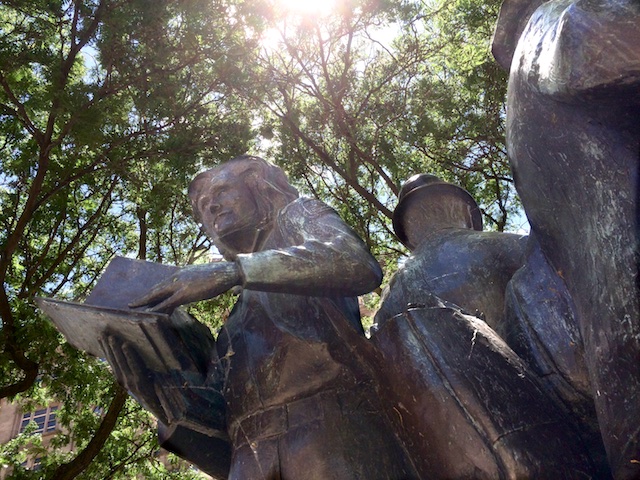 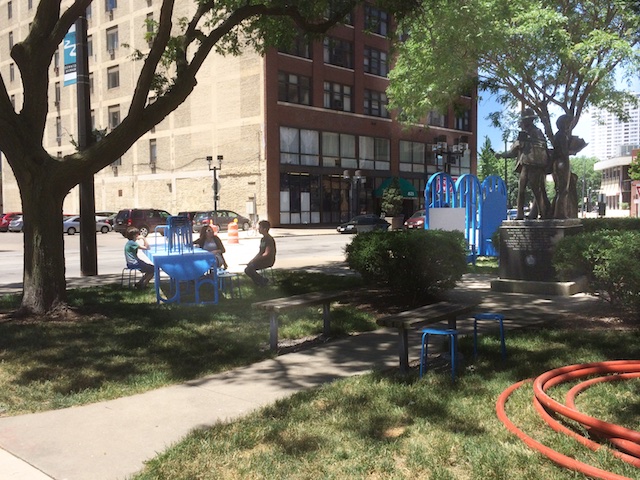 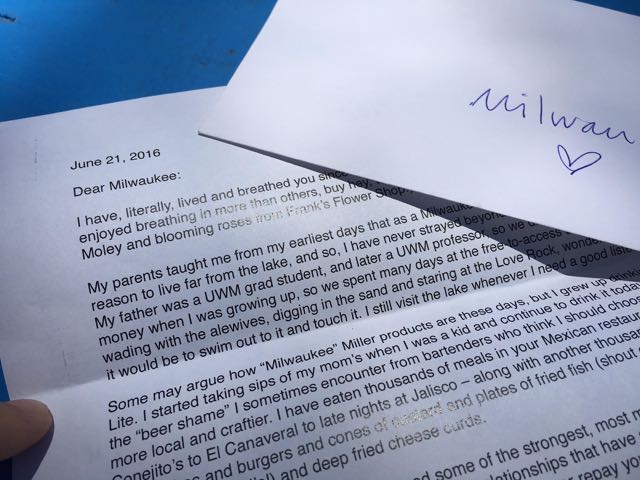 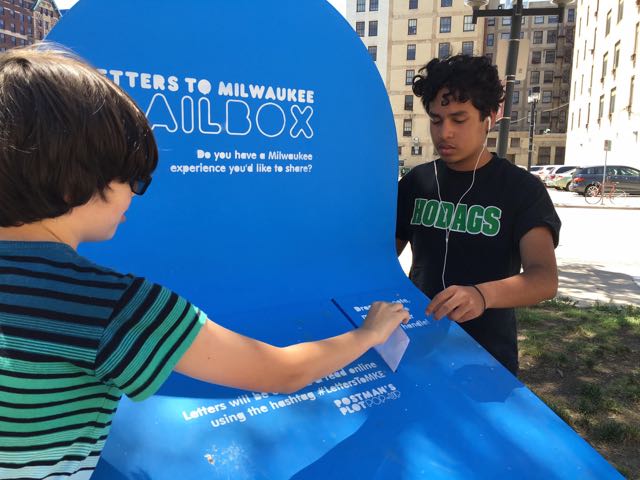