Five years after the Potawatomi Hotel & Casino opened, towering over the Menomonee Valley, a second 19-story wing is now online. We went inside for a look.

Five years after the Potawatomi Hotel & Casino opened, towering over the Menomonee Valley, a second 19-story wing is now online.

According to Potawatomi's Jay Saunders, demand for rooms meant that the idea for expansion was hatched pretty quickly once the first tower opened in August 2014.

"Before I worked here I had no idea," he says, "but once I started (almost a year ago) I realized just how much demand there was for a second tower."

Rather than build two separate buildings, architects Cuningham Group and Zimmerman Architectural Studios drew a new hotel tower that juts out 90 degrees from the east facade of the original tower, creating one seamless structure.

The expansion adds 50 jobs, as well as 119 standard rooms and suites to give the property a total of 500 guest rooms.

That tally moves it into second place among the Downtown area’s largest hotels, behind the 745-room Hilton Milwaukee City Center.

The new wing also includes another spacious 1,600-square foot top-floor suite called the Chairman’s Suite. A few years ago, we wrote about the larger Presidential Suite atop the first tower, which offers similarly stunning views of the city and the Downtown skyline.

While the new suite is a smaller and has a scaled-back kitchen area, it does boast a pool table and, like its elder sibling, a tub with a panoramic city view.

The rest of the rooms are a mix of suites and standard guest rooms that, though not called suites, sometimes offer bedrooms that are separate from living spaces.

The first spa in the Menomonee Valley, Ember Salon & Spa, which encompasses a barber shop and salon, too, is in the lobby.

"We are thrilled to showcase this new hotel tower and provide new amenities to our wonderful guests and the Milwaukee community," said Potawatomi Hotel & Casino CEO and General Manager Rodney Ferguson in a statement.

"It’s because of them along with our hard-working team members that we have become Wisconsin’s premier entertainment destination."

Public guests will begin arriving at the hotel next week, according to Saunders.

An official ribbon cutting celebration was held at the hotel on Thursday and we got a peek inside. Here’s what we saw: 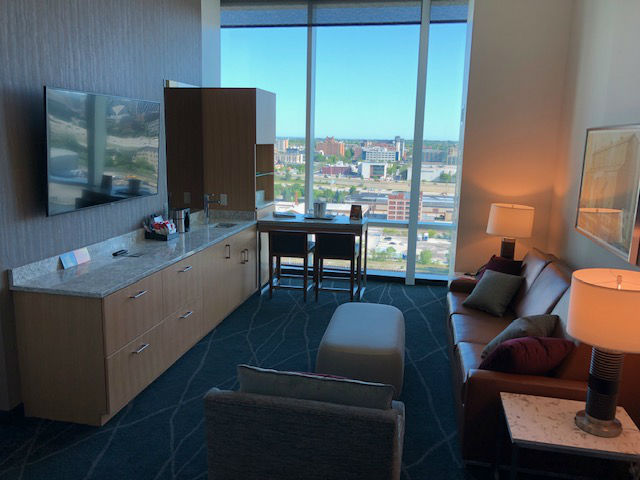 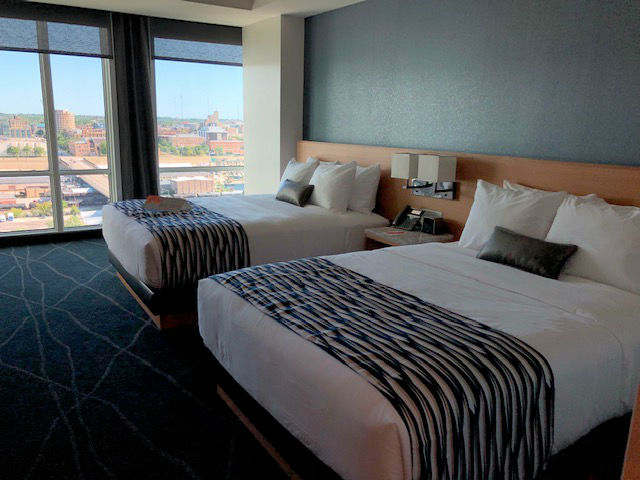 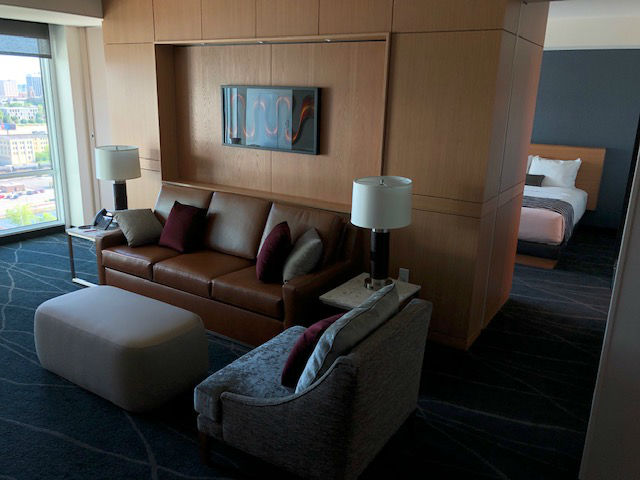 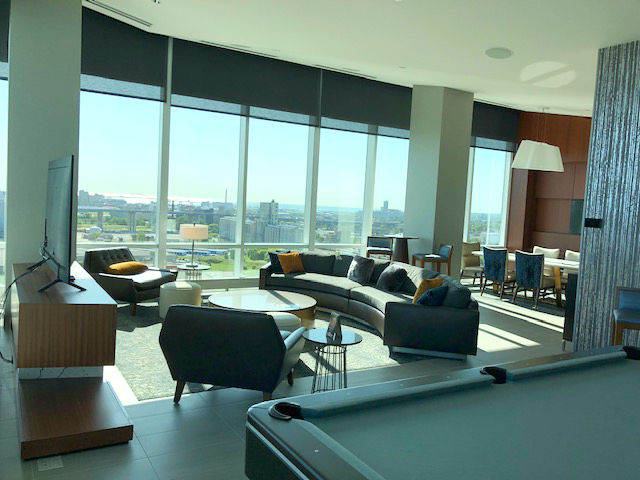 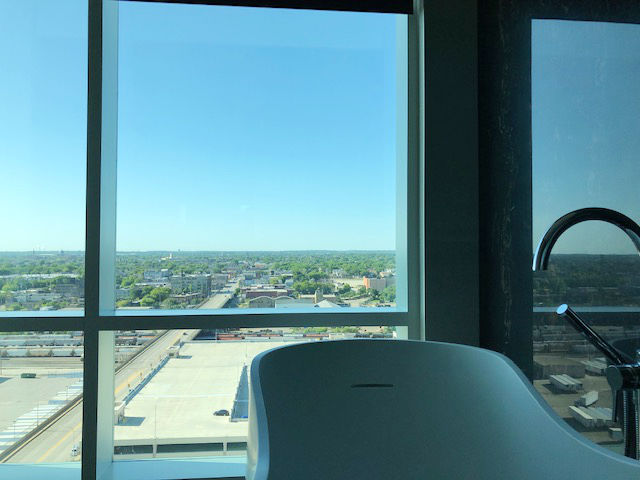 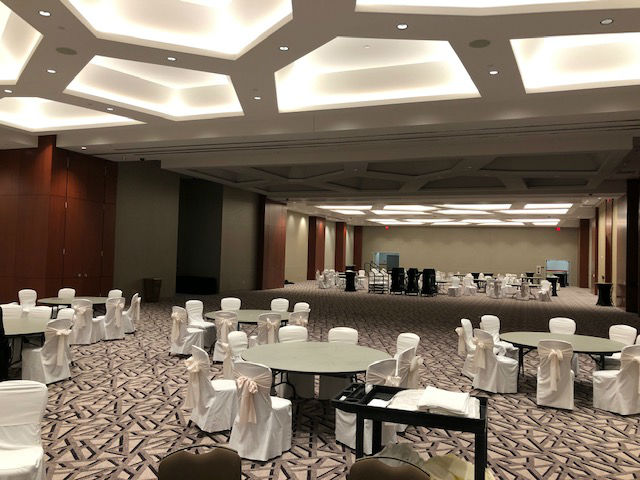 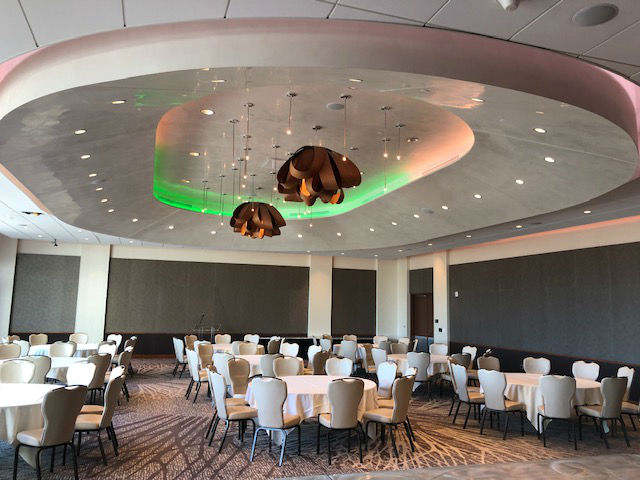 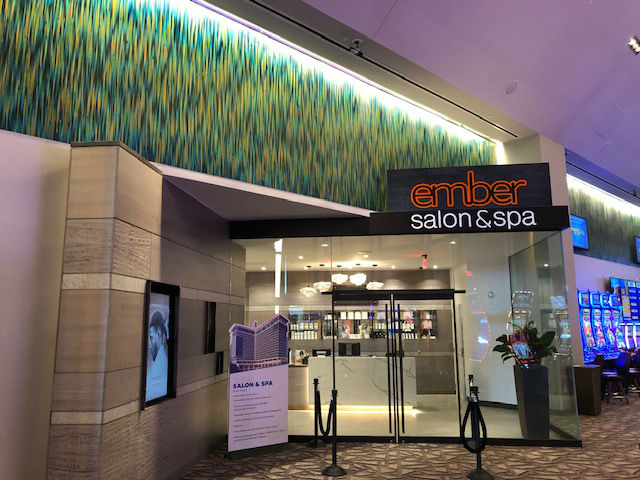 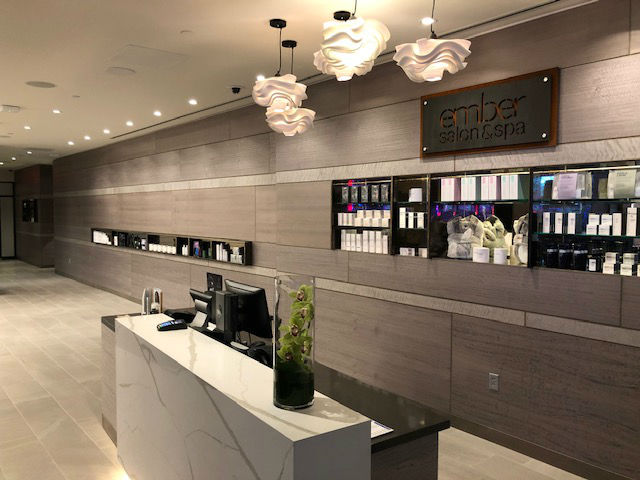 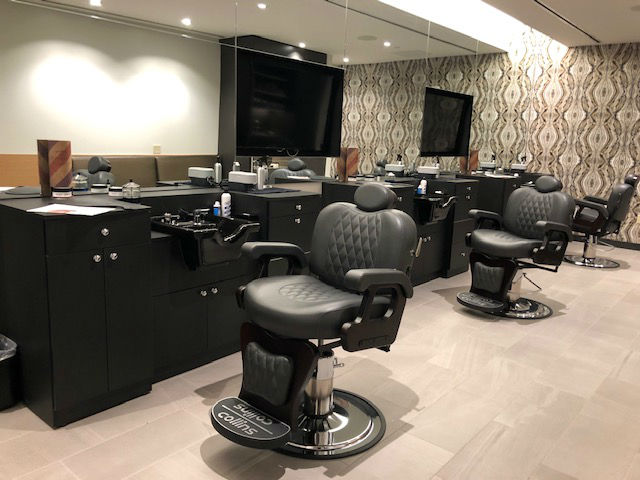 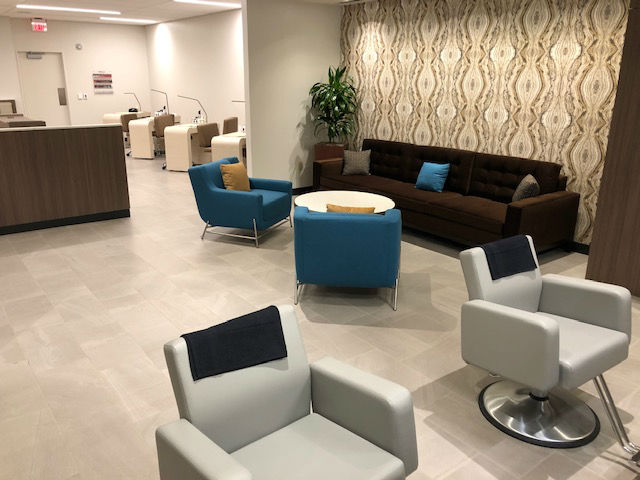