Soon you'll be able to visit Press Waffles at their brand new brick and mortar cafe in the Historic Third Ward. We got a peek at the progress on their new cafe.

But soon, you’ll be able to visit the business partners at their brand new brick and mortar cafe in the Historic Third Ward.

The cafe, which will be called Press au Marché (Press "at the market"), is slated to open in early September on the first floor of the Marshall Building at 207 E. Buffalo St. (it's the first door to your right when you enter the building). 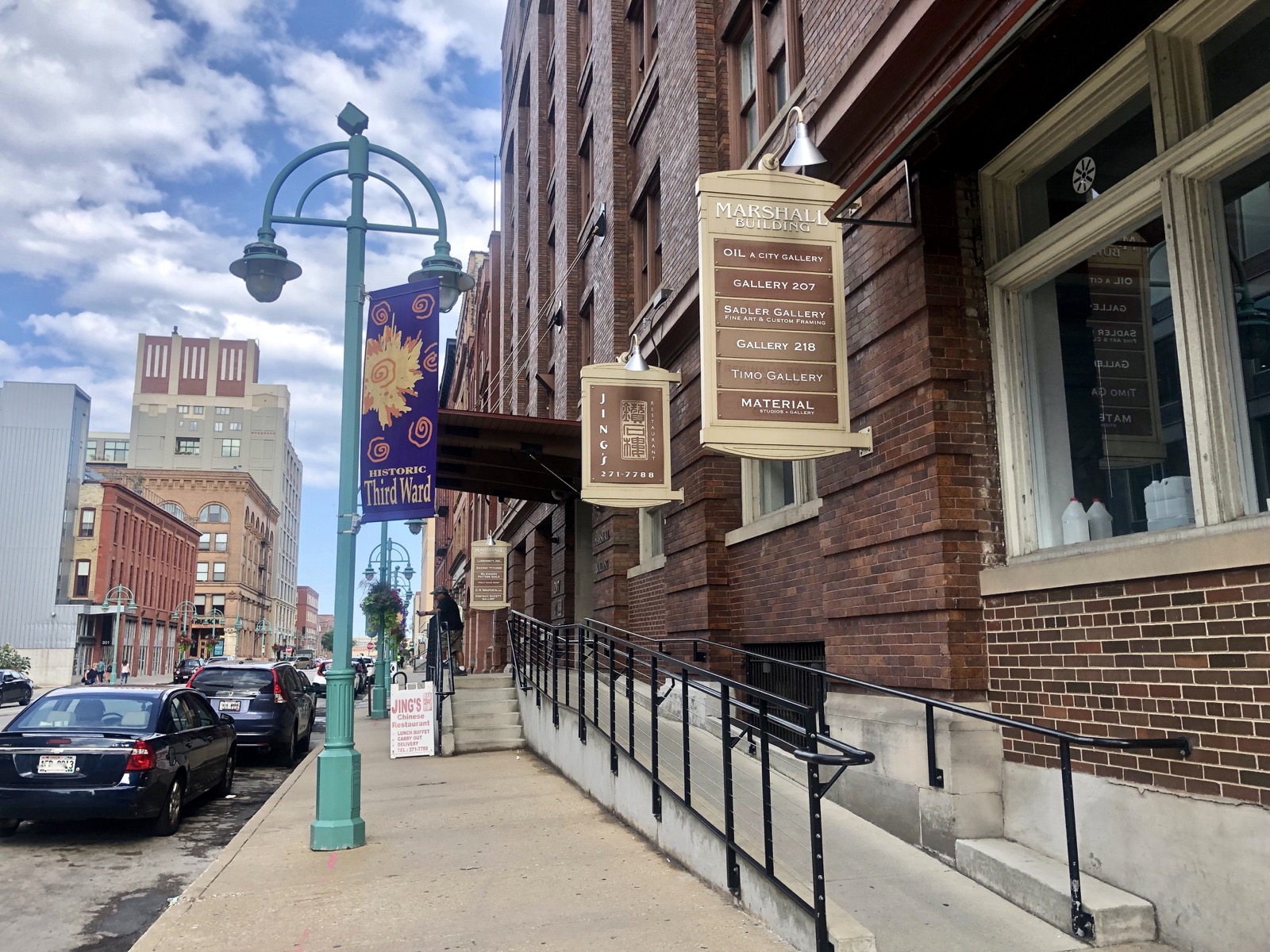 The petite counter-service restaurant – which was designed to emulate a European style market – will offer a menu of simple, fresh items from freshly pressed liège waffles (plain or with a choice of seasonal toppings) to housemade soups, salads and baguette sandwiches. Beverages will include Anodyne coffee service, including espresso pours and lattes.

Rosko says there will always be a number of core items on the menu, complemented by a rotating selection of seasonal items which are expected to change out monthly. Eventually, Thomas says, they’d like to offer a variety of additional picnic-worthy items including charcuterie and cheese plates, bottles of wine and fresh market-style salads. 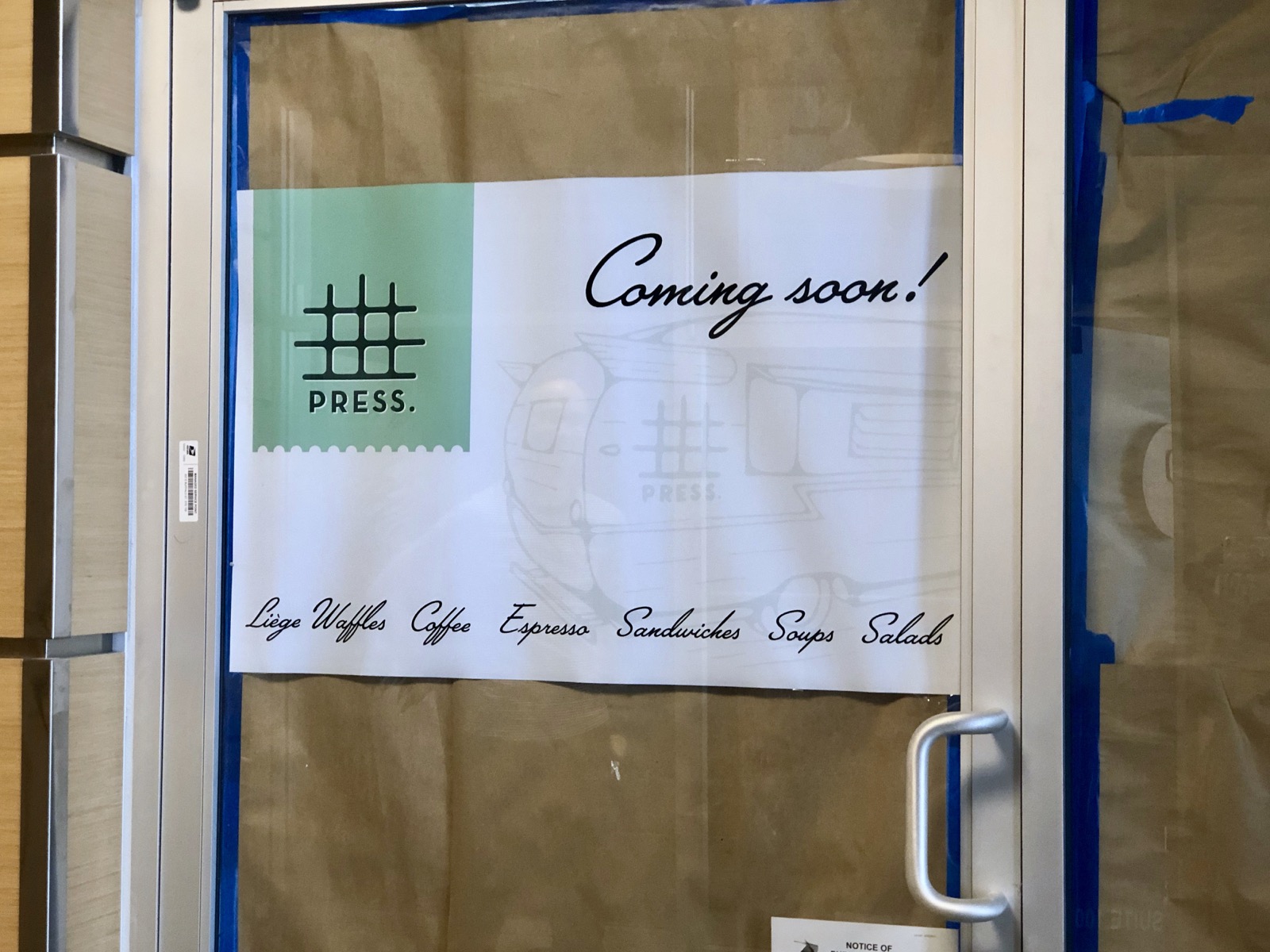 Sashay to the Marché

"In the last couple of years, as our business grew, we started looking at spaces where we could have our own kitchen," notes Rosko. "Our operation takes up a ton of space in comparison to some, so we had a pretty difficult time finding a location that fit our needs."

He admits the Historic Third Ward would never have crossed their minds had it not been for a fortuitous encounter with Treat Bake Shop owner, Sarah Marx Feldner, who was looking for a new tenant to occupy her commercial kitchen after selling her business to Madison-based Quince & Apple.

In addition to their third floor kitchen, Marx Feldner also shared that there was a small retail space available on the first floor of the building, the home of a long-time convenience store which closed when the owner decided to retire.

"The retail space downstairs really sold us on this location," says Thomas. "We’d started with a food truck, but always had the intention of opening a restaurant someday. This made it possible to do both."

The design for the space came about with the help of Thomas’ husband Ryan, an architect with Madisen Maher Architects, who drew out plans for the cafe. From there, Thomas employed her background in interior design to give the space a sense of personality. 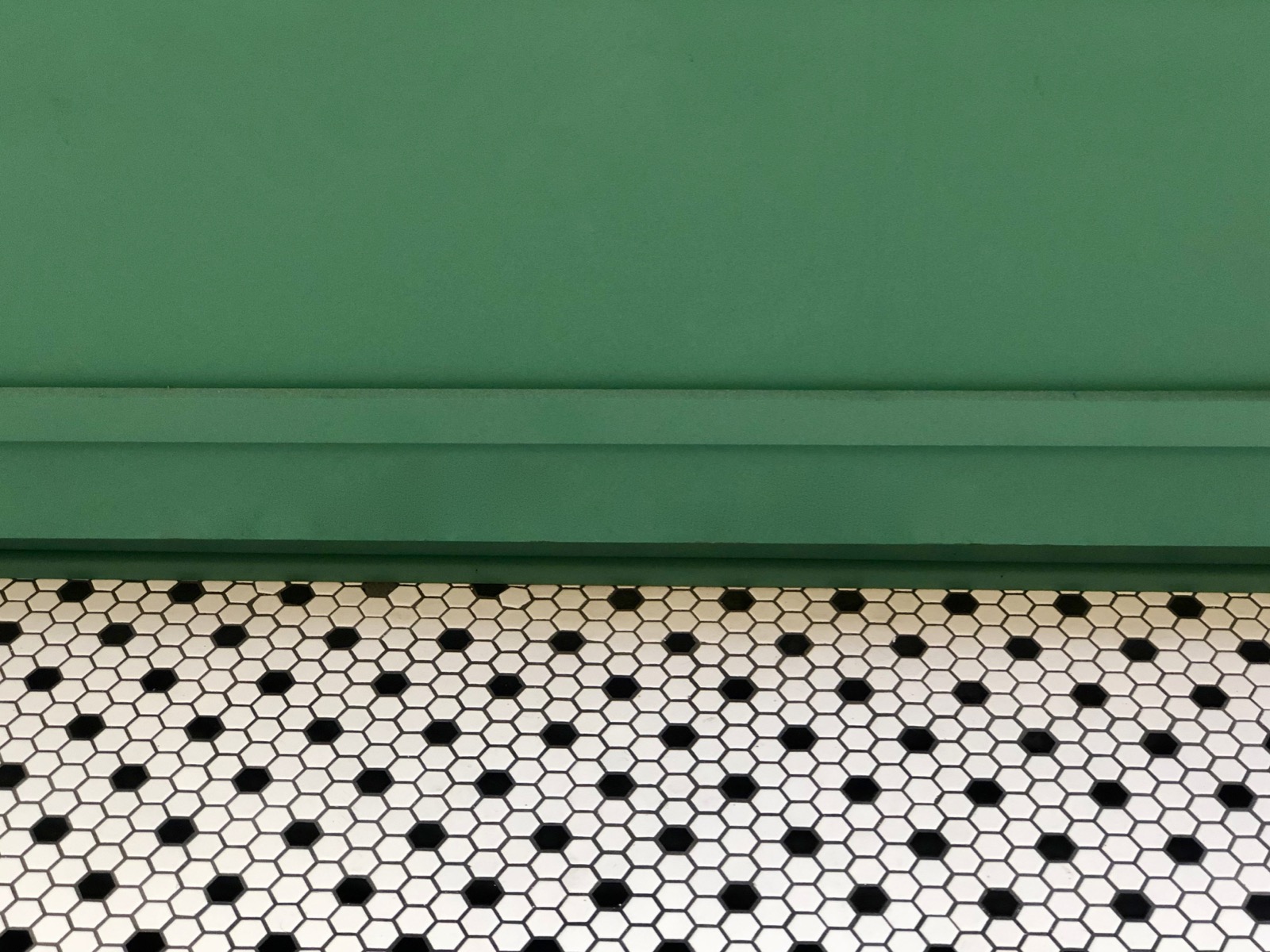 It’s clean and modern. But it’s also cozy and welcoming. Angular countertops are balanced by rounded glass grab-and go cases. Black and white tile is met with splashes of jadite green. And geometric patterns are balanced by feminine, floral elements like the wallcovering on the Eastern wall.

"We really tried to conjure the image of a European style cafe," adds Thomas. "It needed to be cozy and inviting, and we wanted it to really reflect the market aspect of the brand. So when we found this wallcovering… it was just perfect." 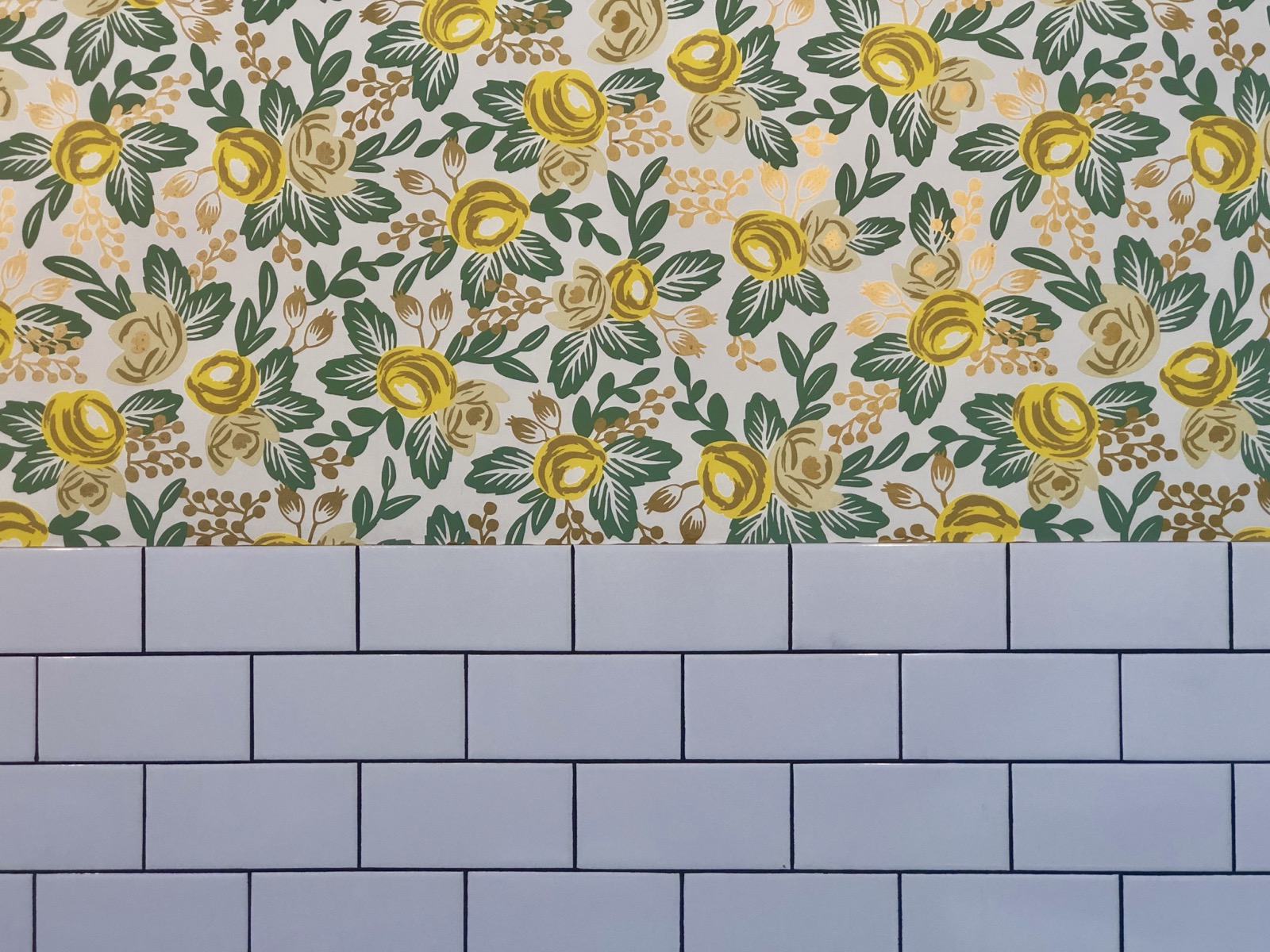 In addition to the service counter, Press au Marché will also feature seating for eight to ten guests inside the cafe, with additional seating available in the lobby. Rosko says the cafe will also feature shelving displaying a combination of Press merchandise and food-based products – including chocolates, snacks and condiments – from "friends we’ve made at the farmers markets."

"We started at farmers markets and now we’ll have our own little market of sorts," adds Thomas.

Press au Marché will offer breakfast and lunch service on weekdays, with weekend hours to be determined.

"We’ll still be operating the Press truck at farmers markets through the end of the season," says Thomas, "So, we’re still exploring our options."

In the meantime, Rosko and Thomas are also looking for at least one employee to assist with both cafe and kitchen-related operations. Interested parties can reach out directly to Thomas at emily@presswafflesaumarche.com.