Remodeling is in progress at Maison, the new French restaurant opening in the former Washington Heights neighborhood home of Meritage. According to owner and Chef Michael Quinn, work is on schedule for an opening in late January or early February.

Remodeling is in progress at Maison, the new French restaurant opening in the former home of Meritage in the Washington Heights neighborhood at 5921 W. Vliet St. According to owner and Chef Michael Quinn, work is on schedule for an opening in late January or early February.

Quinn, who has been putting in countless hours of sweat equity to bring his inaugural restaurant venture to life, says he’s getting excited to put the finishing touches on the space. Working at his side is Maison sous chef Joe Roethel, who worked with Quinn for the past two and a half years at Coquette Cafe.

"As cliche as it may sound," Roethel says, "It’s been exciting to see this place develop from the ground up. I’m really excited to take on a new endeavor and I’m looking forward to cooking some new food in a brand new location."

Floors have been stripped down to the original hardwood, which will be replaced in the coming weeks. The bar has also been stripped in preparation for staining as well as a new copper bar top which will match copper detailing planned for the front windows. 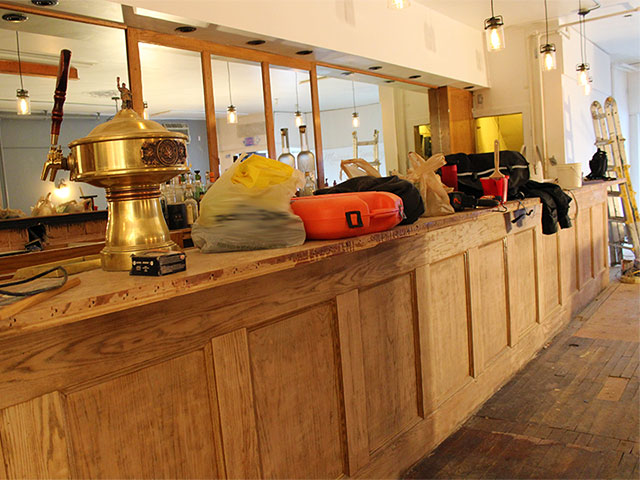 Quinn has employed the interior design skills of Andrea Haas, who has helped the crew settle in on a palate of rich greys for the walls, which are hung with contemporary sconces.

Meanwhile, chalkboard paint above the bar will allow staff to post hand-written specials.

Quinn says he’s keeping the menu for Maison under wraps for now, noting that he has "probably three or four iterations of it printed out" that he’ll be finalizing in the coming weeks. However, he says he’s most excited about the seafood specials he’s planning to roll out.

"We'll be carrying on the tradition of weekly mussels specials," he says, noting that it was one of the things neighborhood residents looked forward to at Meritage. 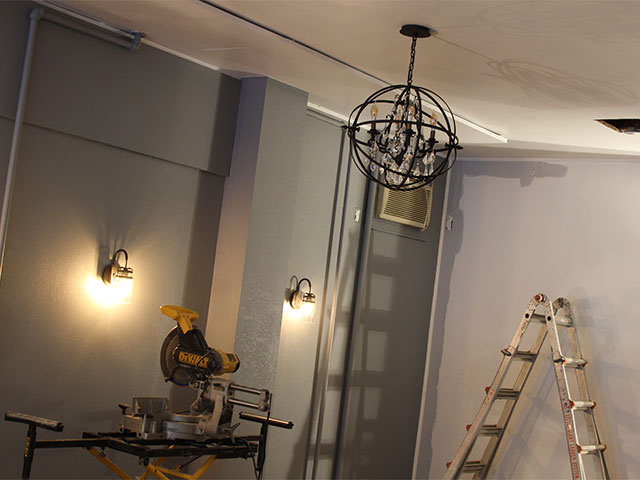 On the beverage side, Daniel Beres has been working with Quinn on a wine, beer and cocktail list, which will focus heavily on France. Cocktails will each contain a French spirit, including a sazerac which will be made with Pierre Ferrand 1840 Cognac and offered on draught for $10. House wines will be available in shareable 375-ml carafes for $15, with the option of purchasing an entire bottle for $25. Meanwhile, beer offerings will include both local and international beers, all priced $6 or less.

"The focus is on keeping everything both affordable and accessible to Maison’s regular guests, while being able to introduce them to something new," notes Beres.

Maison is currently hiring for a variety of positions, including hostess, servers, bartenders, dishwashers and line cooks. Interested parties should reach out to Quinn at michael.quinn1991@gmail.com