Odd Duck's sibling, Little Duck Kitchen, has been getting put to good use. The event space rolled out a special fish fry offering during Lent this year. And there are more special offerings where that came from, including something new that might just make the Monday grind feel a little less ... grindy.

Odd Duck’s sibling, Little Duck Kitchen, located at 2301 S. Howell Ave., has been getting put to good use.

The event space rolled out a special fish fry offering during Lent this year. In fact there’s just one more installment left on April 5, if you want to try your hand at making reservations.

But there are more special offerings where that came from, including something new that might just make the Monday grind feel a little less ... grindy.

Odd Duck owners Melissa Buchholz and Chef Ross Bachhuber will be rolling out a brand new series starting Monday, April 1. The series is playfully named "Quack Snacks" and will feature fun, casual snack and drink pairings offered on the first Monday of every month between 6 and 9 p.m. 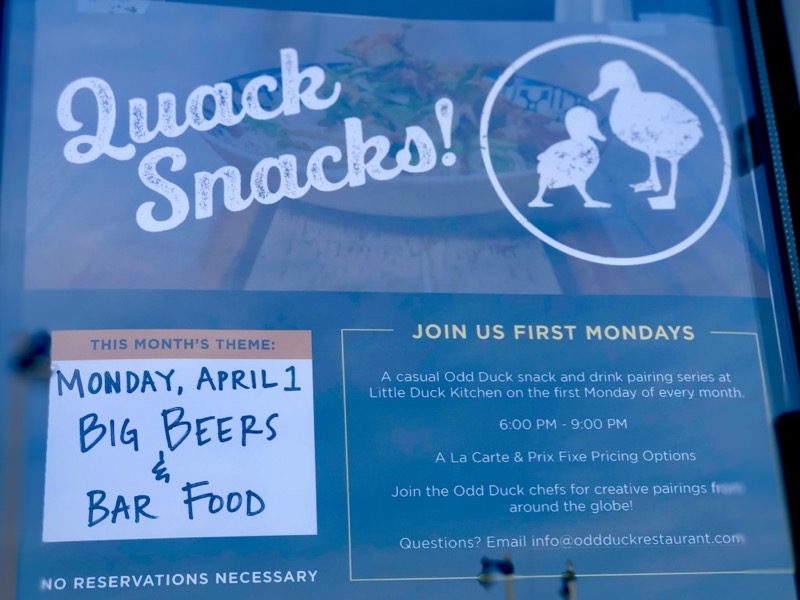 During Quack Snacks, guests have the option to stop in for a drink and a snack or make a light dinner out of the full complement of offerings.

The inaugural offering on April 1 will feature large-format beers by the glass along with a variety of delicious (and slightly fancy) bites. The menu is still being tweaked, but ideas that have been thrown around the kitchen have included snacky bits like mini foie gras poutine and chocolate covered handmade pretzels.

No reservations are needed. Just pop on by.

For more information, as well as news on the upcoming annual spring Forager's Dinner in May, follow Little Duck Kitchen & Catering on Facebook.

Lori Fredrich May 12 Dining
Do This

Call for Chefs: 6th Annual Battle of the Chefs to take place Sept. 25

Lori Fredrich May 06 Dining
Do This