Last week, Michels Corp. began demolishing the former Milwaukee Fire Department high-pressure pumping station in Bay View in preparation for a new development it had announced after buying the site in April 2017 for $3.6 million. Now, the details of that development on South 1st Street have been released.

Last week, Michels Corp. began demolishing the innovative former Milwaukee Fire Department high-pressure pumping station on the western edge of Bay View in preparation for a new development it had announced after buying the site in April 2017 for $3.6 million.

Now, the details of that development, on South 1st Street at the Kinnickinnic River – across from the Lincoln Warehouse in what is now part of the new Harbor District – have been released. 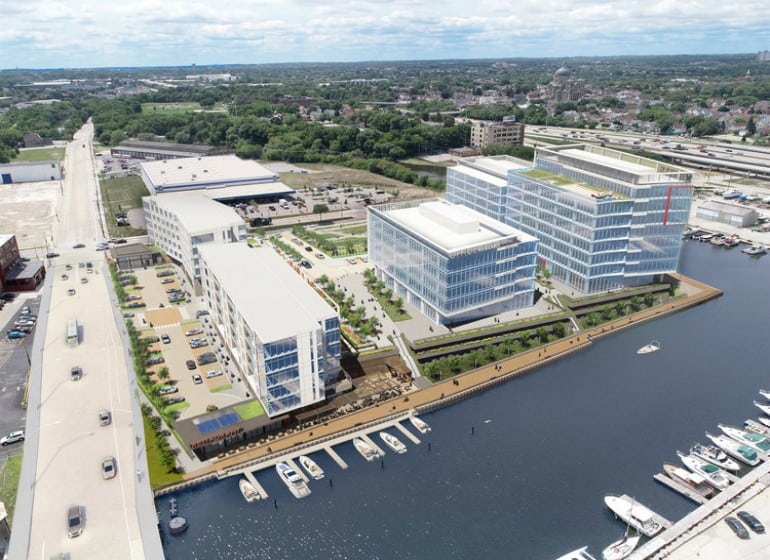 The five-building project – designed by Rinka Chung Architecture – will also include more than 1,000 feet of Riverwalk, bike paths and multiple boat slips, according to the R1ver web site. 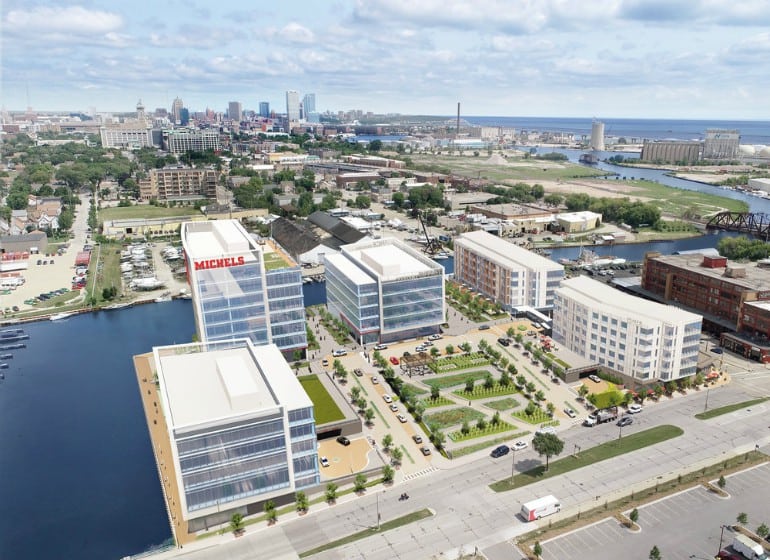 It will also include more than 1,000 underground parking spots, covered bike parking and an on-site cafe with indoor and outdoor seating.

The Brownsville, Wisconsin-based Michels plans to occupy office space at the new development and expects to have up to 250 employees there.

"It’s great that Michels Corporation continues to grow, and it’s great that Milwaukee is a big part of the company’s plans," BizTimes Milwaukee quoted Milwaukee Mayor Tom Barrett as saying. "What the Michels Family proposes on the banks of the Kinnickinnic River adds economic activity, public access to the water, and a transformative new investment in the Harbor District." 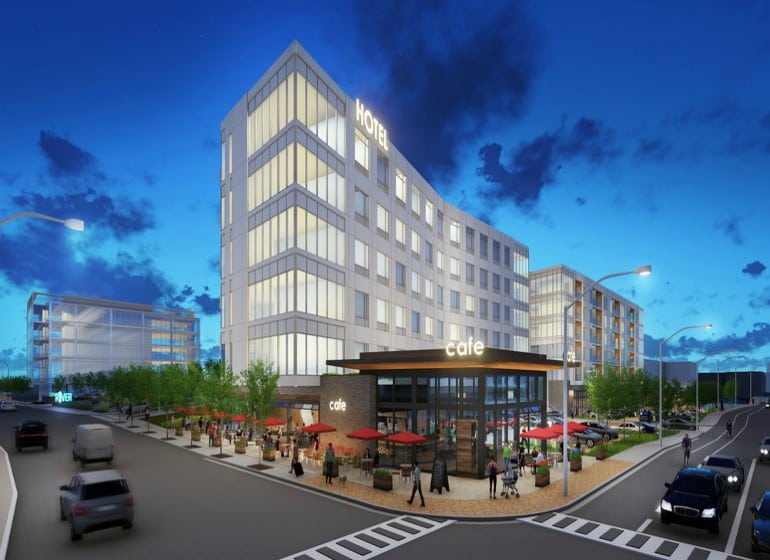 Though Michels had been mum, at least publicly, about razing the former pumping station, which is on the National Register of Historic Places but was not protected by local designation, the company applied for a demolition permit in April. The building does not appear in R1ver renderings.

"The company first approached me years ago and said they were looking at this site among other sites. They wanted to know if I would support this project here. I said, ’YES!‘ They then said they will continue to consider this site but we must commit to remain quiet while they exercised their due diligence etc. Ultimately, when the process progressed they said they will need to demolish the pumping station and if we objected they would not move forward with the project."