We reprise this article, which ran in September 2014, in conjunction with the Remarkable Milwaukee award that will be presented on Thursday, March 12 to Patti Keating-Kahn for her work restoring the Railway Exchange Building.

We reprise this article, which ran in September 2014, in conjunction with the Remarkable Milwaukee award, which will be presented on Thursday, March 12 to Patti Keating-Kahn for her work restoring the Railway Exchange Building. Details on the award and ceremony can be found here.

Back in the 1970s, Usinger’s used to sell a poster with a cartoon aerial view of Milwaukee. Across the bottom was the Milwaukee Convention and Visitors Bureau’s trademarked phrase, "Old World Charm, New World Vigor."

I don’t remember if the Railway Exchange building, 229 E. Wisconsin Ave., was depicted on the poster, but it should’ve been.

Designed by the daddy of the skyscraper William LeBaron Jenney, the red terra cotta-clad building has long been a fixture in Downtown Milwaukee, serving as a link to turn of the 20th century Brew City. The building is Jenney’s only Milwaukee work.

These days, under the guidance of owner Patti Keating Kahn, the building’s old world charm is being carefully renovated and restored. At the same time, it’s offices are being occupied by more and more young, up and coming -- vigorous, you might call them -- businesses.

A long vacant street-level space is being transformed into the city’s second Pita Pit location and upstairs, alongside veteran architects like Russell Zimmermann, Russell LaFrombois III and Gastrau Fuerer are the offices of Milwaukee Film and marketing, advertising and branding firms like ExactDrive, Manifesto and RokkinCat.

While she’s been working to attract young, exciting tenants, Keating Kahn has been attentively and carefully renovating and restoring the building.

The marble lobby is stunning and the upper floors still have many details, not least of which is an iron staircase that’s perhaps the most beautiful in town. 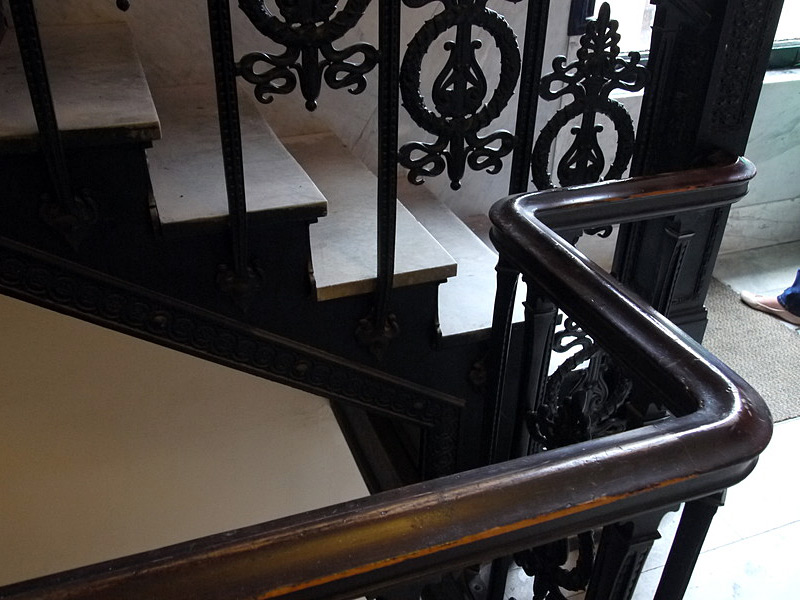 While working on the space for Pita Pit, a number of exciting details were exposed and those are being repaired where extant and recreated where disappeared. A terra cotta firm is on site working to repair and replace the building’s red terra cotta cladding.

The building, which has a steel frame and cream city brick beneath that terra cotta, was built at the turn of the 20th century, by businessman Henry Herman, who had planned to erect a second phase, which would’ve given this early skyscraper -- originally dubbed The Herman Building -- the double tower and an open atrium like the nearby Colby-Abbott Building, which Keating Kahn also owns.

That’s why even today, the west side of the building looks so plain; it wasn’t expected to be visible for long. 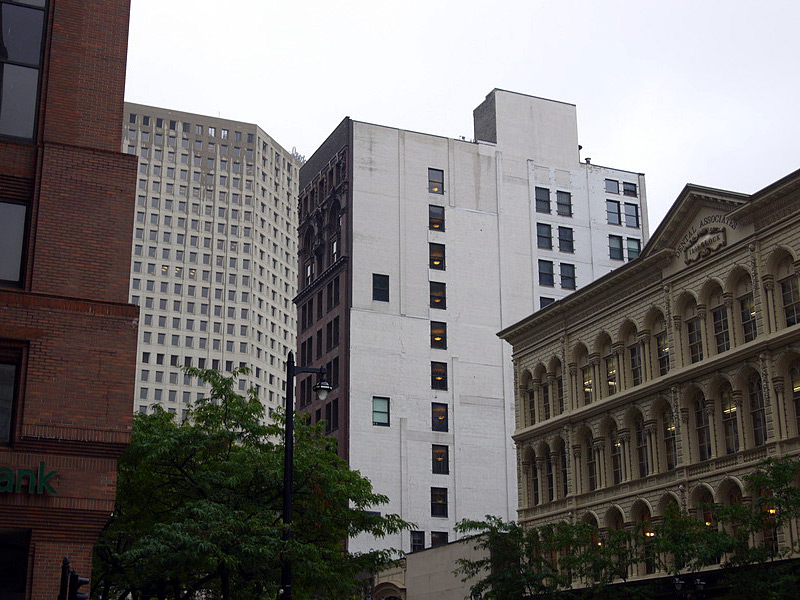 But that didn’t work out and not only did Herman never realize the full project, he was out of the picture within a few years and by 1906 the building was renamed the Railway Exchange.

"This building has steel frame flooring and concrete flooring, but the entire outside perimeter of the building is also a steel frame. It bends in the wind, it never cracks and its footprint is very small," says Keating Kahn, who speaks as lovingly about the building as one might speak about one’s child.

"It doesn’t need to be massive like masonry foundations need to be. William Le Baron Jenney found mushy soil now like we have in Downtown Milwaukee, and so he overkill built these massive footings and foundations."

Despite its slim aspect, the Railway Exchange does indeed feel solid and weighty. It looks a bit like a building atop a building. Above the street-level facade, the building is fairly spare in design, until you reach the decorative cornice that separates the ninth and 10th floors.

There are window bays on the 10th floor and arched windows just above on 11. A flurry of decoration adorns the facade at the top three floors. 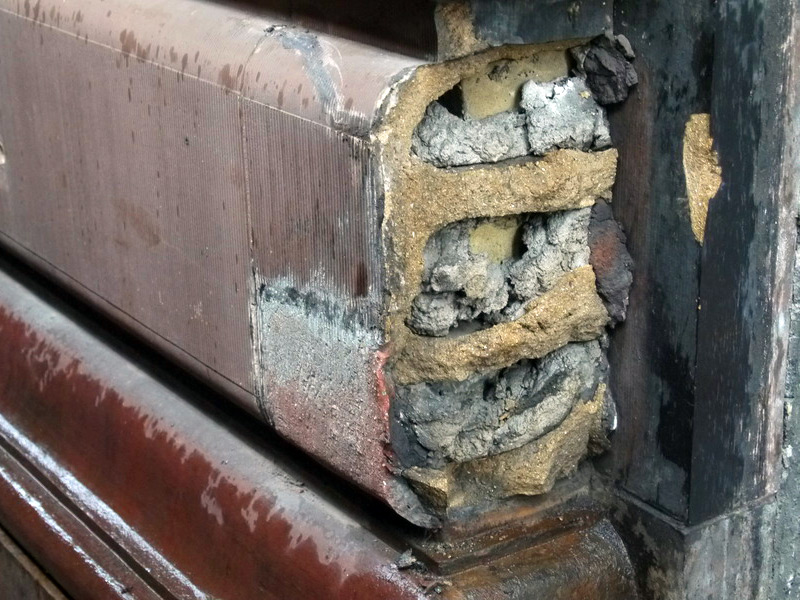 When work began on the retail space, a number of details were uncovered. One window bay had original decorative iron work in the frame and in a panel between the window and the sidewalk. Those are being restored and copied so that they can be put back around all the windows.

Inside, original hardwood details were uncovered when drywall came down. That, too, will now stay.

"When we bought the building, it was owned by the Legal Aid Society," says Keating Kahn. "They’re a non-profit so, they never had resources to bring any money into the building. Not only that, they were tenants on three floors. They couldn’t really afford to be tenants on three floors. There were other non-profits to whom they had, out of the goodness of their hearts, given out spaces at very low rates.

"We had a plan to convert it into this creative urban environment in this great location. We didn’t have to evict anyone, but eventually they all left and we were left with an empty building practically. It was not good for us because the recession hit us at that time. So it was a surprise for me. I didn’t anticipate that in my long range planning.

"Now we’re on this upswing, so it’s really fun."

Keating Kahn says occupancy is at about 70 percent at the moment and growing.

"So we’re getting there and we are really doing well," she says. "I went to Custer High School. I grew up on 35th and Hampton. I’m one of those examples of people who stayed in Milwaukee, invested in Milwaukee, and I love the whole inter-generational thing that’s going on right now. I love the energy that’s happening. It’s my hometown and it’s transforming itself."

At the same time, Keating Kahn is transforming the Railway Exchange. All the bathrooms have been remodeled. The elevators have been upgraded and the cabs completely renovated, though their original appearance has been preserved.

There’s marblework in all the corridors and transoms survive in many places. There’s a brass mail chute and other period elements that attest to the building’s age.

The Railway Exchange is in the midst of a five-year plan, says Keating Kahn. First up, is the storefront and at the same time work on the terra cotta is beginning.