More than 20 North American cities have implemented rainbow crosswalks to commemorate their local LGBTQ communities and now Milwaukee is one of them!

More than 20 North American cities have implemented rainbow crosswalks to commemorate their local LGBTQ communities and now Milwaukee is one of them. This morning around 9:30 a.m., skilled workers "spray painted" two rainbow crosswalks at the intersection of Jefferson and Wells Streets. 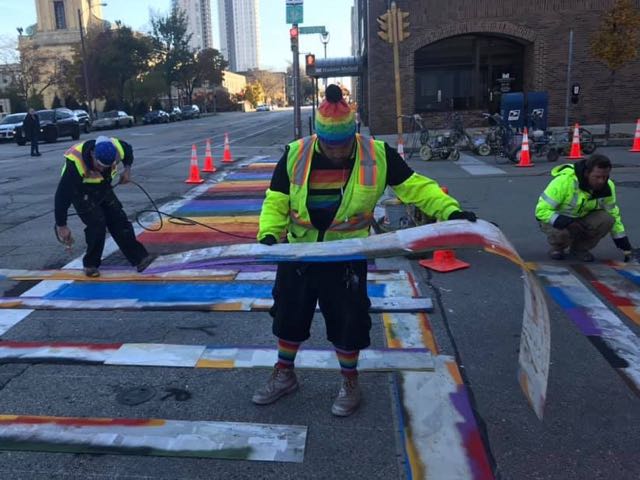 One of the crosswalks features colorful "piano keys" and the second one features rainbow stripes. 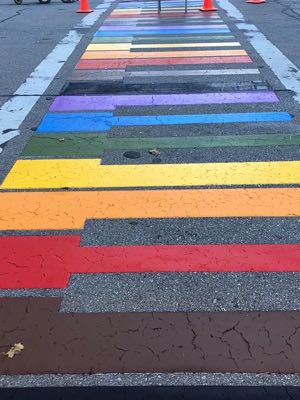 "This crosswalk will highlight not just the hard-worn path to a longtime favorite tavern, but the long and proud journey of all LGBTQ Milwaukeeans from persecution to tolerance to acceptance to equality," says Michail Takach, vice president of Milwaukee Pride.

"This crosswalk, as the first Milwaukee monument to LGBTQ people, will be not just a symbol of historic local pride, but of our community’s historic local triumph."

The project was made possible by Milwaukee Pride and the East Town Association, with the support of 13 LGBTQ organizations. The groups began negotiations with the city in August 2018 which resulted in the Department of Public Works establishing new design guidelines and a formal application process for future requests. 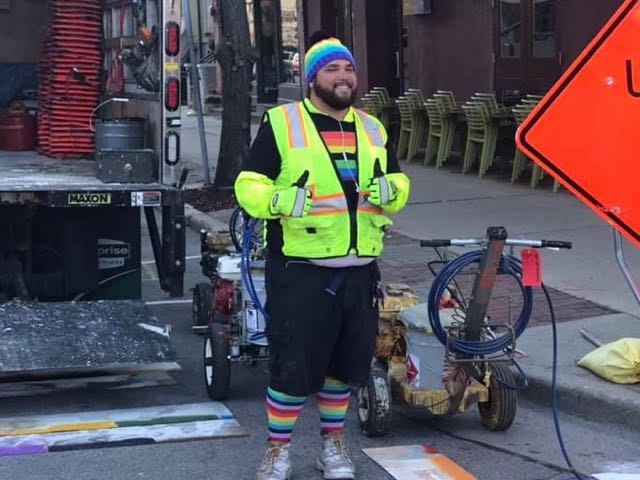 Check out the installation process here:

Reclaiming the "B" in LGBTQ