Christopher Wing grew up in Milwaukee and so, naturally, he developed a penchant for beer.

"I remember going every year in grade school to Miller for the tour, and loving the smell of yeast," says Wing.

As he got older, Wing – who graduated from Riverside University High School and Webster University in St. Louis – became a fan of local craft beers.

"I remember when I had my first Riverwest Stein. Lakefront (Brewery) had a big impact on me, especially their cherry and pumpkin beers which were some of the first fruit beers I had.

Recently, Wing, who has lived in South Korea for 10 years, opened a Midwest-inspired craft brewery in Changwon named Rami Brewing. He owns the brewery with business partners James (Ilhae) Woo and Jae-man Lee.

"When my partner asked me if the name was OK, I asked him what it meant. He told me that it was named after his first love, and I was a little hesitant. I thought it might be an issue with his future girlfriends or wife. ‘No problem,’ he assured me. ‘That was the name of my first dog,’" says Wing.

Wing serves as the head brewer for Rami. He started home brewing in Korea about six years ago.

"The import tax on beer here is 100 percent. So I decided to start making my own," says Wing.

The facility is a 500-liter system with 10 fermentation tanks and two bright tanks for clarifying and carbonating beer. "Not huge, but a good start," says Wing.

"Lakefront’s Fuel Cafe Coffee Stout is what I based our pepper stout’s flavor on," says Wing. 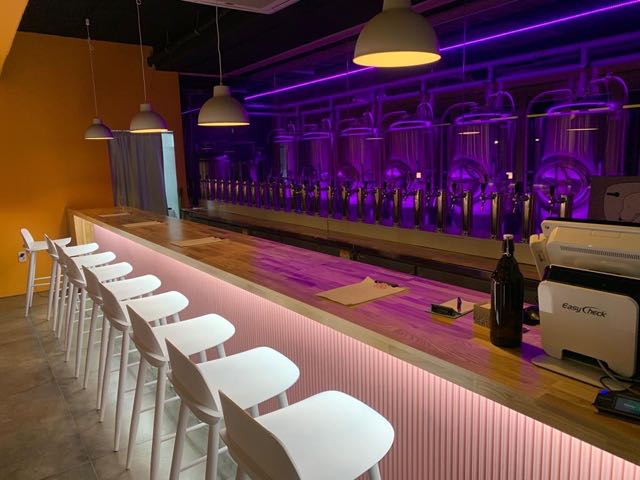 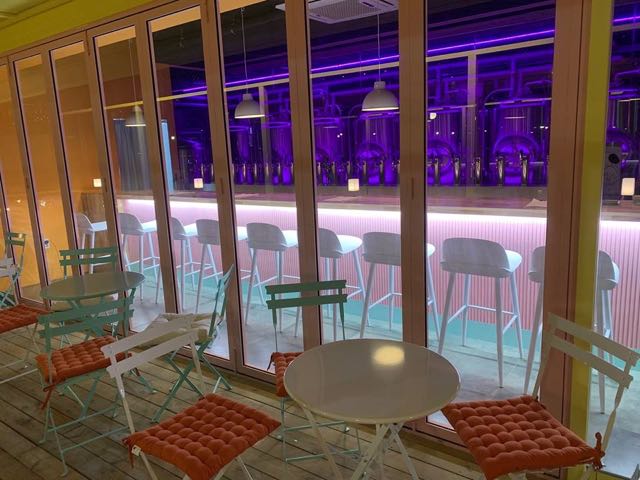 Rami will also offer Blueberry Lemonade Hazy IPA made with Korean blueberries and Citra hops and a Kiwi Gose with sea salt.

"Our brewery is located in an area that’s famous for kiwis, and I hope to extract sea salt from our inlet," says Wing. "We’re always experimenting and plan to use as much fresh Korean produce as possible."

Craft breweries are gaining in popularity in other South Korean cities like Seoul, Daegu, and Busan, but Rami Brewery is only the second craft brewery in Changwon, the capital city of Gyeongsangnam-do with a population around 1 million.

Because Korean import taxes for beer and beer-making products are 100 percent, it is much more expensive to make beer in Korea than in the U.S.

"Also, Korean beer makers are taxed not on what they sell, but on what they produce. If we make 500 liters of beer but don’t sell it all, we still are taxed on the full 500 liters," says Wing. "Also, many of the ingredients that U.S. brewers use simply aren’t available here, certain kinds of hops, especially."

Wing moved to Korea in 2009 after working in the United States as a senior designer, art director, and creative director at numerous ad agencies for almost 20 years.

"I wanted to do something I believed in and teaching seemed to be a good place to start. At the time, it was fairly easy to get a job in Korea as an English teacher," says Wing.

"My original intention was to stay in Korea for a year or two, and then move on to another country and teach there. However, after four months here, I met my wife, and we decided to stay in Korea. We’ve thought about moving to a third country, but so far, we’re quite happy here."