Since we’re talking Record Store Day this week, I thought I’d rave about two new, high-end Beatles-related gems that emerged recently, perfect for digging up this Saturday. They'll keep you more than a little occupied while you wait for the 50th anniversary reissue of "Sgt. Pepper's Lonely Hearts Club Band," due out May 26.

In honor of the late George Harrison’s birthday in February, an extended edition of his book, "I Me Mine," was published in an absolutely stunning package. 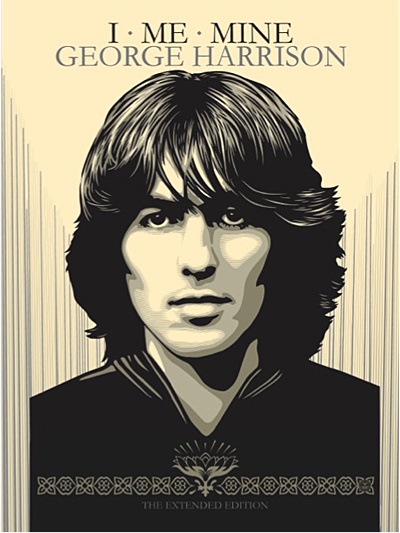 First produced by Genesis Publications in 1980, "I Me Mine" was packed full of photos, reminiscences and hand-written song lyric sheets, reminding us that for all his serious spiritual side, George never stopped being the fun-loving Liverpool kid with a razor wit.

It makes the perfect accompaniment to the sprawling box set that arrived at the same time, collecting all of Harrison’s 13 solo outings on vinyl. "George Harrison - The Vinyl Collection" also adds 12" picture discs of "When We Was Fab" and "Got My Mind Set On You."

All the discs are exact replicas of the original releases on 180-gram vinyl and stored in a two-piece slipcase box. The discs (except the picture discs) will also be available separately.

Meanwhile, Paul McCartney’s acclaimed 1989 "Flowers in the Dirt," written in collaboration with Elvis Costello, gets the massive reissue treatment this year. The 10th release in McCartney’s Archive Collection is a whopper.

There are three CDs – the original record and two discs of demos – as well as a DVD full of videos, plus codes to download 13 b-sides, remixes and edits and a trio of demos. (Those demos will also be available on a limited edition cassette for Record Store Day this week.)

But this set weighs a whole lot more than four discs. Why? Because there are four books in the slipcased, too.

One is an exhibition catalog from Linda McCartney’s 1989 "Flowers in the Dirt" exhibition at The Mayor Gallery in London (the album artwork was drawn from this work); another is a replica of McCartney’s lyrics notebook from the sessions with some copies of handwritten notes and lyrics slipped into an envelope at the back; a third is a 64-page, two-books-in-one photo book with images from the Tim Pope and Dean Chamberlain videos for "This One"; and finally, there’s a 112-page, heavily illustrated look at the making of "Flowers in the Dirt," with interviews with McCartney and Costello and others involved in the record,

If that’s too much Macca for you, but you still love "Flowers in the Dirt," with its ace songwriting (some fruits of the McCartney-Costello collaborations also appeared on Elvis' "Spike" LP that same year) and a McCartney return to form, consider the double-LP vinyl version or the two-CD special edition with the original record and a disc of demos.

And here's a little taste of what's to come next month...

Baroques' classic Milwaukee psychedelia gets another spin on vinyl