There's more to love at the updated Mason Street Grill

After a brief closure to complete an interior refresh, Mason Street Grill is prepped and ready to reopen to the public. We stopped by to snap a few pictures, and here are some of the things to which you can look forward on your next visit.

After a brief closure to complete an interior refresh for its 10th anniversary, Mason Street Grill is prepped and ready to reopen to the public today, beginning at 11 a.m.

We stopped by to snap a few pictures of the refreshed space, and here are some of the things to which you can look forward on your next visit. 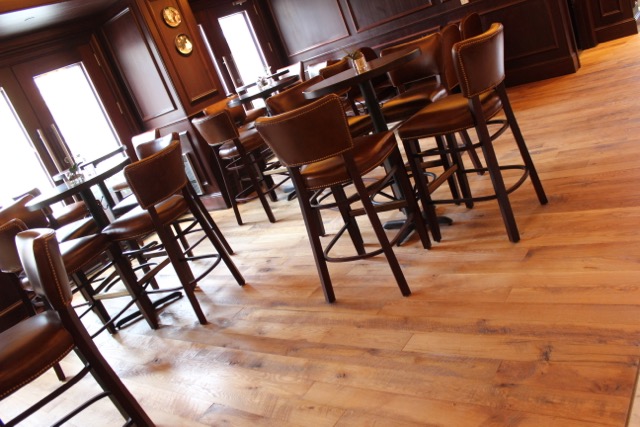 If you love the bar at MSG, as I do, you’ll be delighted to know that its cozy atmosphere hasn’t changed. However, it's been enhanced by beautiful new hardwood flooring, a new fireplace and the marble bar top has been refurbished (and looks spectacular). The stools are also new (and more comfortable). And there are new hightop tables, which were made by an Amish artisan right here in Wisconsin. 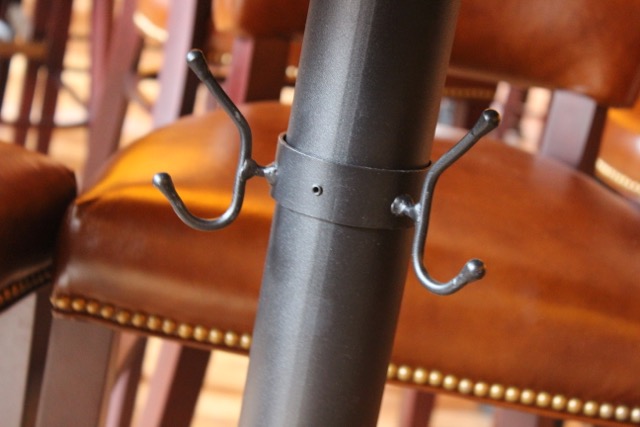 The new tables are cool, but the purse hooks underneath are also a boon if you’re a purse-carrying human. 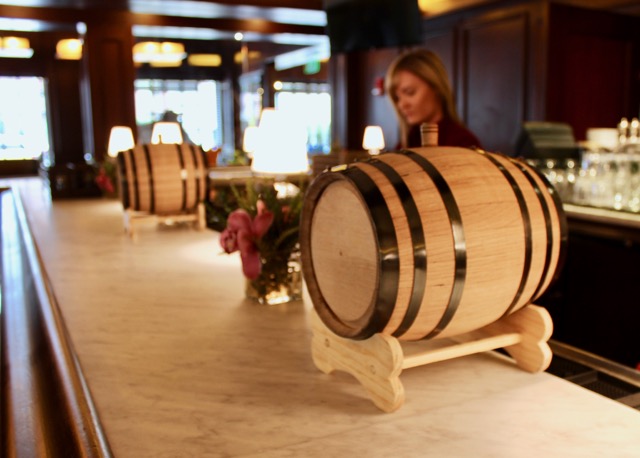 Guests will have the opportunity to sample a few new drinks at the bar, including barrel-aged Old Fashioneds, with more barrel-aged cocktails likely to follow in the months ahead. There’s also a drink called the "Mason Jar," made with spiced rum, port wine and citrus juices along with the "Brooklyn," a riff on the Manhattan made with Bulleit rye and cherry liqueur. 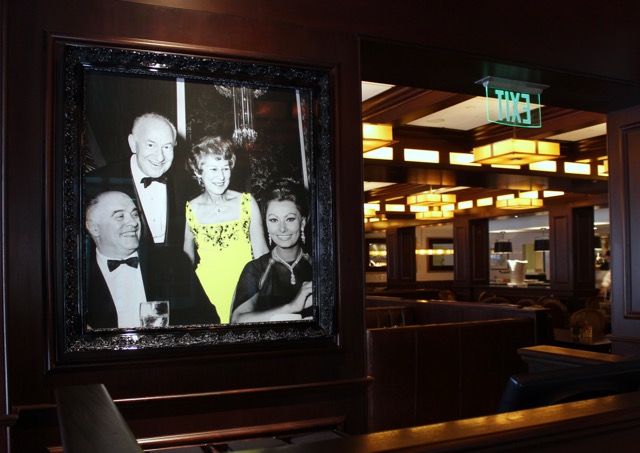 A new collection of curated art enhances both the bar and dining area. But a particularly special touch is the welcoming family photograph of Ben Marcus with his wife Ceil and Sophia Loren (along with an unidentified suitor), which is located behind the host station at the entrance to the dining room. 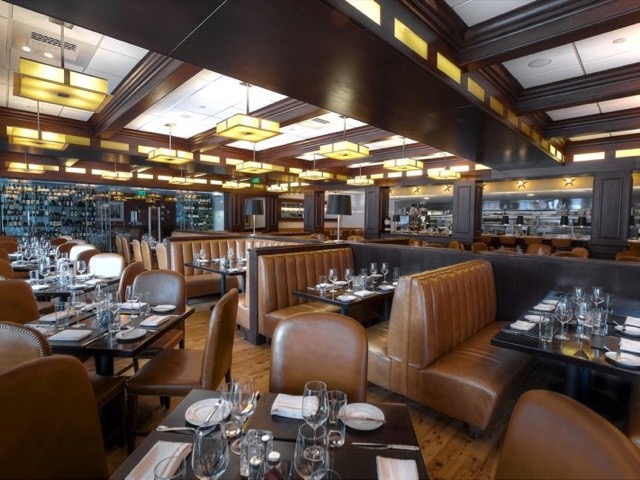 When you enter the dining room, you’ll notice that saddle-colored leather seating (see above) has been swapped out for a deeper, richer brown leather that stands out nicely against the new hardwood floors. 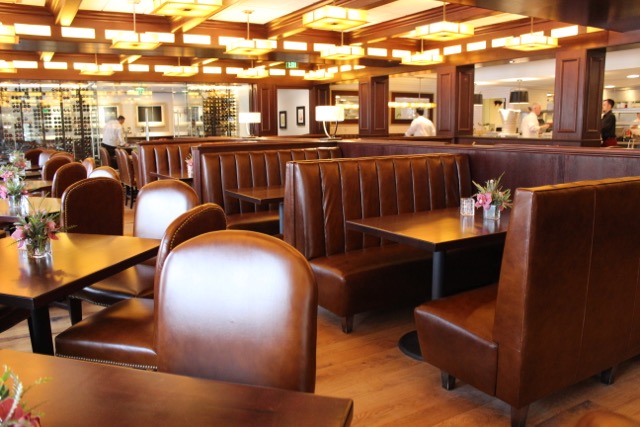 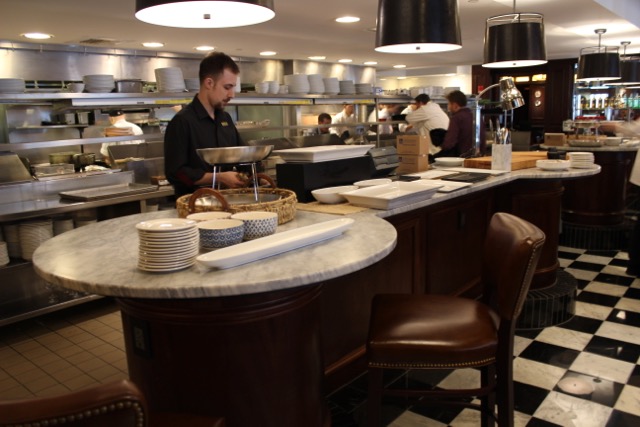 Maybe the most interesting change is the newly re-envisioned chefs’ counters just west of the dining room. The counter has been divided into two, with a pass-through in the center. The change results in a more intimate dining experience, plus double the number of coveted counter-end seats.

To go along with the cosmetic change, Mason Street Grill is rolling out a new interactive chefs’ menu, which will feature four to six frequently changing, themed menu items that are available only for chefs’ counter guests. Director of Culinary Operations for Marcus Hotels & Resorts Mark Weber – who was formerly executive chef at Mason Street Grill – notes the menus will feature slightly more "out-of-the-box" dishes, items that showcase the skill of the chefs and offer guests a unique experience. Reservations are highly recommended for the chefs' counters.

Mason Street Grill will also be featuring a special anniversary menu, which contains a variety of throwback favorites that have been on the menu over the course of the past 10 years. 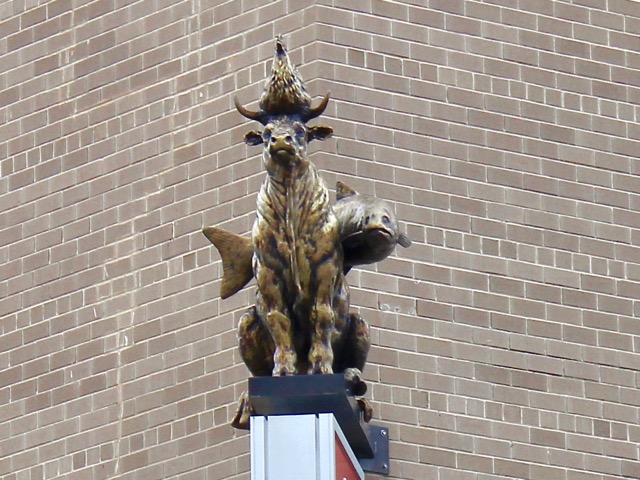 Who says the Marcus Hotels don't have a sense of humor?

Maybe you’ve noticed the small statue that sits atop the Mason Street Grill sign on the corner of Mason and Jefferson Streets. It’s a depiction of a seated cow with a chicken on its head and a fish strewn about its shoulders. Well, it now has a name. And it’s called the "Kawoomph."

Kawoomph is a term coined by Weber, who says it’s the sound that brandy makes when it’s ignited (and he’s not wrong there). It’s also been used internally for years as a fun way to describe that sculpture, for lack of a better term. But, the Kawoomph has officially gone public. And you can watch for it, along with images of cows, chickens and fish on the menu, coasters and even in the front windows of the restaurant. 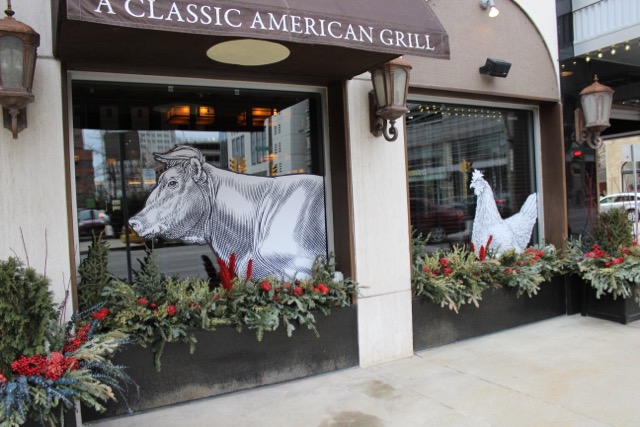 ICYMI: A live look at the space

Get more detail on the space and menu changes in our Facebook Live.