Artistic Associate Mallory Metoxen sounds wistful as she describes Renaissance Theaterworks’ fifth annual Br!nk New Play Festival. A passion project that she has overseen from its inception, Br!nk has grown substantially each year as it supports and develops new plays by Midwestern women playwrights.

"We started out small, doing the most with the resources we had, working on a shorter festival," Metoxen explained, recalling the first Br!nk in 2013, which comprised weeklong workshops and readings in the Broadway Theatre Center for two playwrights.

"Now we have the opportunity to partner with greater Milwaukee area — bringing performances of readings to more venues and providing more feedback for playwrights," she continued. "We added playwriting classes for the community, then created Br!nk Br!efs, a festival of short plays by Midwestern women. It was another opportunity to showcase new works and for us to work with new people."

And her assessment of the program at the five year mark?

"It’s become this amazing way for people in Milwaukee to get into new plays," she smiled. "And for playwrights, we’ve really focused on giving them space to know their play better. It’s all about exploring the script. Our goal is that each writer walks away with something better than she walked in with." 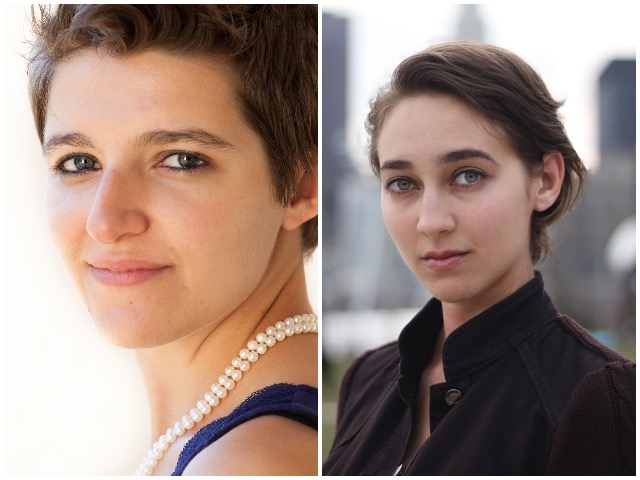 Idaszak, who is currently a member of the prestigious Goodman Playwrights Unit, is using the Br!nk Workshop to refine her play "The Surest Poison." A commission she received from the EST/Sloan Foundation, the play explores the work of a forensic toxicologist and an intrepid flapper/news reporter investigating a series of deaths in Prohibition-era New York.

Nelson, who works down the street from Renaissance Theaterworks as a Community Engagement Associate at Milwaukee Repertory Theater, is the author of "Nubian Stories." Her first full-length script, Nelson's one-person show is partly based on her mother’s experiences in Egypt, when she was forced to relocate to allow for the construction of the Aswan High Dam. The play also weaves ancient Nubian folktales into the narrative.

I spoke to both of these playwrights about their experiences with the Br!nk workshop process and how it has enhanced their writing projects.

OnMilwaukee: Did the play you're working on with Br!nk have any other workshops or readings previously? What did you want to accomplish through this program, creatively?

Kristin Idaszak: I've had a chance to work on "The Surest Poison" at a residency at SPACE on Ryder Farm, through EST's First Light Festival and at Shattered Globe in Chicago. I came to Br!nk with a punch list of notes from two readings this winter, and I've been diligently working on them during my residency here. My goal was to rigorously track the way that the information unfolds in this play. It's a murder mystery, so I don't want to give too much away!

Nabra Nelson: This is, in fact, the first workshop or reading of this play, so it is very exciting for me. I have never heard the play read out loud before, and I started the Br!NK process with a relatively early draft. So simply hearing it through the voice of a talented actor (Krystal Drake) is so incredibly helpful. The structure, tone and humor of Nubian folklore may not be fully familiar to Western audiences, so I aim to strike a balance between preserving the authenticity of the ancient stories in the play while allowing any audience to access and relate to them. The program has already helped me clarify a lot of the history and background that is needed to understand this play. 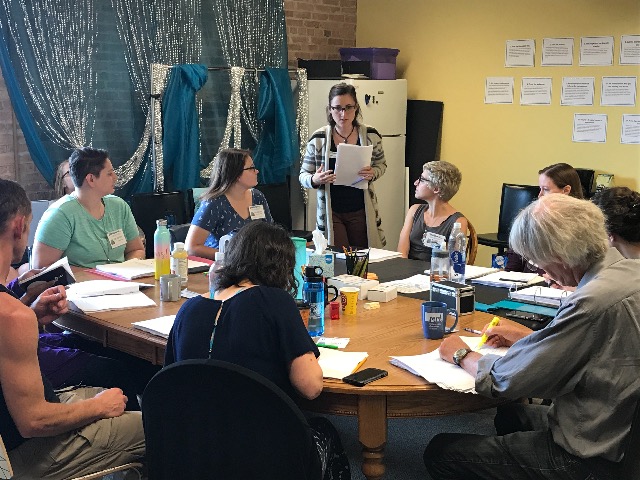 A rehearsal for Kristin Idaszak's "The Surest Poison"

Talk about the conversations you’ve had in the rehearsal room.

KI: They have been robust. I’ve been bringing in a lot of new material, so the conversation is usually in response to the new pages and the way they impact the story.

NN: Our conversations have been illuminating, inspiring, energetic and enriching. They gave me so much fuel as a writer. I love that everyone was actively a part of all of our conversations, which provided me with several different points of view on my piece. It was exciting to see that the stories in my play reminded people of moments from their own lives. There was a lot of story-sharing in our discussions as we found a universality in the idea of storytelling, which is what my play is about: that stories are part of our identity.

How was your experience working with your director, actors and dramaturg? Have they helped you see the play in a new light?

KI: I always understand the work so much more clearly when I’m in the act of collaboration. To me, that's the great joy of writing in this particular medium. These characters have been growing and changing during the workshop quite a bit, and the director and actors have been making lots of discoveries in the text. I also need to commend my dramaturg, Amanda Schumacher, who has been tracking a massive amount of very detailed scientific information through the play as I weave it into a highly stylized, 1920s, hardboiled mystery story. It's no small feat, and I think she's had a few late nights during this process.

NN: Absolutely. Since the play is based on my mother’s life story, I could only hear it in my mother’s voice. Krystal Drake brought a new life to the character and allowed me to reimagine it, and make it more universal. Mallory Metoxen, who directed the piece, provided so much guidance throughout the process and gave me new ideas about how this play could be imagined onstage. Our stage manager, Bailey Wegner, who I have worked with before, kept us dutifully on track and provided an insightful additional perspective. And Erika Kirkstein-Zastrow was a tireless and deeply knowledgeable dramaturg, who not only helped me better understand my own writing, but provided me with research that was integral to grasping the cultural context of the story.

Are you doing much rewriting before the readings?

KI: I've brought in well over a hundred pages of new material so far, and I'm not done yet!

NN: I was at a stand-still with the draft I had before starting Br!NK, but working with this amazing team has put so much energy behind the play and has already resulted in a couple new drafts. I did a ton of rewrites during the rehearsal process and restructured several sections already. So for the readings, I really just want to see how this draft lands with different audiences. I will certainly be editing during the performances and will use all of the feedback I get from audiences for the next draft of the play. It is still in progress and seeing it come to life in this performance format will be invaluable.

How would you characterize the Br!nk experience overall?

KI: I feel so well taken care of. Working with the powerhouse women at RTW has been a dream. I really took them at their word that I could do major, major work on the play. They have supported this play and me as a writer like a dream, and I can’t wait for the readings.

NN: If I was to summarize the Br!NK experience in one word it would be "supportive." The team I worked with was incredible and helped me better access the core of my play. I can’t believe that the rehearsal process was only four days – it was truly an invaluable experience. It is so inspiring to be in a room with intelligent, powerful and supportive women, and it has breathed new life into my piece.

For a full schedule of readings and other Br!nk events, visit r-t-w.com/br!nk-festival.html.