You knew the pop-country music of Thomas Rhett would make for a fitting first glance in the newly polished and revamped (but not totally done until 2020) American Family Insurance Amp at Summerfest. And, it did so very, very well.

You knew the weather would turn. It did. You knew the Miller Lite would be cold. It was. And you knew the pop-country music of Thomas Rhett would make for a fitting first glance in the newly polished and revamped (but not totally done until 2020) American Family Insurance Amp at Summerfest. And, it was. Wow.

Just a few years after opening for Kenny Chesney at Miller Park, Rhett – now with 13 number one songs – is a legit crossover star with a charm, voice and presence that were all perfect fits for Summerfest’s opening night.

While the set list remained the same as his other shows on this "Very Hot Summer Tour," his tightly knit 90-minute group of 17 tunes were all sing-a-long favorites for the sold-out crowd.

I could ramble on and write about the details of every song, and give you facts about his new release, "Center Point Road," that debuted earlier this month at the top of the Billboard charts, but you find that elsewhere. So here are six observations and takeaways from tonight’s show. 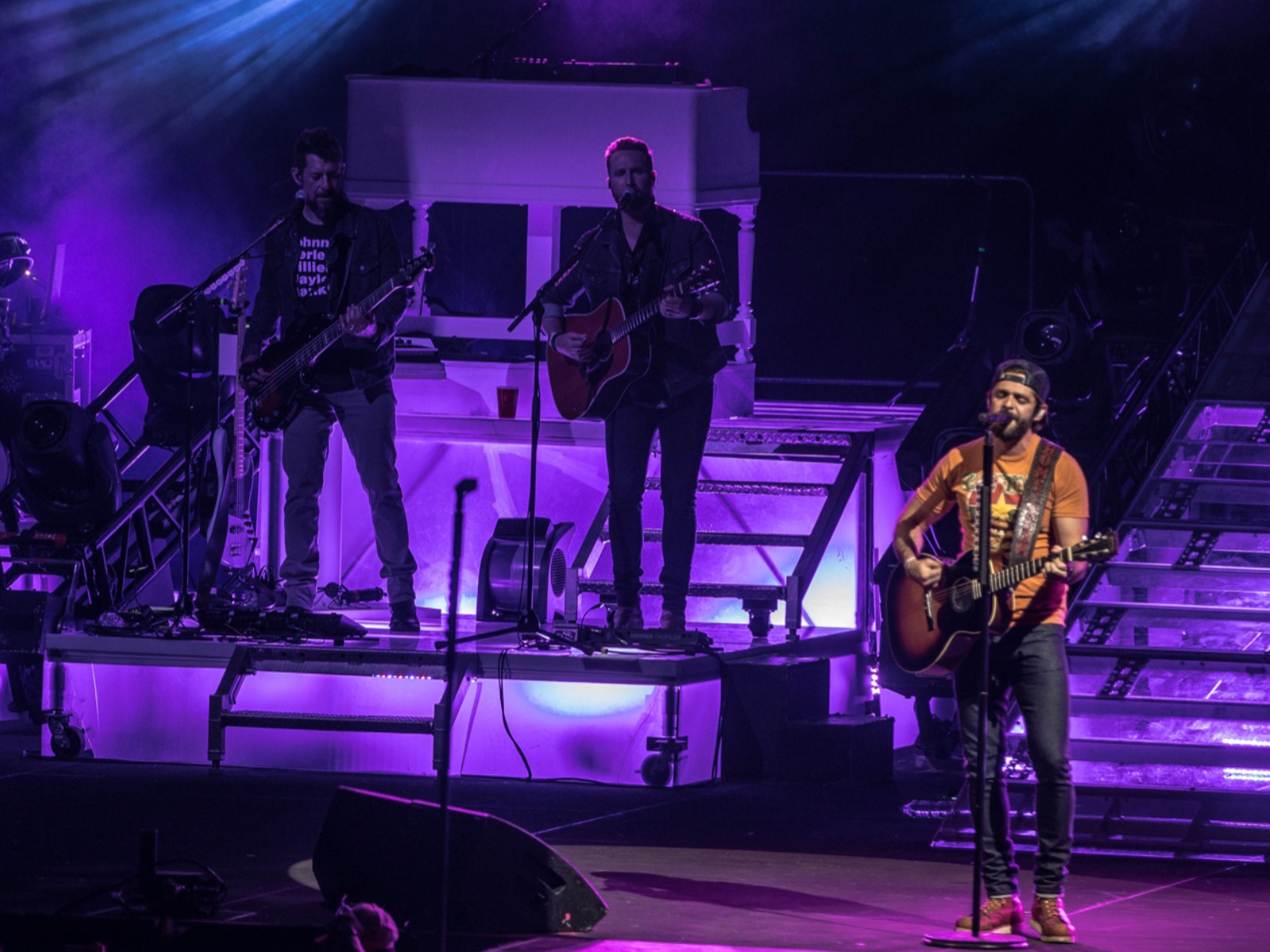 Maybe it was the perfect weather. Maybe it was the renovations to the roof and lower bowl of the Amp. Not sure, but the sound was near perfect – not too loud and not too soft, with every word recognizable. Even as Rhett spun a few stories, it was crystal clear and clean. Kudos, Summerfest. 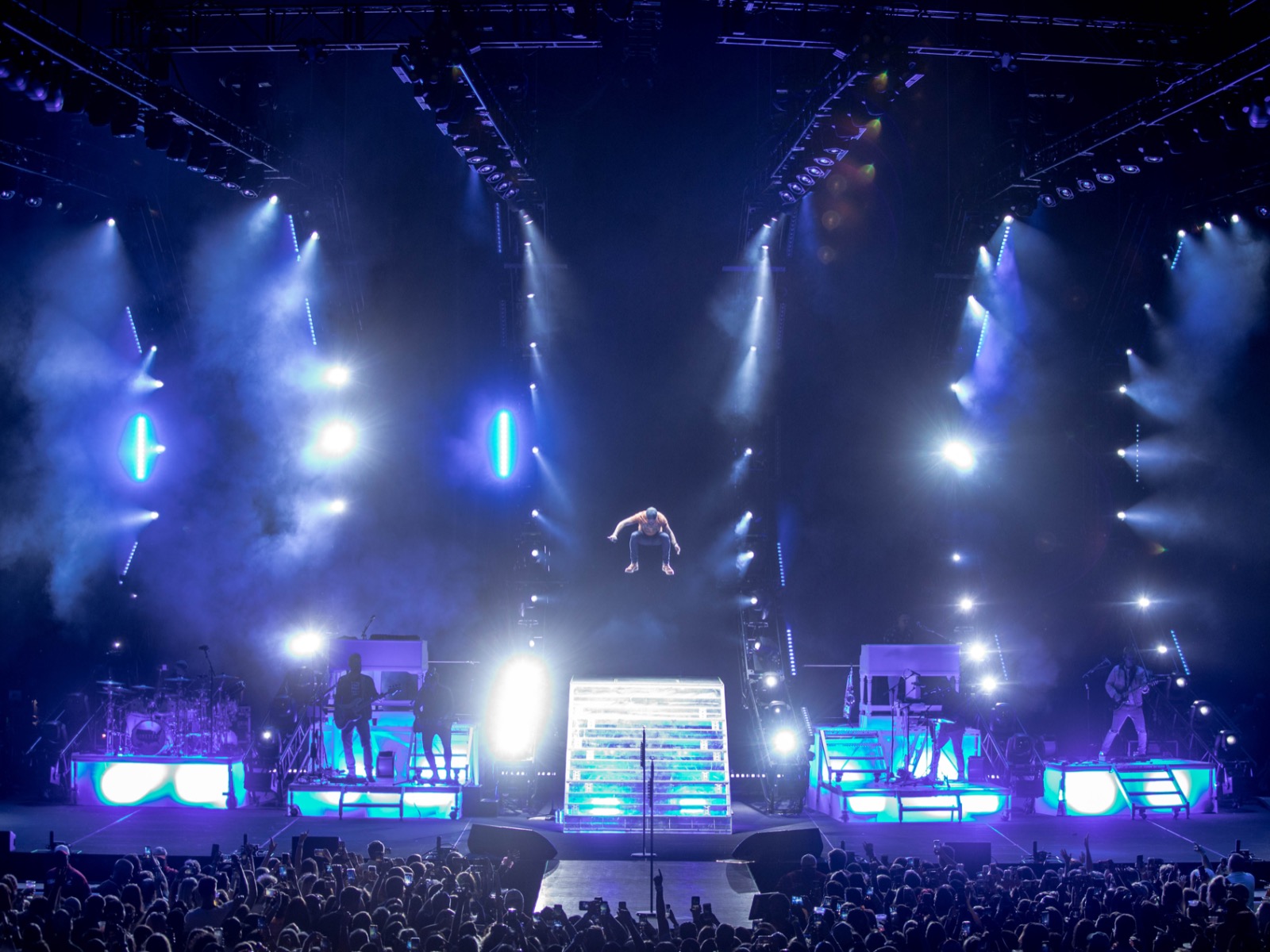 Milwaukee was clearly ready to party. Rhett launched (well, kinda popped) onto the stage from underneath the Amp just as the Big Bang fireworks concluded. At precisely 10 p.m., the show began – and the crowd was ready. A big mix of ages sang, danced and recorded their every move. A young family in front of us had their 13-year-old son along with them for his first concert while the 70-plus couple behind us swayed and sang along to every song. I say this about every country show I attend, but there’s a feeling of family at most shows that’s special. It’s a unique bond that both artists and fans cherish. Rhett toasted it as he recalled his two Summerfest amphitheater appearances – both opening slots, for Jason Aldean and Florida Georgia Line. The crowd loved him equally as a headliner. 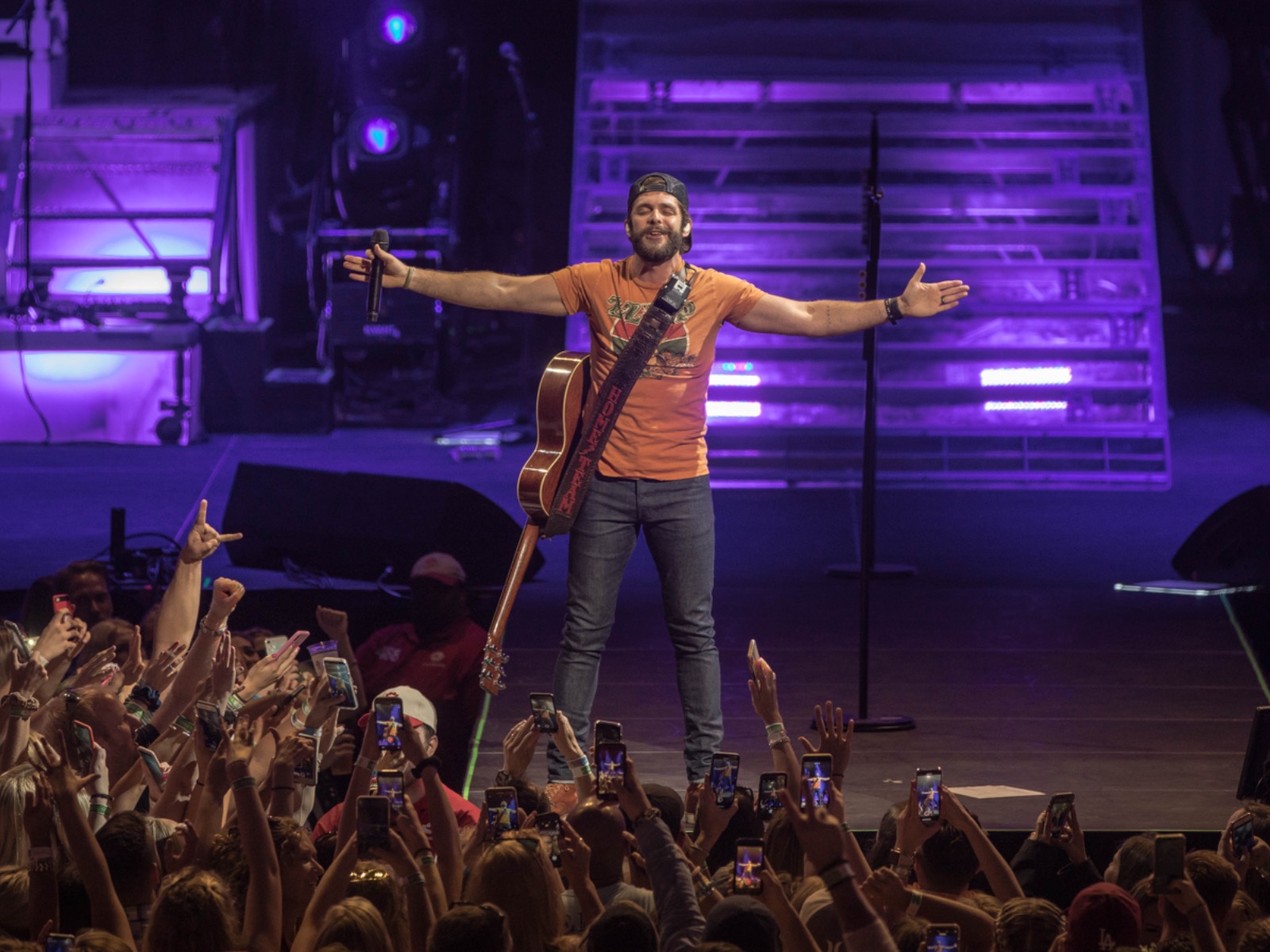 ZZ Top will bring its "50th Anniversary Texas Bash" (with special guests Cheap Trick) to Summerfest’s BMO Harris Pavilion on Sept. 4. So, maybe in anticipation of that show, Rhett sported a ZZ Top T-shirt during this set. And on that topic, he also, as he has all tour, finished his set with his 2016 hit "T-Shirt." 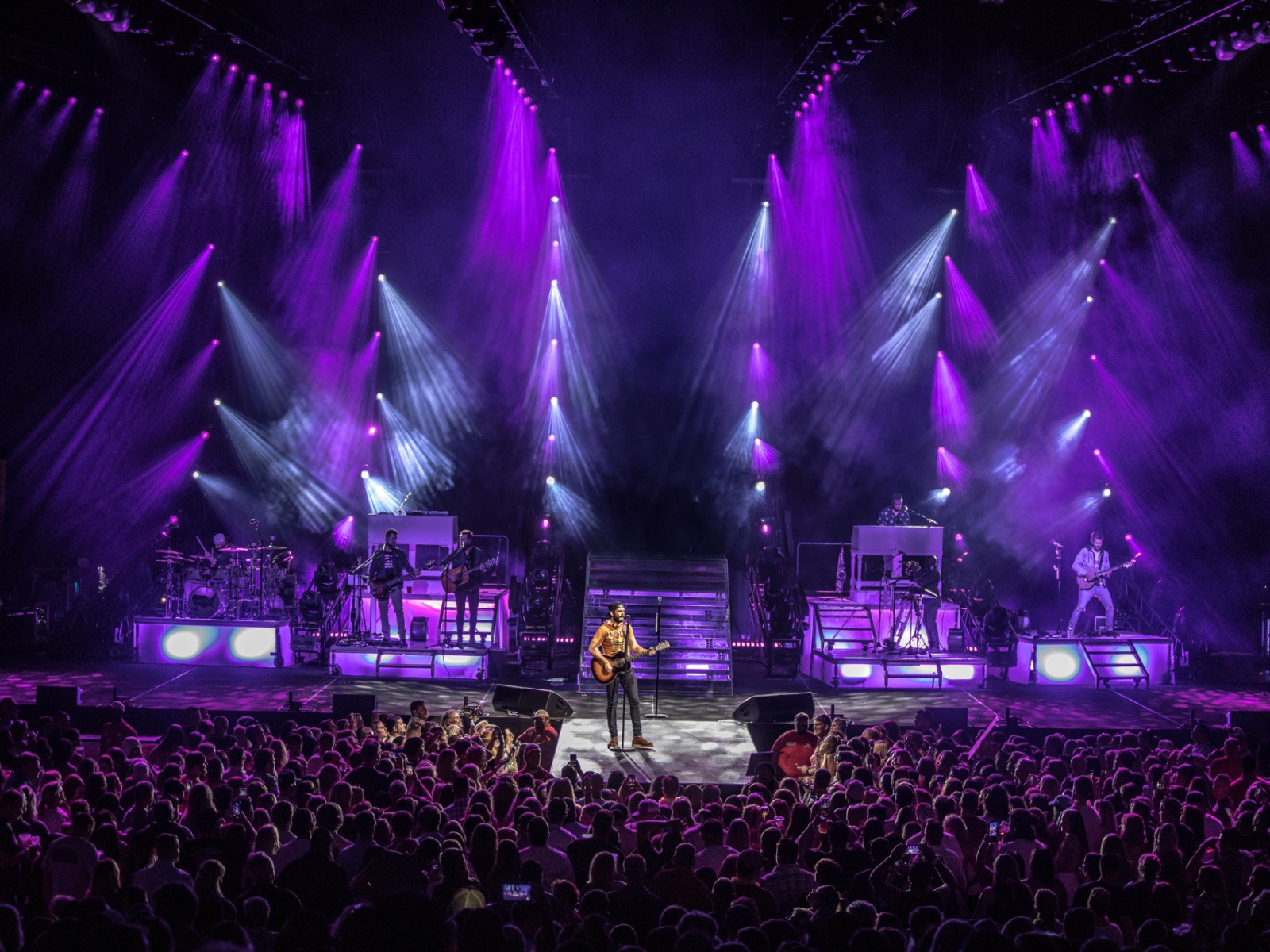 Nine songs into the show, Rhett raced up to a secondary stage in the back of the Amp, just ahead of the lawn seats. He did stripped-down versions of "That Old Truck," "Star of The Show" and an extended version of "Round Here" – which Rhett, of course, wrote for Florida Georgia Linee – that included snips of Eric Church's "Creepin’" and "Home Boy." 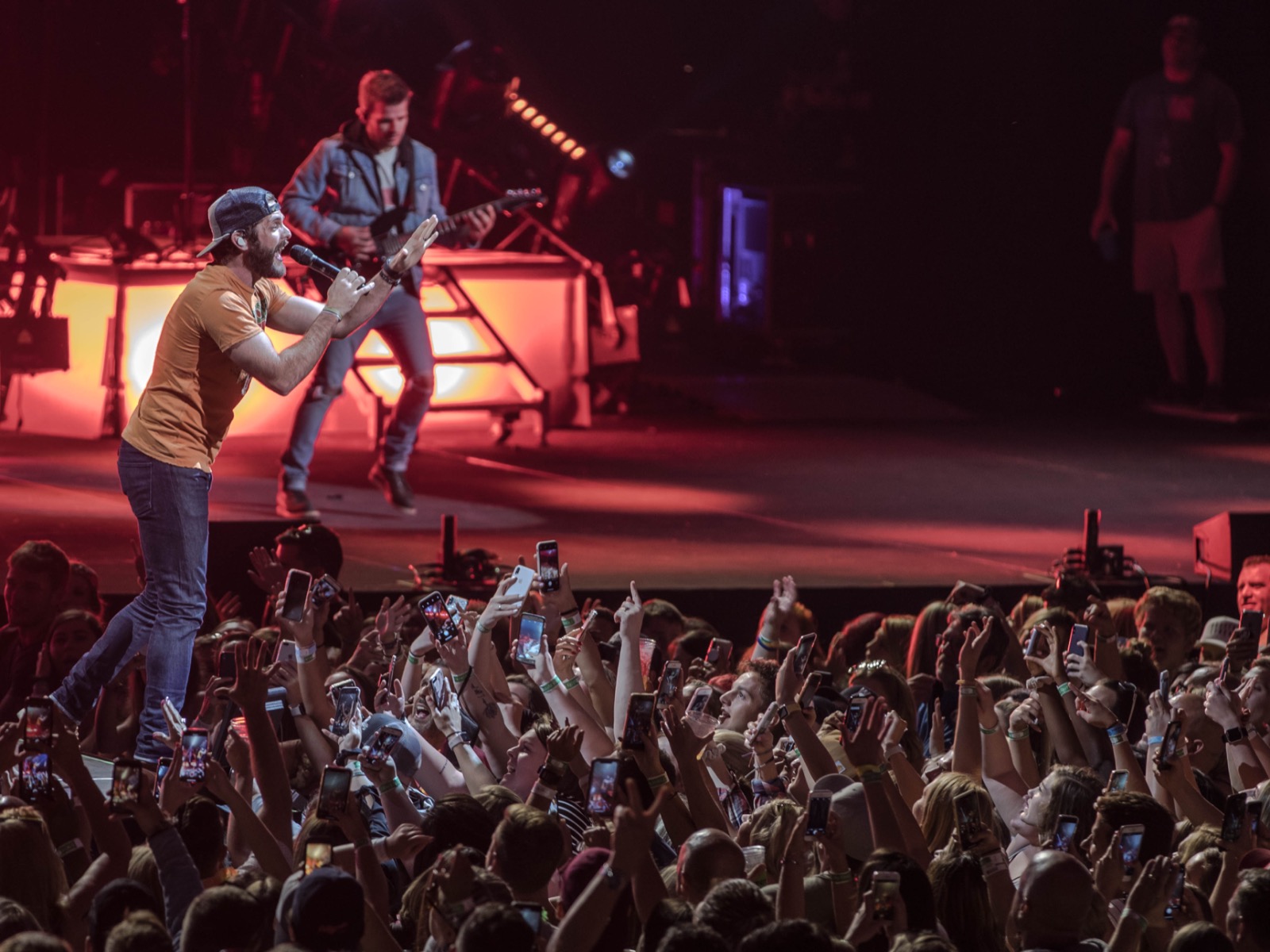 Rhett did "Remember You Young," a new track and his next single. It’s a lovely tune mainly about his wife and their younger days. It’s the perfect county song and sure to be another big hit with its timeless lyrics like: "'Cause no matter how much time goes by/And no matter how much you grow up. For worse or for better, from now 'til forever/I’ll always remember you young." 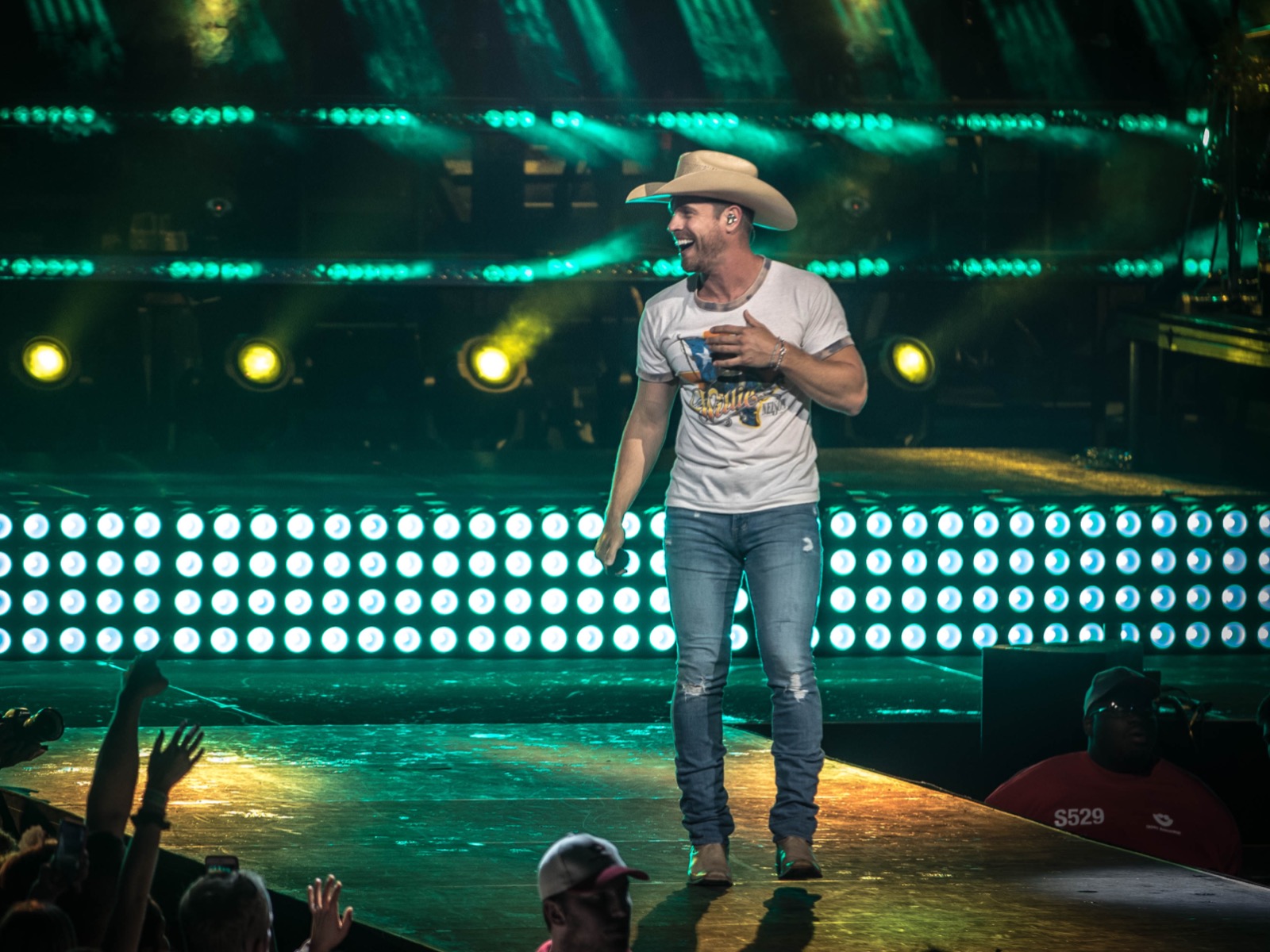 Dustin Lynch and Russell Dickerson are the special guests on this tour. Both performed on opening night of Summerfest. We missed Dickerson’s set as we were still at the opening night reception (Sorry, Russell) but his wife, Kailey, is from Cedarburg, so I’m sure he loved playing to friends and family.

Dustin Lynch meanwhile relished his time on stage with a really good 15-song set that kicked off with a rocking version of "Seein’ Red" and included a fun six-song cover set that chronicled his love of and life moments with country music.