Riley's Good Dogs aspires to be a next generation fast casual restaurant brand that simultaneously speaks to the latest trends while creating a consistent and enjoyable customer experience.

A special use application with the City’s Board of Zoning Appeals is currently in process for Riley’s Good Dogs, a new fast-casual restaurant slated to open at the former Moto-Scoot at 1652 N. Water St.

If all goes well, the concept – which will serve a menu of hot dogs, sausages, macaroni and cheese bowls, loaded fries and ice cream – could open in late spring or early summer of 2020.

Behind the restaurant is building owner Bill Weslow, who operated Moto-Scoot for over a decade before selling the business in 2017, and Hank Stiehl, an industry veteran who built his career in fast casual dining with brands like Ian’s Pizza and Wendy’s.

Steihl, who met Weslow while working for him in 2008, says the two became fast friends, keeping in touch over the years that followed.

"And we watched the area develop, we knew that the building had to become a restaurant of some kind, and we toyed with a few concepts," says Steihl. "I’ve always wanted to start my own restaurant, and in recent years, I’d really been taking notes on what I wanted to do.

"With Riley’s, we’re really trying to create a next generation fast casual restaurant brand that really speaks to the latest trends while creating a consistent and enjoyable experience." 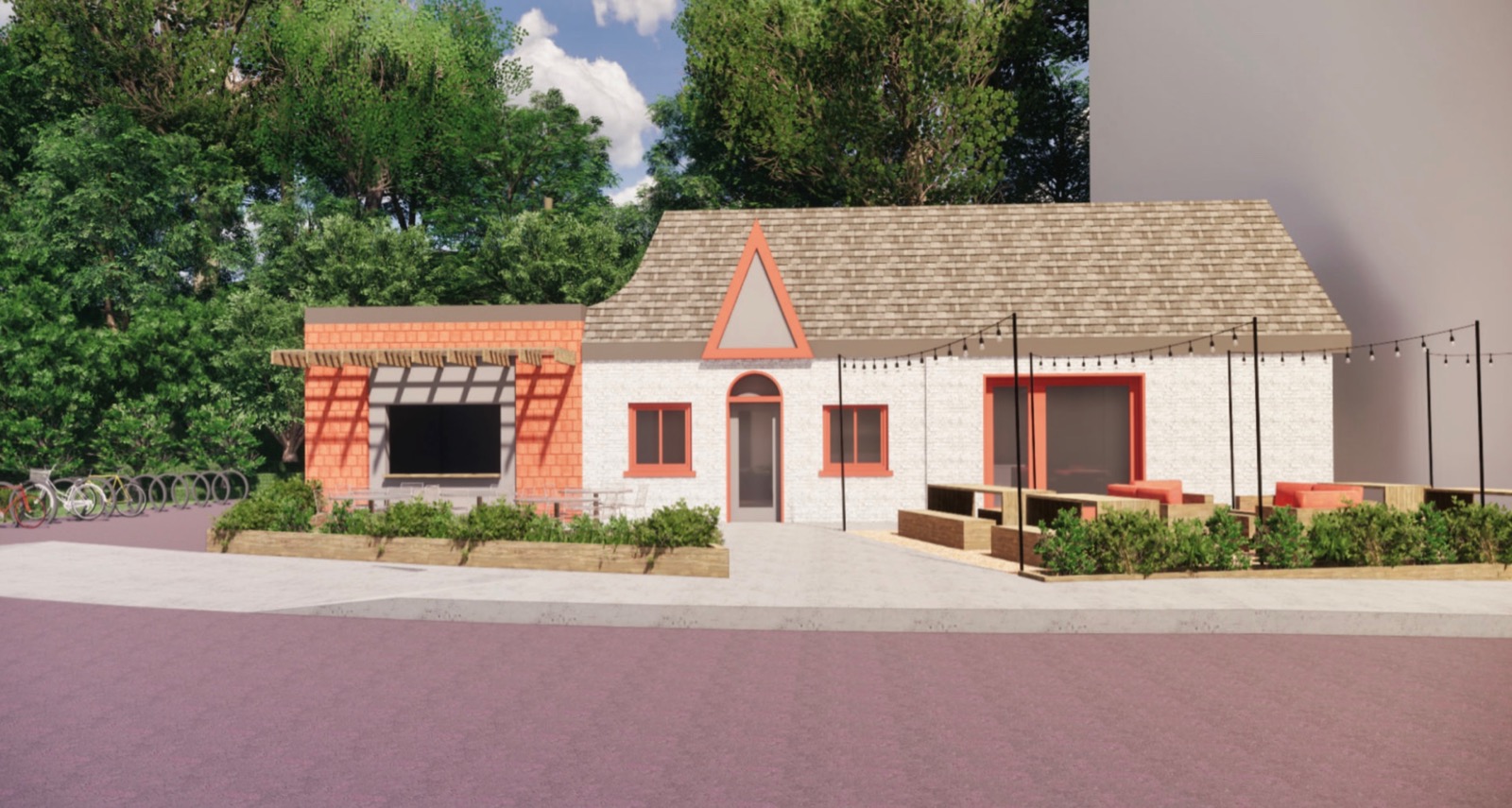 Stiehl’s concept embraces the growth of alternative diets, including vegan and gluten-free lifestyles, as well as the increasing popularity of both take-out and off premise dining, to create a modern venue where he says there will be "great food for everyone, served expertly."

Stiehl, a vegan himself, says the menu is being built in a way that accommodates both meat eaters and vegans with a variety of sausages, bowls, creatively topped French fries and ice cream, with most items priced between $7 and $12.

"Every meat-based items on the menu has a plant-based alternative," he says, noting they’ve already begun testing recipes for the menu. "Even our vegan macaroni and cheese is based on our original five-cheese recipe … and it’s really, really good."

All dishes will also focus on high quality ingredients from all beef American made hot dogs to locally made Italian sausages and Wisconsin cheeses.

"Right now we’re looking at flavors that can play a variety of roles – from toppings on hot dogs to additions to roasted vegetable bowls," he says. "And, in the end, what we’re trying to do is rethink dishes and flavor combinations to create real flavor bombs."

As for what those flavor profiles look like, Stiehl says they are still experimenting; but options are likely to embrace both classic flavor combinations like sauerkraut, onions and brown mustard to more far-flung profiles like pineapple relish with mango mustard.

"The idea is to meet the healthful standards that our customers expect while also giving them the flavorful, ooey gooey comfort food aspect at the same time," he says.

Riley’s Good Dogs will also focus on the "fast" aspect of the business.

"Our goal is a focus on operational efficiency and speed so that people can order ahead and pick-up at the restaurant in an efficient manner," says Stiehl. "And we’ll be leveraging the latest technology for both kitchen operations and our POS and ordering systems."

Features will include a high tech kitchen on the Northern end of the building (formerly the service bay for MotoScoot), along with a outward-facing service counter that overlooks an extensive well-appointed patio. Meanwhile, inside he anticipates there will be seating for eight to 10 customers. 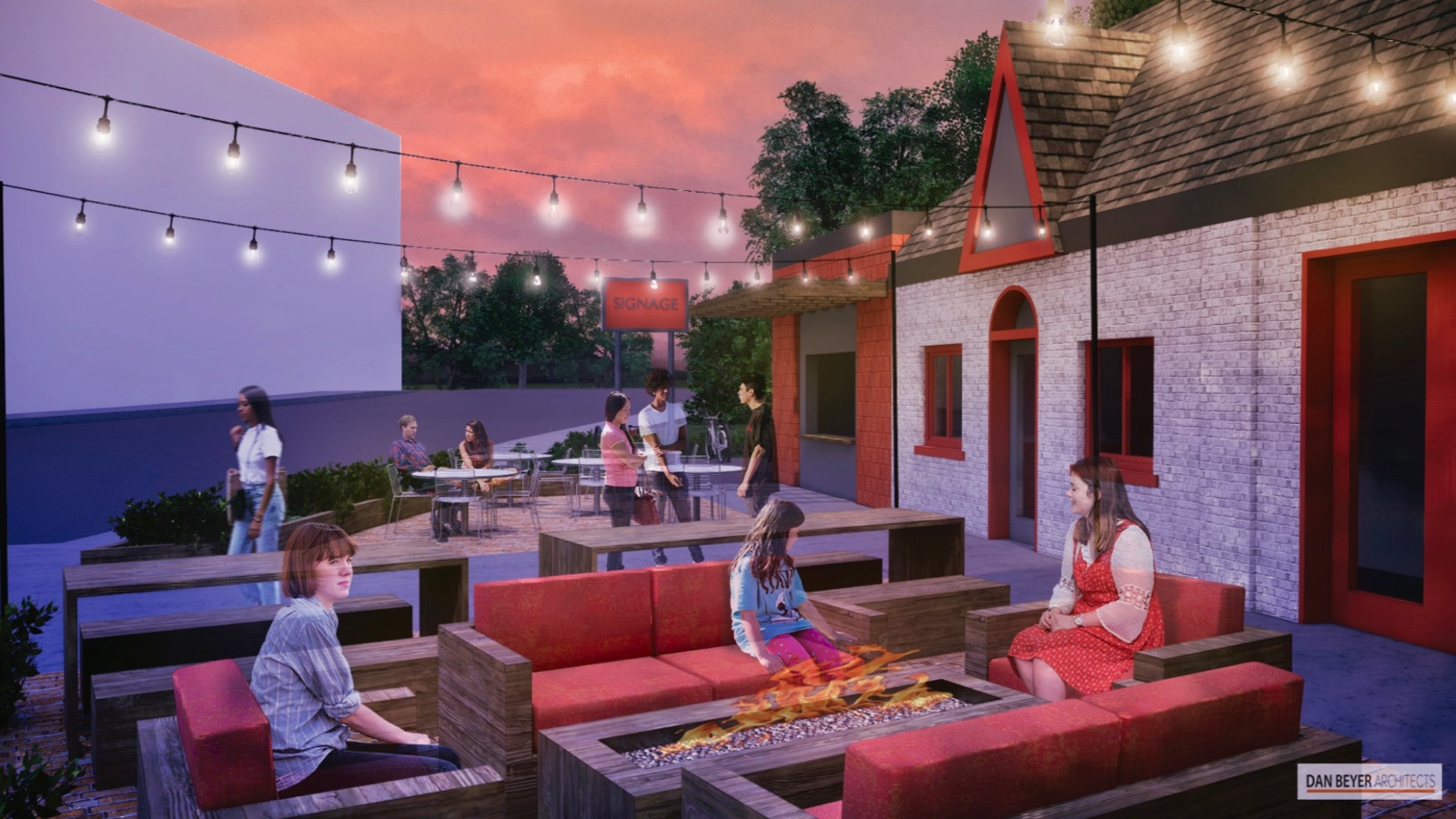 In keeping with the name – which is a reference to both hot dogs and pet dogs – the restaurant will boast a dog-friendly patio, dog-related imagery and (of course) a dog-friendly snack or two.

In fact, the name itself is a reference to Weslow’s pet bulldog, Riley, whose presence at Moto-Scoot made him the venue’s unofficial mascot for years. The popular pup passed away last summer, but his imagery will appear in Riley’s Good Dogs’ logo.