A dynamic, dual-level establishment at 223 N. Water St. that features a Wisconsin theme on the main floor and an Illinois theme downstairs, Rivalry opened Thursday night for the Packers-Bears game. It's not the sports bar you're expecting. It's the one you didn't even know you would like.

A dynamic, dual-level establishment at 223 N. Water St. that features a Wisconsin theme on the main floor and an Illinois theme downstairs, Rivalry opened Thursday night, fittingly, for the Packers’ game against the Bears. It was packed and buzzing for the launch, which showcased a distinctly – and refreshingly – different take on its conventional genre.

Inside, there are no mounted cheeseheads, generic Clay Matthews posters or signed Ditka photos; the walls aren’t covered floor to ceiling with team pennants and random souvenirs. Wonderfully, there isn’t a single Fathead to be found. Undeniably, Rivalry is a sports bar; it’s just unlike any other in Milwaukee.

The name, sharp logo and catchy tagline – "Love thy neighbor, loathe their team" – let you know its main priority: to be a place for people to drink and watch games, while engendering just enough state pride and good-natured antagonism to be unique and interesting. But it’s not only the relatively novel and always-appealing "Go us! Boo you!" competitive element of pitting Wisconsinites and Illinoisans against each other that makes Rivalry stand out.

It’s the interior, sleek and trendy and low-lit, with glossy, original artwork (sports and non-sports) and understated décor – the long side wall of exposed Cream City brick remains unblemished by memorabilia – that truly separates Rivalry from most sports joints.

Joshua Janis, the owner of the local Refuge Café chain who’s been involved with various area bars and restaurants over the years, says that subtle look was entirely deliberate, part of the swanky, club-like vibe he hopes to generate.

"One-hundred percent, that was always my intention," he says a day after Rivalry’s exhausting but successful opening. "I don’t particularly like just throwing things on the wall. I wanted a nice sports bar, not just the rundown corner pub, more of a social gathering place." 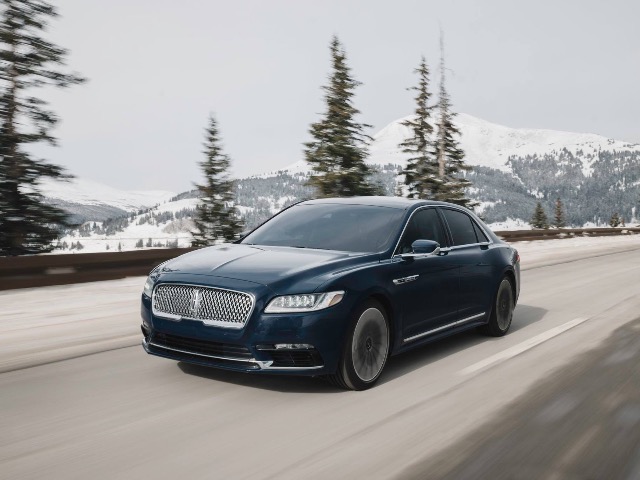 He mentions a striking piece of art by the stairs at the back, where the Wisconsin theme descends to the Illinois river level: a plasma cut, oxidized steel visage of Abraham Lincoln done by local artist Britt Musial, who also did a 4-foot Chicago flag downstairs. Other works include artistic sports histories of Wisconsin and Illinois, and a wide array of their teams and players, on the wall, as well as images of iconic figures from the two states.

Rivalry features a state-of-the-art Martin Audio system that delivers rich sound – of both the game and music, which Thursday included a lot of classic rock, Motown, Michael Jackson and the ever-popular "Take Me Home Tonight" – that is simultaneously ambient and allows for easy conversation. On opening night, it was filled with 20-somethings, many in Green Bay jerseys, along with several Chicago fans downstairs who were more concerned with the Cubs’ NLCS game than the Bears’ bumbling performance. Janis says the bar plans to push the Cubs, especially if they make the World Series, and will show every Blackhawks contest, as well.

The menu is high-quality provincial and offers Illinois and Wisconsin favorites, many of which, unsurprisingly, are state counterparts (Chicago hot dog vs. Wisconsin bratwurst, hot Italian beef vs. braised pot roast, thin crust pizza vs. deep dish style). There are also delectable appetizers like cheese curds, confit wings and mountainous plates of nachos. Above all, Janis says there’s one serious emphasis when it comes to the food. 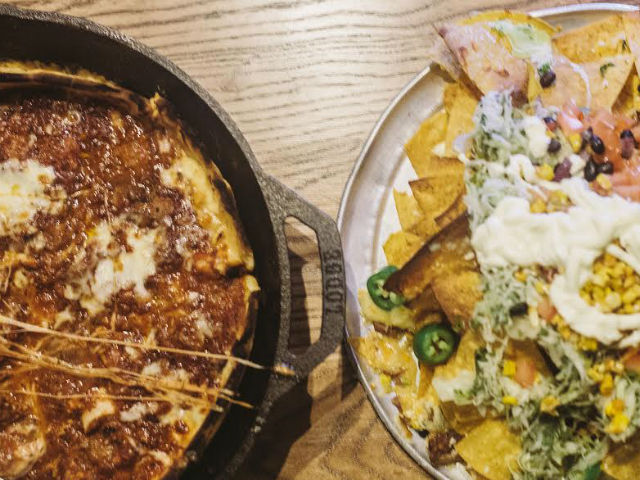 "We do handmade everything, literally," Janis says. "The chef is meticulous."

On tap there are a half-dozen beers – including Goose Island 312 for the Windy City folks – and the usual suspects in bottles. But Janis says Rivalry is more cocktail bar than brew house. Soon, there will be Old Fashioneds of both the Chicago variety (whiskey, bitters, sugar, very simple) and the Wisconsin preference (brandy instead, and with everything all muddled together).

Anyone who’s been to a game, especially between rival teams and fans, knows sports and booze are often a combustible, confrontational mix. But perhaps because it’s striving for class and cheers rather than fights and jeers, has that amiable "love thy neighbor" atmosphere and is not an in-your-face place – though there is a chalkboard in the men’s bathroom for guys to trash talk/write – Rivalry can succeed in being the different, upscale, interactive and tasteful sports bar it wants to be. 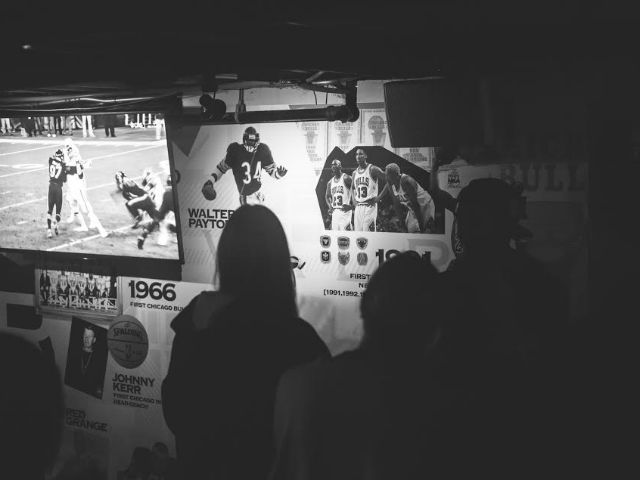 "The way I envision it, the silence of one team’s fans would correspond at the same time with the roar from the fans on the other level, and vice-versa," Janis says, "and it would be a really cool, vibrant experience."

Rivalry is open Monday through Thursday from 4 p.m. to 1 a.m., Friday from noon to bar close and Saturday and Sunday from 10 a.m. to bar close. Beginning Oct. 29, it will serve brunch on weekends.

You can take a tour of the space via our opening-night Facebook Live: