As one of Milwaukee's oldest neighborhoods, settled by Polish and German immigrants, Riverwest is blessed with a plethora of great architecture. So much, that this quick tour will focus only on the section of the neighborhood north of Locust Street. Of course, there are many more interesting buildings than these, but consider this a kickstart to exploring what the neighborhood has to offer.

As one of Milwaukee’s oldest neighborhoods, settled by Polish and German immigrants, Riverwest is blessed with a plethora of great architecture. So much, that this quick tour will focus only on the section of the neighborhood north of Locust Street.

Of course, there are many more interesting buildings than these, but consider this a kickstart to exploring what the neighborhood has to offer. 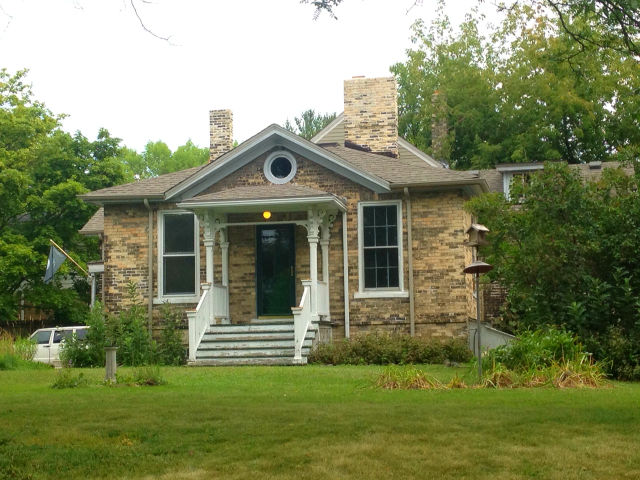 Built in 1851 for florist and seed purveyor Frank Whitnall (who started the idea of ordering flowers via telegraph and phone, a system FTD still uses now), this house, with a gorgeous Italianate porch, sits on a rise above Locust Street, just west of the Milwaukee River. It has grown and changed over the decades with a series of additions on different levels that make it a sort of early split-level house. When it was built, it sat on more than 18 acres, or a pretty big chunk of this part of Riverwest. 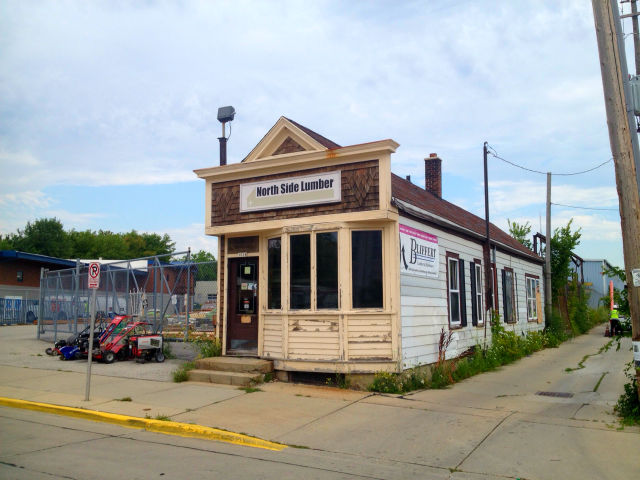 This shotgun-shack office for Bliffert/North Side Lumber is tiny and shouts old Milwaukee. A glance back at the 1910 Sanborn map shows the structure and lists it as, well, the office for an adjacent lumber yard. The more things change... Architect Keith Stachowiak recently got an impromptu look inside and posted some photos online. 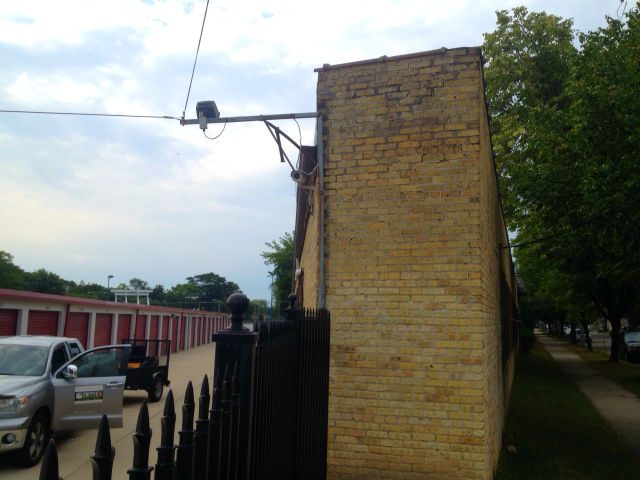 I love this triangular industrial building, because, it's, well, triangular and distinctive. It was built after 1910 (as it doesn't appear on the 1910 Sanborn map). It's home to Growing Systems, which, according to its website, makes plastic propagation trays for plants. I once stopped to ask a guy shoveling the walk what it was originally used for and he though it was a textile mill, but that's hearsay. 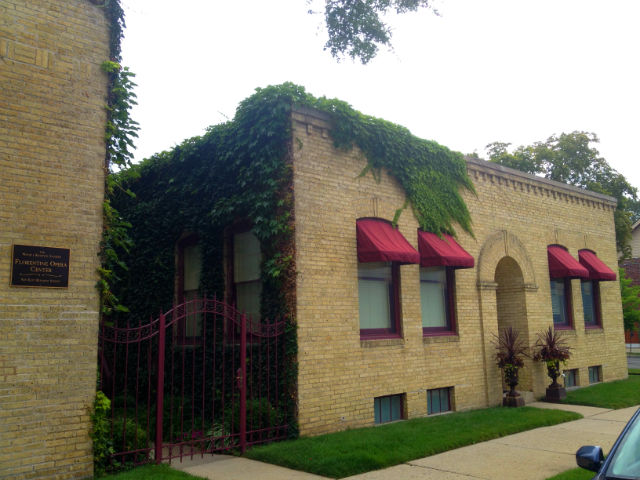 A cream city brick former industrial complex, these buildings – erected in the early 1900s by H. Schmitt & Sons – have been renovated into the Florentine Opera Center and the lovely home for La Lune Collection furniture factory and showroom, which has been there since 1986. I'm especially enamored of the entry arch on 930. These buildings are dwarfed by a giant industrial building to the north. 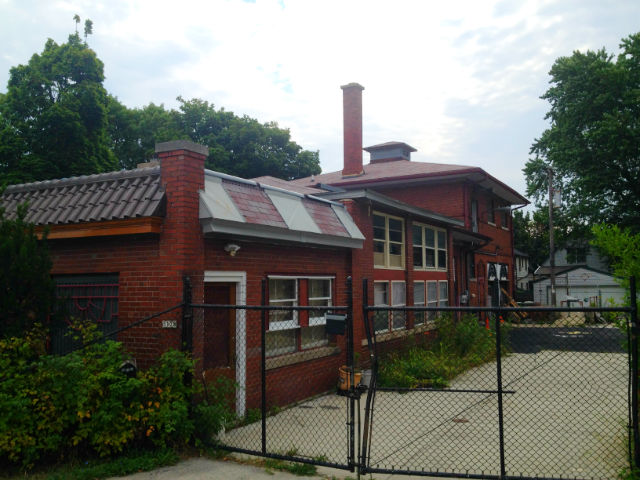 This two-story, 5,000-square foot brick "service building" was erected in 1916 as a hayloft and stables for Standard Oil, and – along with a single story block warehouse added in 1942 – was also home to the Riverwest Artists Association for a while. It's owned by Bob Koch – a well-known figure in Riverwest – and his Koch Sheet Metal business. It's the kind of place you walk past and think, "hmmm, I wonder what this was." 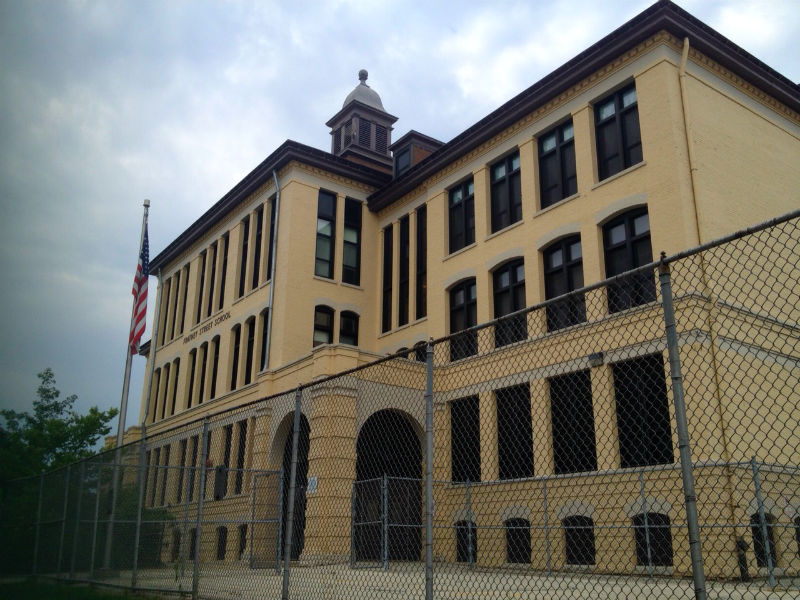 Built in 1903 as District 21-3, this building was renamed Fratney Street School in 1912 and is now called La Escuela Fratney, thanks to its bilingual Spanish-English program. You'll note its similarity to Clarke Street School, built a year earlier, and Brown Street, which predates it by a few more years. All three were designed by architect Henry Lotter. The building got a large addition in 2006. 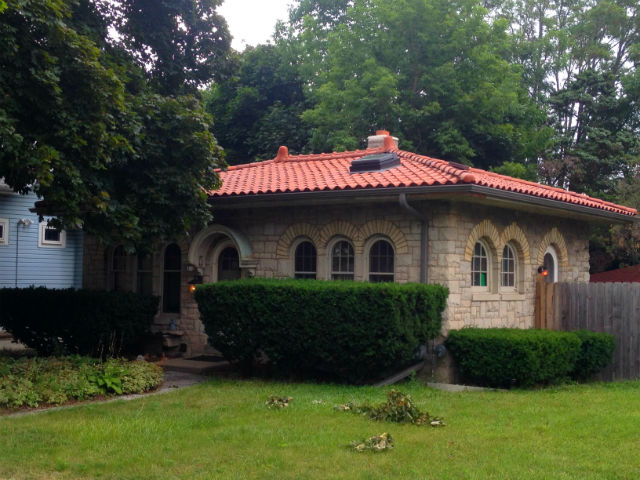 This diminutive Mediterranean Revival stone-veneered home is eye-catching not only for its distinctive red villa-style roof and attractive arched windows but also for its wee size. Everyone seems to notice it. Built in 1925, it's got just 620 square feet on its one floor (though there is another 200 square feet of basement rec room). Interestingly, at 352 square feet the garage is more than half the size of the house itself. 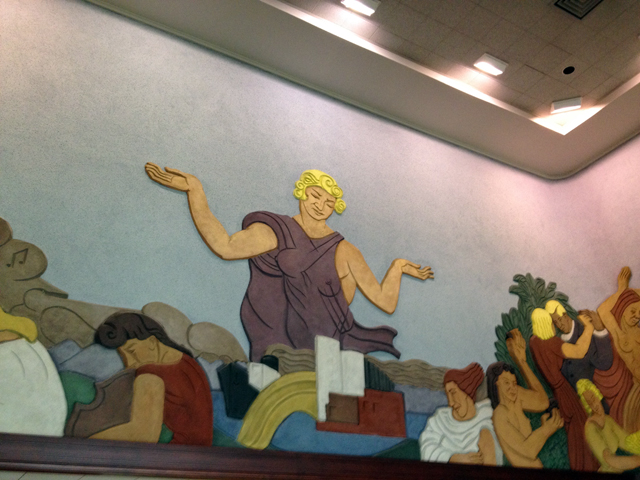 I know it's on the north side of Capitol Drive and so perhaps not technically in Riverwest, but... completed in 1942, the home of WTMJ-TV and its affiliated broadcast outlets is a real art deco gem – drawn by no less than Eschweiler & Eschweiler – that drew praise from home and abroad (notably, then-president of NBC, Niles Trammel, who visited for its opening). Of special note are the four foyer "sgraffito" or carved plaster murals sculpted by Milwaukee artist Jefferson Greer, with panels representing the "giving" of broadcasting (pictured above), television's transmission of light, radio's transmission of sound and the "receiving" of broadcast audiences.