How will the 2015 Rockabilly Chili winners defend their titles in 2016?

At WMSE's Rockabilly Chili, the competition for best chili gets hotter every year. We asked last year's winners how they plan to defend their titles in 2016, and this is what they told us.

It’s time again for WMSE’s Rockabilly Chili, the annual fundraiser which pits over 50 Milwaukee venues against one another in a competition to win Milwaukeeans’ votes for "best chili."

This year’s event takes place on Sunday, March 6 from 11 a.m. to 4 p.m. at the MSOE Kern Center, 1245 N. Broadway. During the event, attendees will cast their votes for winners in five different categories, including best meat, best vegetarian, most unique chili, best heat and best vendor display.

In anticipation of the event, we approached last year's winners to find out if they've got any tricks up their sleeves to ensure they’ll take home the gold again for 2016.

Last year, Hue Vietnamese Restaurant took home the gold for most unique chili with their "Ho-Chili-Min" chili, a take on the Vietnamese stew called Bo Kho. 2015 was their first time participating in the event, but they’ll be back again in 2016 with their game faces on.

"We were honored to have won the most unique chili in 2015 and look forward to taking that title again in 2016 and beyond," says Carina Tran, co owner of Hue. "As the great Bruce Lee once said ‘Defeat is a state of mind; no one is ever defeated until defeat is accepted as a state of mind.’" 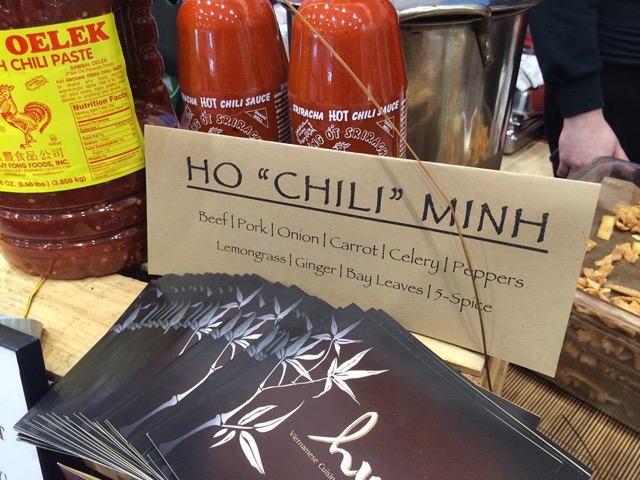 Beans & Barley took home the gold in 2015 for their sweet potato and black bean chili. It was their second year sweeping the competition, and it sounds like they’re rarin’ and ready to defend their turf.

"We did it last year and we are hoping to get it again!" says James Neumeyer of Beans & Barley. "We've been prepping chilis and boiling beans and are hoping our competition brings their A game this year because we have a great chili in the works!"As far as words for their competition, Neumeyer says they’ll be ready for anything.

"RW Coop is always a contender. They held the ‘Best Veggie’ title for a number of years until we took ‘em down. So, we will have to see what they bring to the table this year. Outpost is another competitor who always brings a decent selection, so I guess we will see if they can ramp it up enough to beat us. You have to watch out for those guys! It will definitely be interesting to see if someone comes out of the woodwork as a contender this year!" 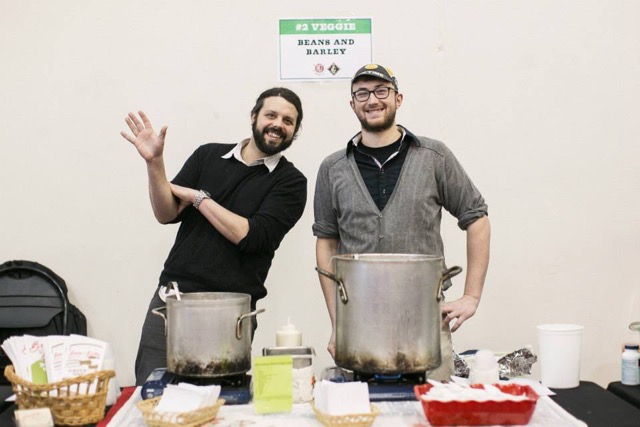 Who’s hotter than McBob’s, the chil-meisters who have won the "Best Heat" category for two years running?  We’ll see. But, it sounds like they’ll be pulling together another secret

"Since McBob’s has won the best heat at least three times, I think you can say we know what we are doing when it comes to making the most flavorful hot chili," says Christine McRoberts of McBob’s. "Again my secret weapon is my partner Brian who has both his three-pepper blend a mean set of taste buds. With a little Tullamore Dew and his pepper blend we will produce a chili that’s sure to knock out the competition."

But the crew is pretty secretive about what the’ve got cooking for 2016.

"That's all I can say about our chili. You just need to come and taste it to find out what we have put together." 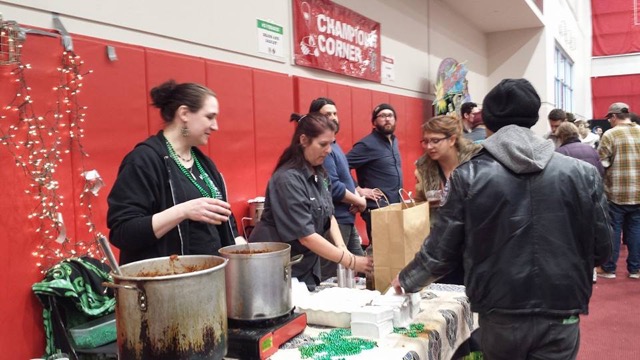 Water Street Brewery reeled in the votes last year, both for the the look of their booth and for their Frito Pie Chili, which contained guajillo chiles, Stone Creek Coffee rubbed beef brisket, Fritos, deep fried cheese curds and serrano crema.

"We schooled the competition at the 2015 Rockabilly Chili Contest and are absolutely ready to defend our title of Best Meat Chili for 2016," says Tina Lawler of WSB. "In the words of the great Ricky Bobby: ‘If your not first, your last!’"

And they’re banking on the fact that their Frito Pie Chili has what it takes to win the popular vote again this year.

"We are bringing our winner back for this year," says Lawler. "If it aint broke dont fix it… Plus it just doesn’t get any better than chili and Fritos…" 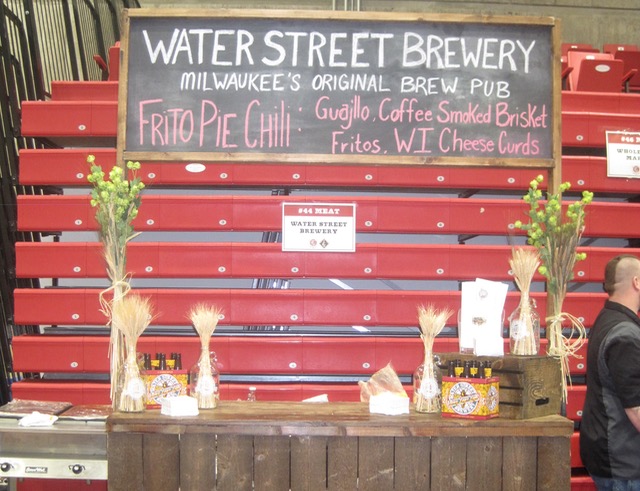 More details and how to buy tickets

Advance tickets, which include four chili samples are $12 and can be purchased online. Additional sampling tickets can be purchased at the event for $1 each. Or, bring two or more non-perishable food items for Hunger Task Force and you’ll receive two additional sample tickets. Children 10 and under enter free.

In addition to chili, this year’s event will feature chili pepper races, which will take place on the second level field house track at noon and 2 p.m. A children’s area sponsored by Artists Working in Education (AWE) will feature art activities for children of all ages.