Bouncing is good medicine - and there are certainly a number of facilities to remedy cabin fever, technology overload, lethargy or just the need for both feet to be off the ground at the same time. And this weekend, Rockin' Jump in Brown Deer opened.

I showed up at Rockin' Jump in Brown Deer on Saturday slightly out of sorts, but after 15 seconds on the trampoline, I was grinning.

Bouncing, I’ve found, is good medicine – and there are certainly a number of facilities to remedy cabin fever, technology overload, lethargy or just the need for both feet to be off the ground at the same time. 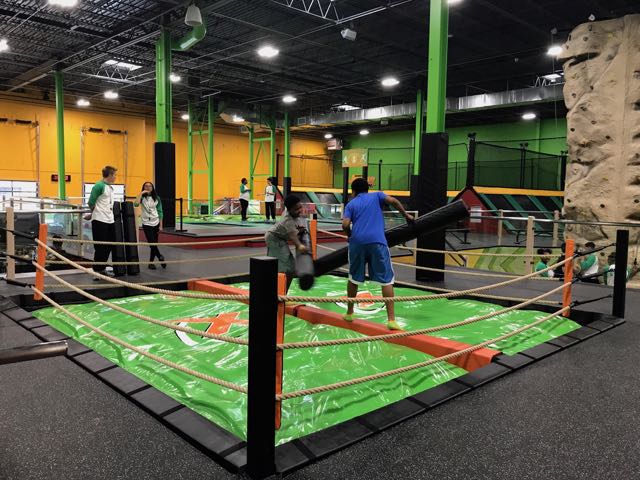 Neal gutted the building almost entirely himself and the build-out took contractors about a year to complete.

"We knew it was going to be a lot of work, and it was, but we’re really happy with how it turned out," says Jim. 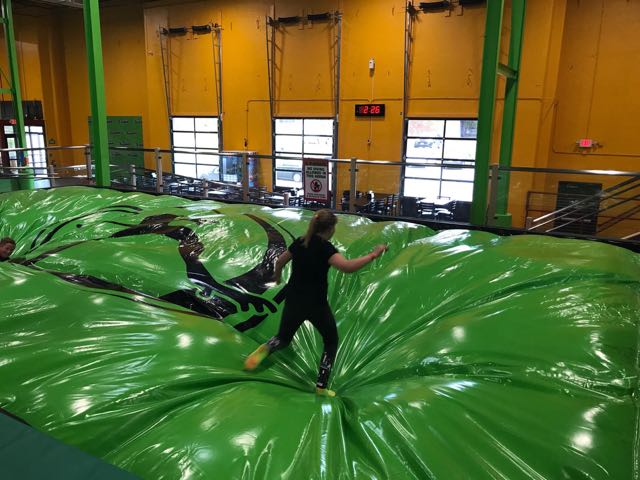 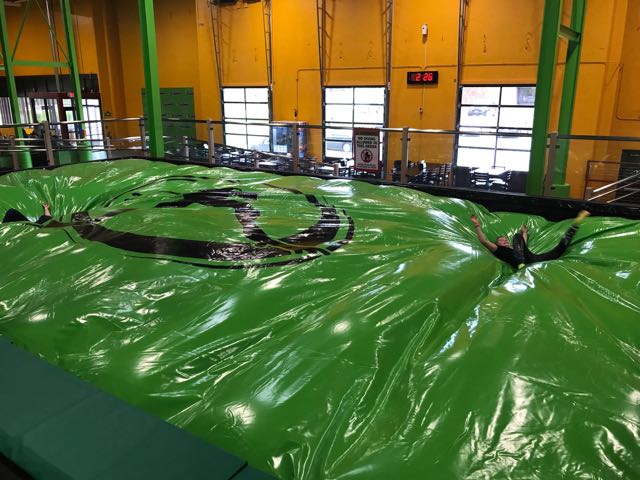 There are about 50 Rockin’ Jumps in the United States and Thailand, with many more scheduled to open later this year.

Rockin' Jump Brown Deer is divided into two separate spaces: one for kids ages 6 and younger and another for older kids, teens and adults.

"This is the only trampoline park in the state that’s like this," says Jim. "So parents don’t have to worry about little ones getting trampled."

Rockin' Jump offers dozens of trampolines, an indoor climbing tower, basketball, X-Beam (a balancing game where opponents try to knock each other over with large, soft mallets); dodgeball, massive air mattresses and more.

My son was slightly bummed the foam pit was only accessible to younger kids, but he did enjoy the chance to rock climb – an activity not available at other jumping facilities that we've been to. 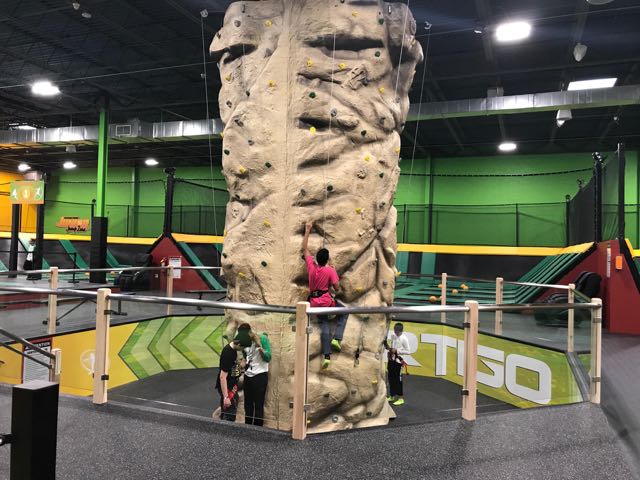 Parents must fill out a waiver for their children – as well as for themselves – to access the facility. Company issued "grippy socks" must also be worn and can be purchased at the park. 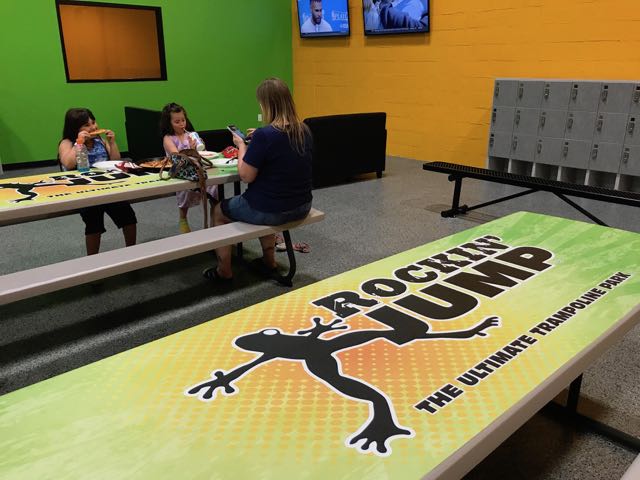 Rockin’ Jump also offers birthday parties, a lounge for parents, massage chairs and concessions. The massage chairs, although not free like they are at Bounce Milwaukee, are a parents' refuge, especially after jumping for a while.

But that's the best part of trampolining. It's a lot of fun, but also a lot of exercise – although the smell of pizza from the concession stand lured me to counterbalance any calories I might have burned. 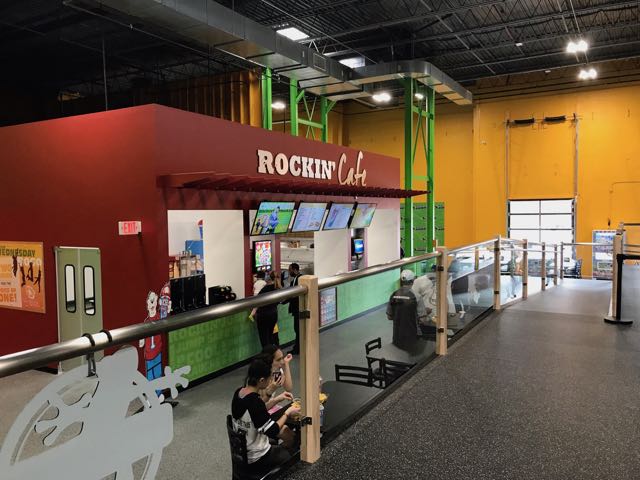 "We do have really great pizza," says Jim. "But best of all, I love seeing kids walking out of here, faces bright red and smiling."

Now if I could just get the Van Halen song "Jump" to stop playing in my head ... 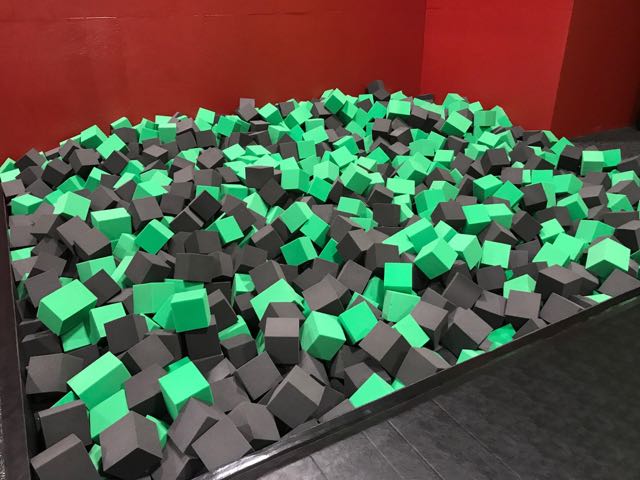