The judging, photos of which you can see below in an example of cuteness overload, coincided with the Milwaukee Ballet's three-day ticket sale for "The Nutcracker." During this promotion, tickets are buy one, get one at half price.

Rogers Street Academy, 2430 W. Rogers St., offers mono- and bilingual curricula to about 700 students from K4 through eighth grade on Milwaukee's South Side.

The competitors in this surely tight race were the Brewers' costumed Hank, the Bucks' Bango and Roscoe, representing the Milwaukee Admirals, and BMO Harris' own Hubert.

For their audition, the mascots had to perform a brief bit of Tchaikovsky’s "Russian Dance (Trepak)" from "The Nutcracker."

After picking their favorite – Bango was the winner and will have a walk-in role in "The Nutcracker" this year with the Ballet – the kids received a gift as a token of appreciation for their work.

But judging by the photos, the real stars were the adorable tots from Rogers Street Academy: 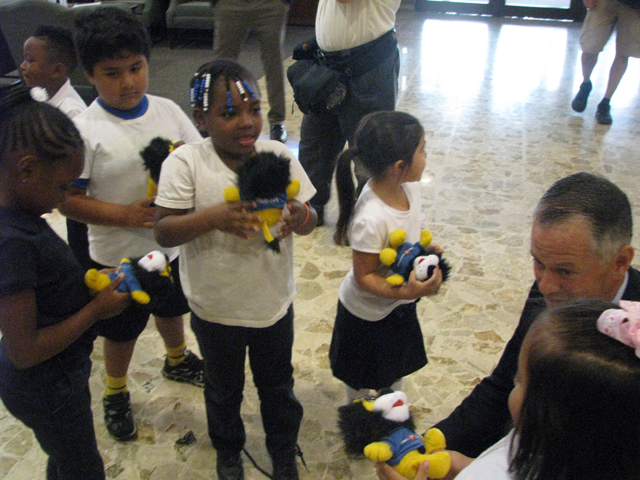 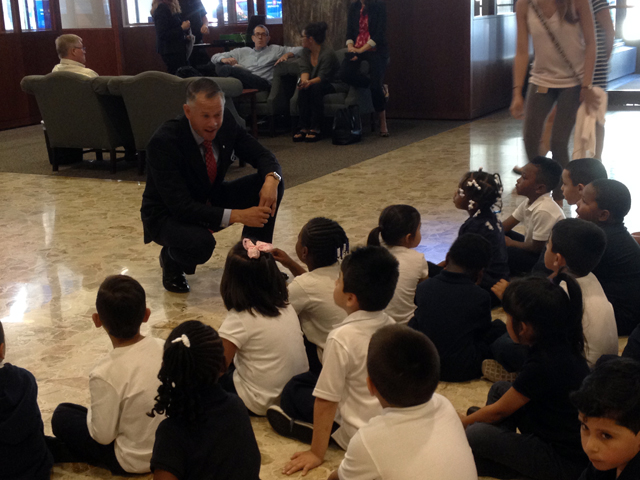 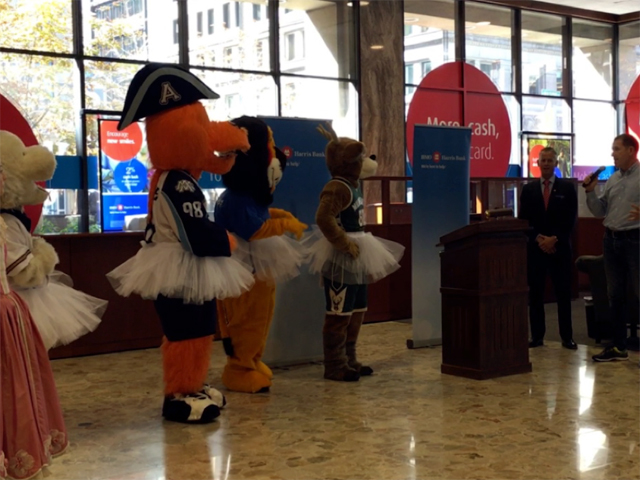 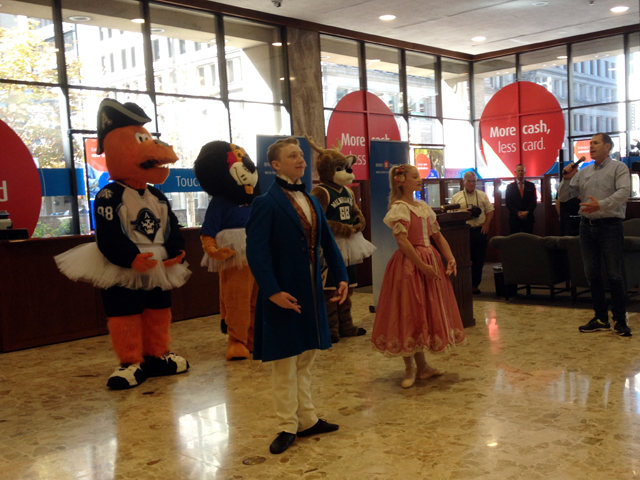 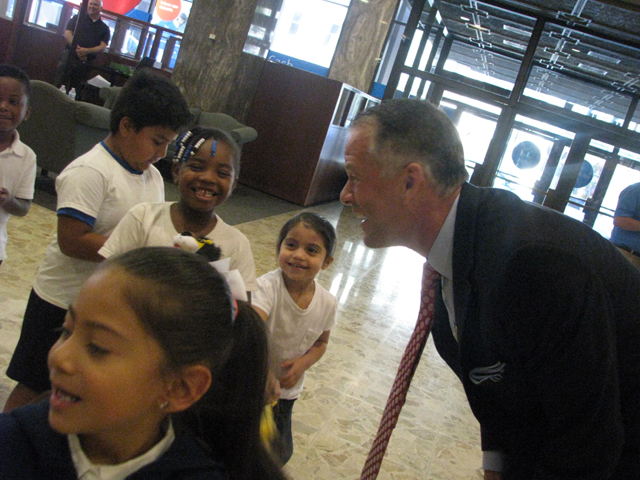