From Switzerland to Wisconsin: Roth Cheese

Wisconsin is home to nearly 60 cheesemakers who produce more than 600 different types of cheese. One of those is Roth Cheese in Monroe.

Here in Wisconsin, we’re no strangers to cheese. Or at least, we shouldn’t be.

After all, we are home to nearly 60 cheesemakers who produce more than 600 different types of cheese, including hundreds of one-of-a-kind artisanal varieties that regularly win awards across the nation and beyond.

One of those award-winning cheesemakers is Roth Cheese in Monroe.

You may have tasted their grand cru, which makes a darned great grilled cheese. Or maybe you’ve sampled their buttermilk blue, which is creamy and salty and probably one of the best entry-level blue cheeses on the market. Or maybe you’ve tried one of their brand new shredded cheese blends – like the one built especially for making macaroni and cheese.

If you were really lucky, you may have met up with one of their cheeses this summer during their Roth on the Road tour, during which their Roth Cheese food truck delivered tasty chef-inspired nibbles to unsuspecting passersby at food festivals and special events. 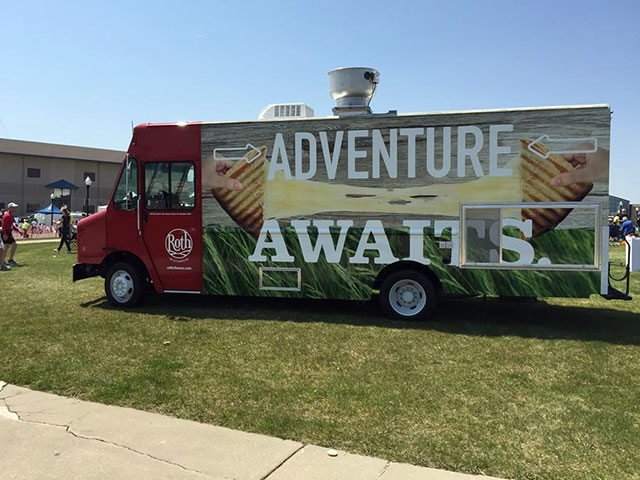 But, what you may not have realized, as you were biting into that sweet, salty, nutty Wisconsin cheese, is that it’s made by a company that was founded more than a century ago in Switzerland.

Once upon a time – more specifically, in 1863 – Oswald Roth, a 20-year-old cheesemaker from Niederbipp, Switzerland, founded a cheese company specializing in producing and exporting Emmentaler, a buttery nutty cheese which eventually became synonymous with the term "Swiss cheese."

Roth’s cheeses were delicious, and soon they were in demand across Europe and beyond. So, in 1911, Oswald’s son Otto set out to New York City with the goal of founding a company to import cheeses from his homeland. He met with success. And by 1976, Otto Roth & Co. had become the largest specialty cheese importer/distributor in the U.S. 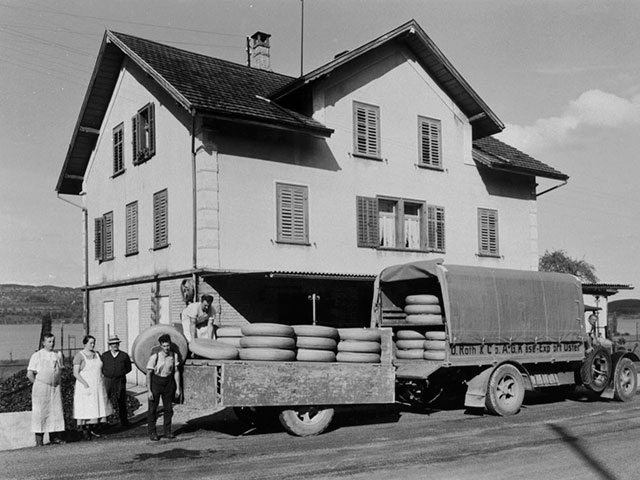 In 1990, the company decided to establish a cheesemaking facility in the U.S. Cousins Fermo Jaeckle, Felix Roth and Ulrich Roth spent time scouting out locations across the states, including Pennysylvania and Vermont, but settled on Monroe, a place teeming with high quality milk and an established Swiss heritage.

By 1991, the Roth plant was up and running, using traditional copper vats to produce its signature alpine-style cheese, Grand Cru.

But, it wasn’t an easy road. In the early 1990s, it simply wasn’t common to make artisan cheese, even in a place like Wisconsin, and early on the cheese met with myriad reactions, including, in some cases, laughter.

Back in the 1980s, many of Wisconsin’s small cheese plants had shut their doors. The masses were clamoring for less expensive cheese, and large commodity plants took over the bulk of the cheesemaking business. Fortunately, as the 1990s progressed, the food movement was growing. Consumers were becoming more aware of the beauty of specialty items. And chefs began to take an interest in the cheese industry.

And, as the specialty cheese market grew, Roth Cheese began to find its market. By 1999, Grand Cru Surchoix took home "best in show at the American Cheese Society competition. Meanwhile, the cheesemaking facility became a  as well as a training ground for young cheesemakers like Bruce Workman, who would eventually move on to start his own creamer, Edelweiss, in Monticello.

Since that time, Roth has expanded its factory in Monroe, and added a $43 million facility in Platteville, WI to meet demand for its cheeses.

But, despite all its growth, Roth still remains a family company that produces high quality, artisan cheese.

It takes a well oiled machine to produce as much cheese as Roth does – and to do it well. At the head of the pack are Roth’s cheesemakers – Rene Weber (Swiss master cheesemaker), Marc Druart (director of research and development), Robert Frie (plant manager), Israel Gonzalez (production supervisor), Brian Marckel (cellar master) and Robert Boback (production manager and head cheesemaker) – each of which play a role in creating, tasting and tending the 20 varieties of cheese that are produced in the Monroe facility. 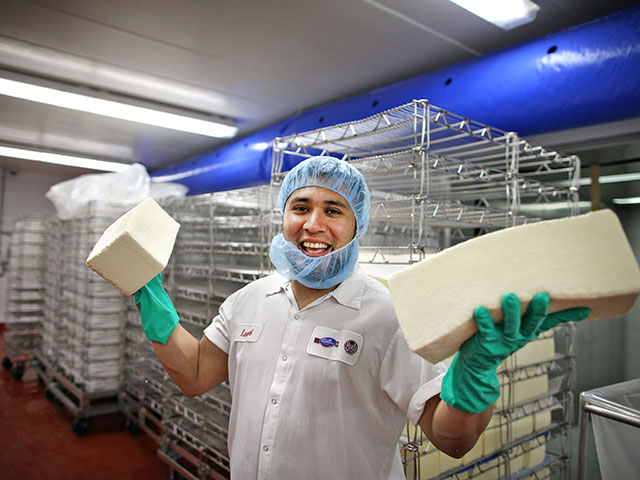 And if you ask any one of them what the secret is to making great cheese, the answer is likely to be one word: milk.

"The quality of the milk is so important," says Weber. "When I make cheese, I’m concentrating everything that’s in the milk. So, it needs to be the best."

All of the milk that goes into Roth cheeses is a mere 24 hours old, shipped from nearby dairy farms directly to the plant, where it undergoes a rigorous quality check before being standardized (a process which separates the cream from the milk), pasteurized, innoculated with cheese cultures and transferred to vats where the cheesemaking process begins.

Some cheeses, like Grand Cru, are made in copper vats. It’s a tradition that’s been observed for centuries in Switzerland, and which has been carried over to the U.S. for use among Swiss cheesemakers.

"It’s tradition," says Weber. "There’s a little bit of romance about it. But, the copper also helps in the selection of the proper bacteria for the cheese making process."

The process – which includes the addition of rennet (either animal or vegetable-based), followed by the cutting of cheese curds, the cooking of the curds, and then the pressing or forming of curds into cheese – is followed by brining, a process through which the cheese is soaked in a salt solution for between two and 24 hours to develop its flavor.  From there, the cheese is either packaged or sent to affinage, the temperature controlled aging "caves" where the cheese is washed, flipped and stored until it reaches its flavor potential, anywhere from three to 12 months or more. 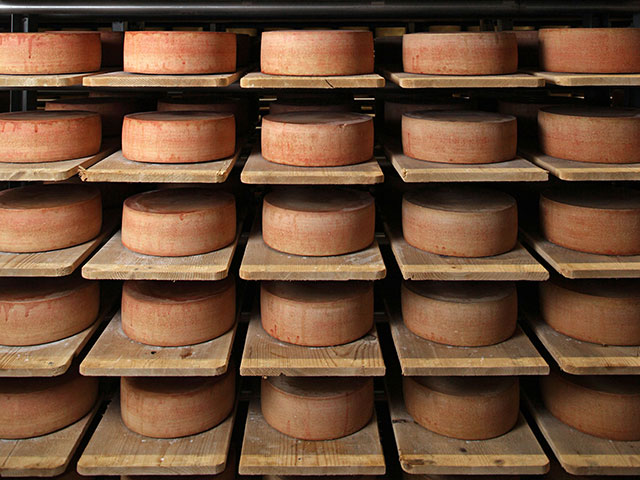 It’s a process the cheesemakers approach with care and expertise. And it’s apparent in the flavor of the cheeses you’ll find at the market, whether it’s the shredded Roth cheeses at the grocery store or the Grand Cru Surchoix which you’re more likely to find at one of the area’s specialty cheese shops.

It’s also a process you can witness, just by driving out to the Roth factory in Monroe. Although the cheese plant itself isn’t open to the public (due to food safety regulations), guests can catch a view of the cheese-making in action most days between 9 a.m. and 1 p.m. in the public viewing hall, which can be accessed through the Ap & Dell cheese shop.